Anti-romeo squads will be formed in Bengal when BJP comes to power, says Yogi 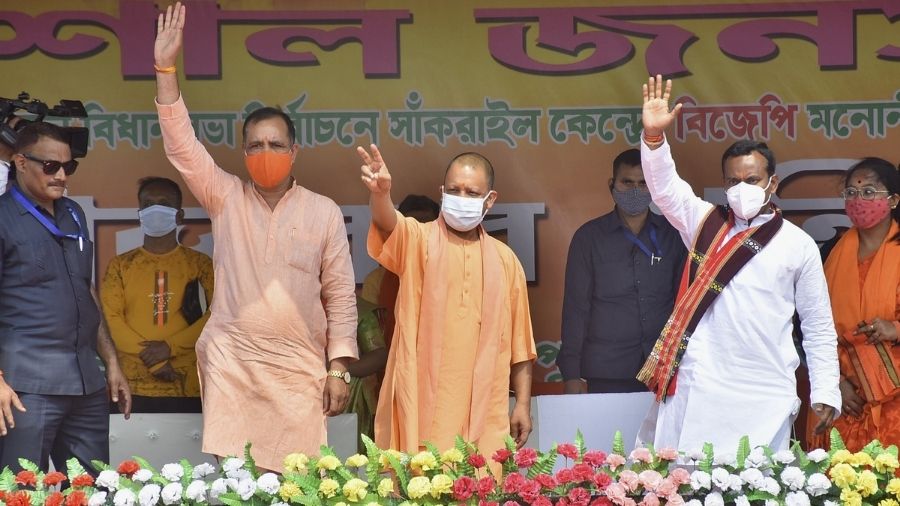 Senior BJP leader Yogi Adityanath Thursday said that anti-Romeo squads will be formed in Bengal if the party is voted to power in the state.

He said if BJP is voted to power it will put stress on women and education.

Education and transport will be made free for girls in Bengal.

Anti-Romeo squads will be formed in Bengal to deal with those who loiter around girls schools," he said.

Anti-Romeo squads were launched in Uttar Pradesh to ensure safety of women soon after Adityanath assumed power in 2017.

Bengal Chief Minister Mamata Banerjee and her party, the TMC have often referred to the Hathras gangrape case to mock Adityanath government's policing for women and the law and order situation in BJP-ruled Uttar Pradesh.

The top BJP leader criticised the Trinamool Congress government in Bengal and derided it for failing to bring in any positive change in the ten years that it has been in power.

"Where is the paribartan (change) that Mamata Banerjee had promised ten years ago,” he asked.

“When Trinamool Congress came to power in the state a decade ago it had promised to serve 'maa-maati-manush' (mother, motherland and people), which became its slogan. What happened to that slogan? I have come to ask Mamata Banerjee about it. Why is Bengal not a safe place for women? This soil had produced so many social reformers. What happened to the youth of the state who have become frustrated," he asked.

Referring to the Citizenship Amendment Act, he said it had been passed by Parliament and TMC had fanned violence against it in Bengal.

In UP the government had recovered money from those who indulged in violence and damaged public property, he said.

"Here in Bengal, TMC is all for appeasement for the sake of vote bank. Mamata Banerjee supports cow slaughter. In UP cow slaughter is not allowed. If anybody is found to be involved in it, the person goes to jail", Adityanath said.

"TMC is not allowing central schemes to be implemented in Bengal. Violence, anarchy and corruption have ruined the state", he added.

Expressing confidence that the BJP will come to power in Bengal, the saffron party leader said after the election results are declared on May 2 The TMC goons will be sent to jail. There will be an end to hooliganism and rule of law will prevail".