Operations at the land port will resume after 88 days 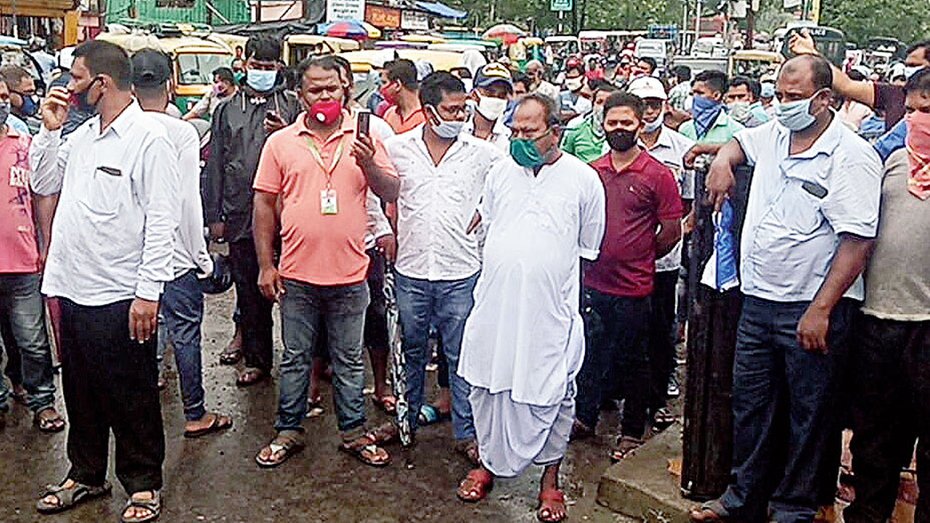 Protesters at Ghojadanga. The Bengal government’s decision to allow trade at other land ports, including Petrapole and Mahadipur, had angered stakeholders in Ghojadanga as the survival of about 2,000 families and exporters is at stake.
(File picture)
Subhasish Chaudhuri   |   Ghojadanga   |   Published 20.06.20, 03:46 AM

The Bengal government on Friday gave its nod to resume border trade between India and Bangladesh through the Ghojadanga land port from Saturday.

Trade through the land port will resume 88 days after it remained suspended because of Covid-19 and the resultant lockdown.

The North 24-Parganas district administration has set up stringent standard operating protocol (SoP) similar to what Petrapole land port adopted as a condition to undertake the trade for 12 hours a day from 6am.

However, prior to resuming the normal trade, nine Indian trucks as well as 59 Bangladeshi trucks stranded on either side of the border would return to their respective territory first.

Speaking to The Telegraph, Dipendu Biswas said: “According to the direction of chief minister Mamata Banerjee, nine Indian trucks will return first from Bangladesh and 59 from Bangladesh would leave India for the neighbouring country. This would follow the resumption of the normal export and import through the port.”