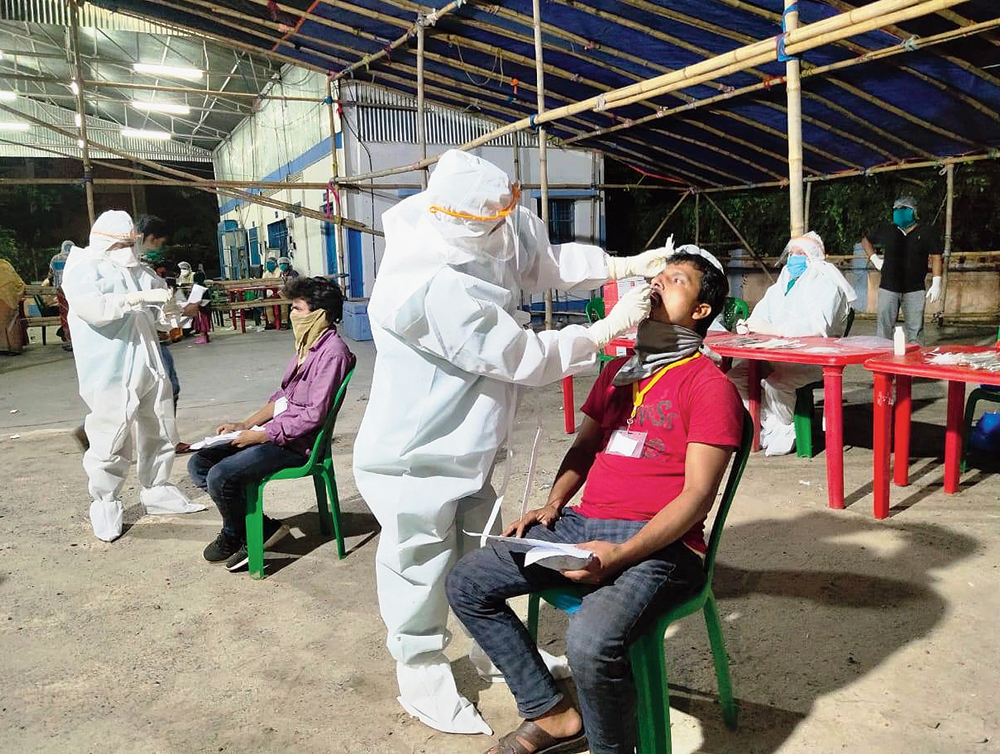 The Mamata Banerjee government on Wednesday sought to address many of the criticisms and queries raised by the Opposition or citizens on the state’s handling of Covid-19 and the lockdown.

At a news conference in the evening by Bengal home secretary Alapan Bandyopadhyay, the government sought to dispel misinformation and answer some of the key questions.

“Because there are many channels of information, and through various streams — especially social media — various anxieties have been expressed at various times, I am attempting a quick, comprehensive statement. So that all our information comes to the same page,” said Bandyopadhyay.

A senior minister pointed out that although Mamata and her government had done little wrong initially in the Covid-19 war effort, alleged lack of transparency on facts and figures, besides some reactions to accusations of mismanagement, had enabled the saffron propaganda machinery to attack the state administration.

“Now, the problem areas have been addressed. One of the foremost priorities in communication now is total transparency. That is what the statement (by Bandyopadhyay) was about,” he said.

Some of the key concerns addressed by the home secretary follow:

Bengal, from the very start, was very careful regarding Covid-19, and much before many other states, it had imposed a lockdown. Incidentally, it was our state that first raised the demand that inbound international flights should be stopped.

A trans-national talent pool was thought of and accordingly, the global advisory board was set up.

Arrangements were made for free rations for several months when it was figured out that the fight against the pandemic was intertwined with that against hunger and malnutrition. A vast majority of the people of the state, covering over 90 per cent of the poor, were taken into consideration.

Pensions for old age, widows, disability, backward classes, tribals etc were given to over 60 lakh people for two months because not having cash in hand at such a time would be inconvenient,

The state government has already given Rs 1,000 to 2.5 lakh stranded migrant workers. For frontline workers, insurance of Rs 1 lakh for treatment and Rs 10 lakh for death.

Maximum stimulus given to the MSME sector. For the resumption of economic and industrial activities, economic revival plan drawn up.

The mortality rate will appear a lot more reasonable with more tests. We have 15 laboratories approved by the Indian Council of Medical Research (ICMR). Ten more government and two more private laboratories have written to the ICMR for permission (for Covid-19 tests).

A month ago, average daily number of tests was 250, now the average has virtually touched 2,500.

Without such parameters, testing is not allowed. Testing has to be recommended by a government or a private hospital or a registered medical practitioner, provided it falls within the ICMR’s testing protocol.

The government firmly believes in the need for the return of stranded migrant labourers, tourists, pilgrims and students to Bengal and has planned for. The state government has a phased plan ready and it is already being implemented to get them back.

There are medical protocols on their return, especially those returning from Maharashtra, Delhi, Gujarat… states that have extensively been affected by the disease. But all of them will be given cordial help and assistance by our local district administration.