State bid to speed up road work in north Bengal 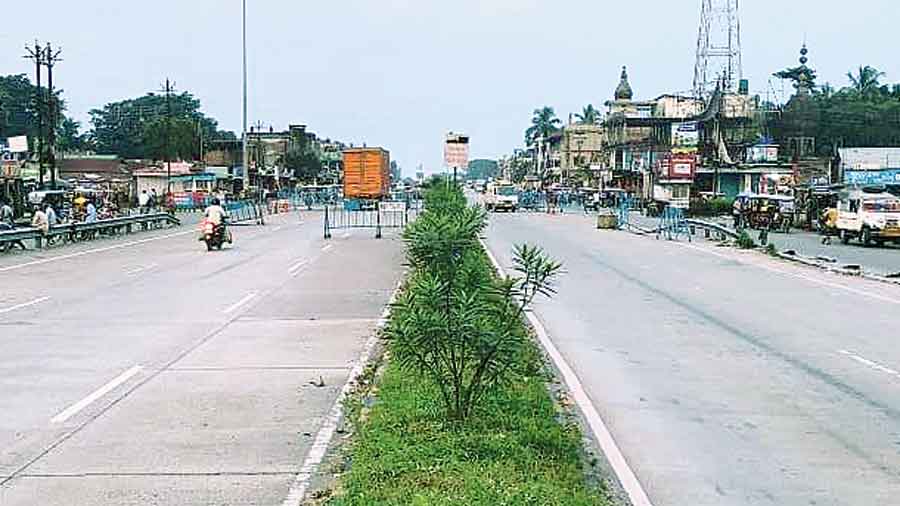 The Mamata Banerjee government has taken up the responsibility of removing the hurdles the National Highways Authority of India has been facing in executing a major road project stuck for over 20 years in north Bengal.

Nabanna has become proactive, sources said, because it realised the strategic importance of the road in the wake of changes in the Indo-China relationship in recent months.

The project is the Bengal stretch of the East West Corridor — a 3,300km highway that would connect Porbandar of Gujarat with Silchar of Assam.

The principal deterrent has been the issue of land. While at some places, people are reluctant to part with their land, there are also some stretches where people who had earlier allowed acquisition of their land are demanding more compensation now.

“It is difficult for NHAI to handle such a situation,” said a source.

The chief minister, sources said, has passed a clear instruction to Gautam Deb, the state tourism minister, to take the initiative and help the NHAI so that they can finish the project.

Multiple sources said the state government had become proactive because of the strategic importance of the road, particularly after the recent activities of the Chinese troops near the border, whether in Dokalam or in Ladakh.

“Time and again, the need to have a four-lane highway to Northeast has been emphasised at different levels. It is for the same reason that the need to build bridges over rivers like the Teesta and doubling of railway tracks was raised,” said a retired army officer in Siliguri.

However, though a new bridge has opened over the Teesta and the doubling of railway tracks is in progress, there are several stretches in north Bengal along the alignment of the corridor which are yet to be widened into a four-lane road.

Deb confirmed that he had held a meeting with NHAI officials on Thursday where he took stock of the situation. “The project has finished in most of the stretches but it is yet to complete between Ghoshpukur and Salsalabari, which is a 153km-long.  There are certain land issues at places like Dhupguri (in Jalpaiguri district) and in two blocks of Alipurduar district which we have planned to sort out at the earliest so that work can be finished,” Deb said.

Ghoshpukur is on NH31 and NH 27 (as the corridor has been named) and is on the outskirts of Siliguri ,while Salsalabari is near the Bengal-Assam border in Alipurduar. In north Bengal, the corridor that enters from Bihar and heads for Assam, moves over a stretch of 270km, of which over half has been four-laned so far.

He also mentioned that work on a 10km-road that would bypass the Islampur town is in progress and would be operational by the end of this year.
Islampur, a town in North Dinajpur district, is close to the Chicken’s Neck, that is, the stretch between the district and its neighbouring Darjeeling district where the width of India is slimmest, with Nepal in north and Bangladesh in the south.

In recent months, this is the first time that the state has made a move to help NHAI, a central agency.

“The chief minister has instructed me to work on the issue. The NHAI has also agreed to build service roads in some areas as was demanded by local people,” said Deb.

A former bureaucrat of the state has welcomed the initiative.

“It is good that the state government has realised the importance of the highway. Along with strategic issues, a four-lane highway moving through north Bengal will also expedite movement of goods and passenger traffic in the region,” he said.
NHAI officials, when asked about the project’s status, said it would take some more years to finish it.

“We are preparing a detailed project report of the Dhupguri-Falakata stretch and work has started between Falakata and Salsalabari. The work is also in progress in some other areas of the route. Altogether, we feel it would take another three to four years for us to finish the project,” said Sanjeev Sharma, a project director of NHAI posted in Siliguri.