Truck drivers carrying coal will have to produce valid challan , which will be verified with the mining company 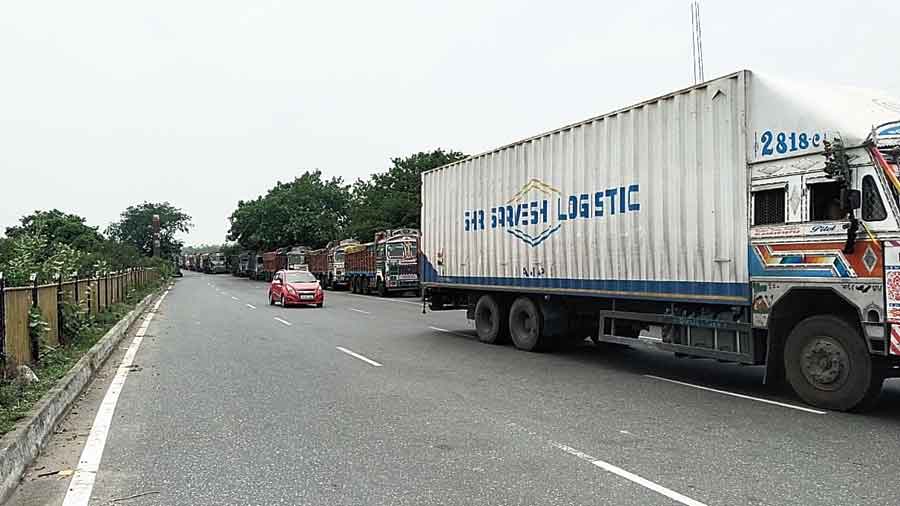 he state administration has drawn up a 14-point checklist to allow coal-laden trucks from other states to enter Bengal in a bid to crack down on illegal mineral transport across the state.

Sources said that chief minister Mamata Banerjee instructed the authorities to ensure that Bengal was not used as a corridor to transport smuggled coal.

In the checklist (special operation procedure), truck drivers carrying coal from other states and the management of the factories where the coal is supposed to be delivered will have to submit documents to the police at the check post on the interstate border to verify the coal consignment.

“The truck driver will have to produce valid challan to transport coal. We will verify it with the coal mining company. The factory management where the coal is supposed to deliver will have to submit us their business details," said a police officer in Asansol-Durgapur Police Commissionerate (ADPC).

According to the special operation procedure, consumers or receivers (factory management) of the coal consignment have to furnish documents such as communications between the coal company and the factory management on purchase of coal, purchase certificate, how much coal as raw material they have purchased from Coal India subsidiary units in the last one year, number of workers they have and their Provident Fund statements, one year bank statement of the factory or the company, three years’ income tax return statements, PAN card details of the director, proprietor and partners, GST and other registration certificates, all licences issued by the state and Centre and mining and dealership certificate issued by the state concerned.

The police said the process of verification of documents will require at least 24 hours from the time of submission. Till then, trucks will have to wait outside the borderline.

Duburdih check post on Bengal-Jharkhand border is located near Asansol in ADPC from where at least 500 trucks carrying coal enter Bengal every day. The coal is supplied to factories in the Asansol-Durgapur region.

Since May 13, the administration stopped trucks with coal from other states to enter Bengal at the Duburdih check post. The move worried factory owners as they started facing production trouble in the wake of the supply snag. Sources said that factory management took up the matter with the state government.

Sources at the check post said at least 500 trucks carrying coal enter Bengal daily through the border on an average. The coal is supplied to  industries in West Burdwan, Purulia, Bankura and Howrah.

Sources said the new prodecure to check illegal coal business was prepared after consulting the police, factory management and the coal companies and the state government was focusing on neighbouring Jharkhand and Assam borders as coal comes in through these borders.

ECL has its headquarters in Sanctoria in West Burdwan while the headquarters of BCCL and CCL are located in Jharkhand’s Dhanbad and Ranchi.

The move to check illegal coal trade and transport of smuggled coal is also significant in the backdrop of the CBI and the ED summoning several Trinamul leaders in connection with coal and cattle smuggling cases, a political observer said.