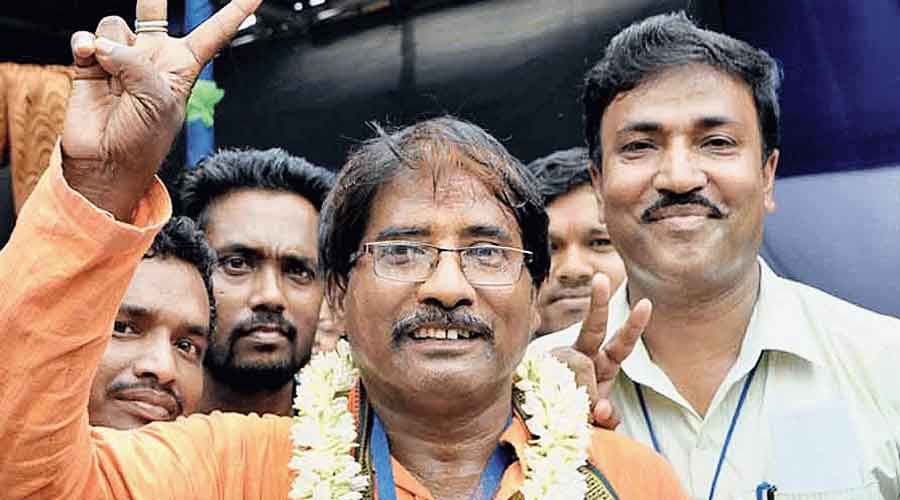 The BJP’s Ranaghat MP Jagannath Sarkar has written an appeal to Prime Minister Narendra Modi to implement the contentious Citizenship (Amendment) Act in India in order to “protect the Hindus of the whole world”.

His appeal, made in a letter dated October 17 in the context of the purported communal unrest in Bangladesh, is being viewed as an attempt to push for the implementation of the citizenship matrix as a core issue with the objective of polarisation ahead of the four bypolls in Bengal on October 30.

“It is my humble request to you to implement the CAA in India at the earliest and protect the Hindus of the whole world... If correct and strict steps aren’t taken now then jihadi forces will be encouraged in Bengal and which may lead to their atrocities here as well,” Sarkar wrote.

“I humbly submit before you to implement the CAA in India as early as possible and protect the Hindu across the globe. The entire Hindu (Sanatan) community today seeks your support in this regard,” wrote Sarkar.

Bengal BJP has  planned to exploit the Bangladesh unrest for electoral gains in Bengal. Key leaders of the state unit have attacked chief minister Mamata Banerjee for her alleged silence on the issue, although her party and its mouthpiece Jaago Bangla have been repeatedly condemning the incidents. Modi, however, is yet to end his public silence on Bangladesh.

Suvendu Adhikari, the BJP’s Nandigram MLA, has publicly said that events beyond the international border will help his party win the Santipur bypolls by a larger margin. Suvendu had also written to Modi on October 14, requesting urgent “steps” to protect the Hindus of Bangladesh.

The CAA issue, in context of the Bangladesh violence was first ignited by the party’s chief spokesperson in the state, Samik Bhattacharya. Known as a relatively moderate voice in the party, he said the CAA must be implemented in India to safeguard the interests of victims of majoritarian attacks in Bangladesh.

However, the Modi government has repeatedly deferred the implementation of the CAA which passed by Parliament on in December 2019.

On July 27, the Union government sought extension till January 9 next year to complete the task of framing the rules of the Act. The objective of the act is to grant Indian citizenship to the religiously persecuted minorities — with elaborate mention of every major religion of south Asia other than Islam — from neighbouring (Muslim-majority) countries, such as Bangladesh, Pakistan and Afghanistan.

Till Covid-19 forced a premature, inconclusive withdrawal, fierce protests from citizens across the nation had erupted against the divisive, discriminatory nature of the Act. It is widely deemed part of a trident — alongside the National Population Register and the National Register of Citizens — being used by the BJP-led Centre to further a divisive agenda and corner Muslims in India.

Mamata and her party have been among those bitterly opposed to the implementation of the triad.

Speaking to this newspaper, Sarkar claimed it was not an attempt to polarise, but acknowledged that his party has made it a by-election issue in Santipur and Dinhata, two Assembly seats located close to the Indo-Bangladesh border, which his party had won this summer even amid the Trinamul sweep across the state.

“It is not for vote-bank consolidation, rather to remind about a legitimate demand, which has become more important for the Bangladeshi Hindus, in the wake of the recent attacks on them,” he claimed.

In a bid to justify his appeal, Sarkar said: “Its implementation has become urgent since there would be a large number of Hindu people seeking refuge in India to escape the atrocities.”

“If the Union government implements the CAA, they could freely come and settle here,” he added.