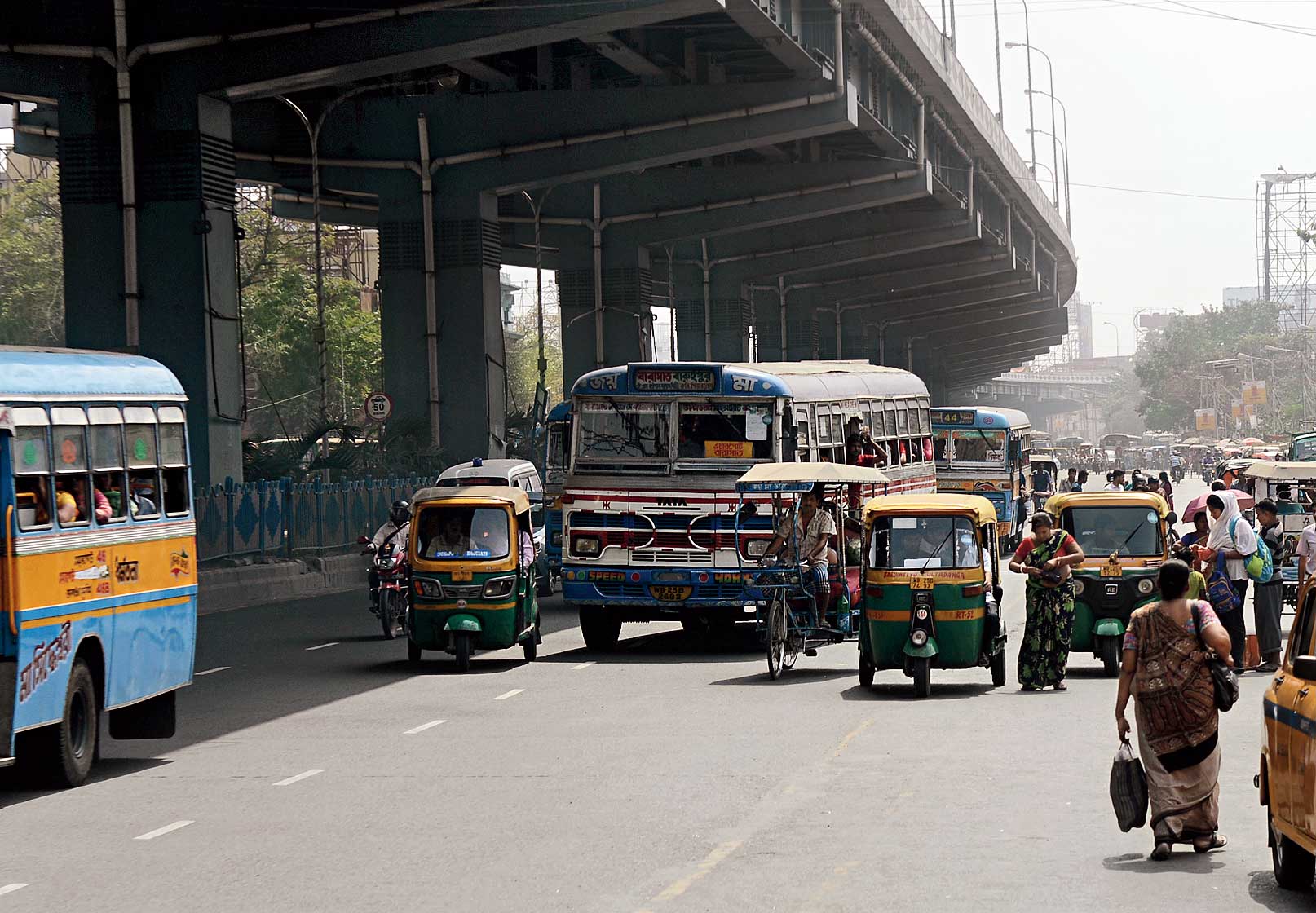 Cars, autos, buses and rickshaws flout traffic rules as they jostle for space on VIP Road. Buses and autos drop off passengers in the middle of the road instead of at designated bus stops. Slow-moving vehicles like autos, rickshaws and cycles are supposed to ply only on the service lane.
Picture by Bishwarup Dutta
A Staff Reporter   |   Calcutta   |   Published 14.03.19, 09:35 PM

A bus hit an auto on VIP Road when the three-wheeler switched flanks without warning to pick up a passenger near Baguiati bus stop on Thursday, police said.

Five people, who were in the auto, and the driver were injured as the auto then rammed into the remnant of a divider separating the road and the service lane. 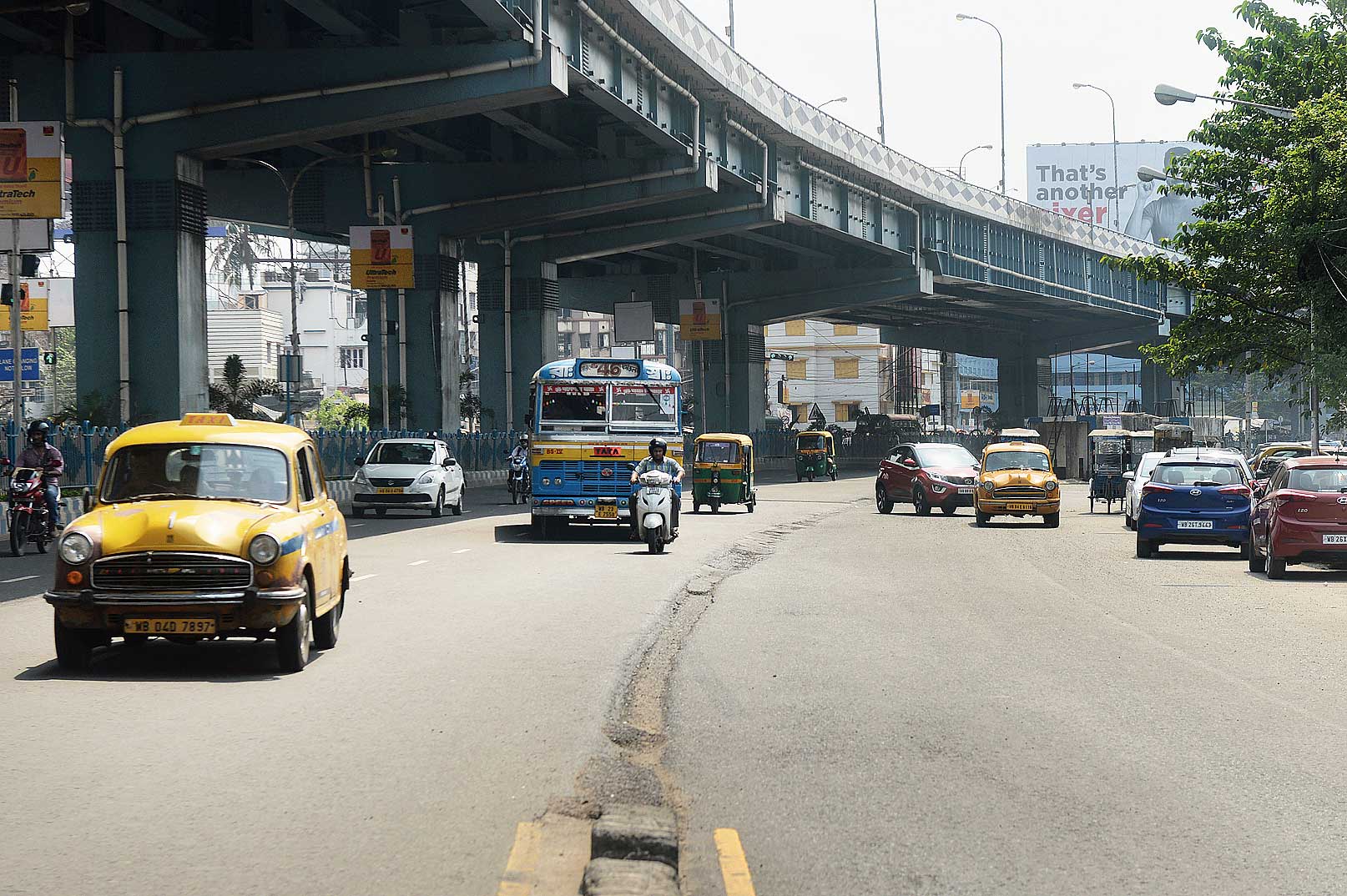 Autos are supposed to ply down the service lane (right) of VIP Road, a rule that is flouted every day near the Baguiati bus stand.
Picture by Bishwarup Dutta

Passengers of the bus and passers-by took them to a health-care unit across the road where they were treated for injuries, the police said.

A doctor who had treated them said three of the passengers and the driver were discharged after first aid. “We had kept two passengers under observation for sometime as they had hit their heads against something. They were discharged later in the day.”

Autos carrying five passengers is common in the area though the maximum permissible limit is four. 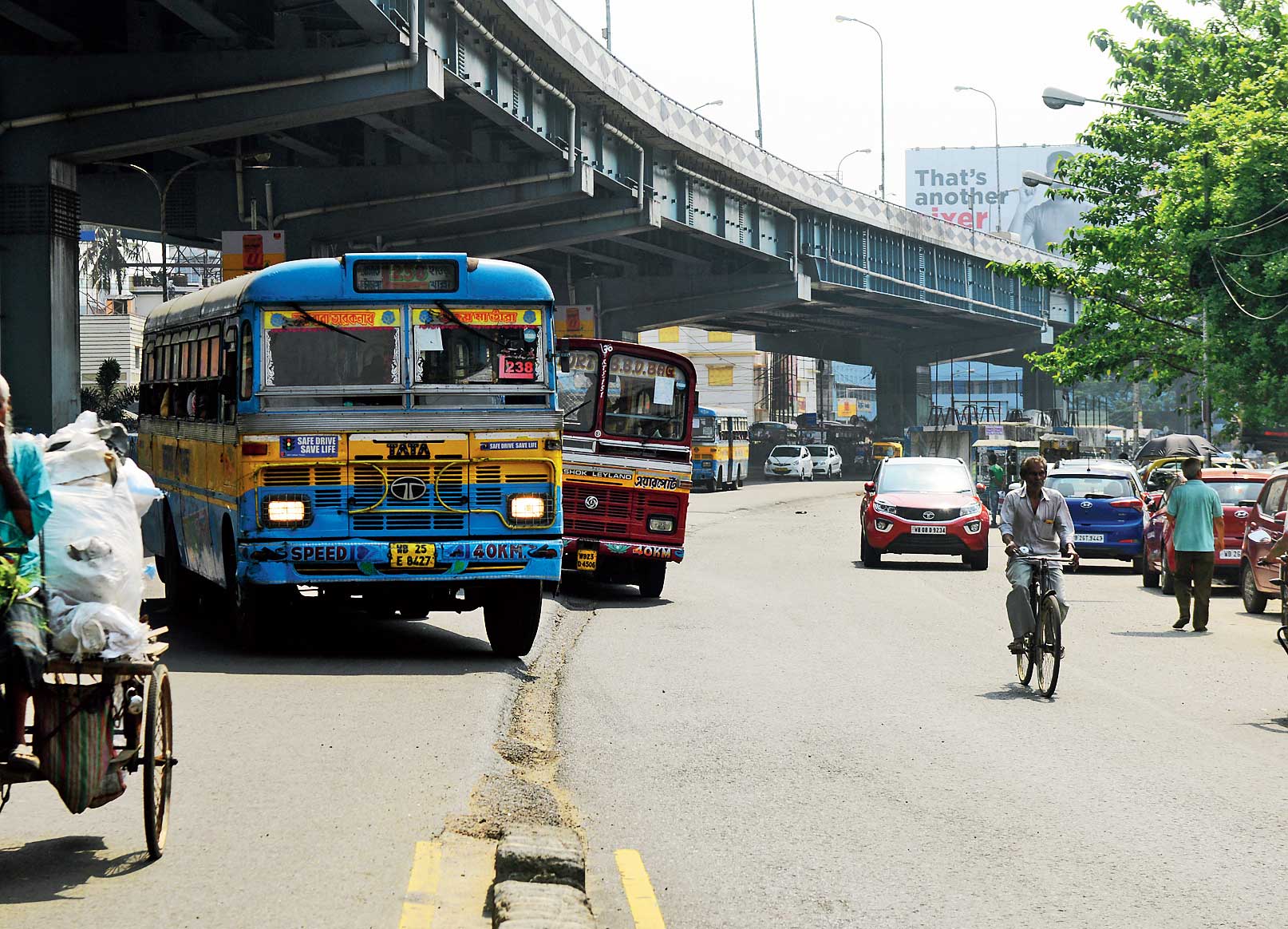 Two airport-bound buses race each other to reach passengers. The divider separating the airport-bound flank of VIP Road and the service lane was demolished so buses can cross over to drop off passengers at the bus stand. The stretch has not been levelled and the main road is a good eight inches higher than the service lane.
Picture by Bishwarup Dutta

The auto involved in Thursday’s accident was headed to the airport from Ultadanga but the driver has a permit to ply till Baguiati, an officer of Baguiati traffic guard said.

The auto and the bus on route 46 (Esplanade to airport) were headed towards the airport when the auto driver drove diagonally across the road to pick up a sixth passenger who had waved at him to stop, the officer said. The bus driver had applied the brakes but could not stop in time.

“There are tyre marks on the road indicating the driver had tried to stop the bus,” the officer said. 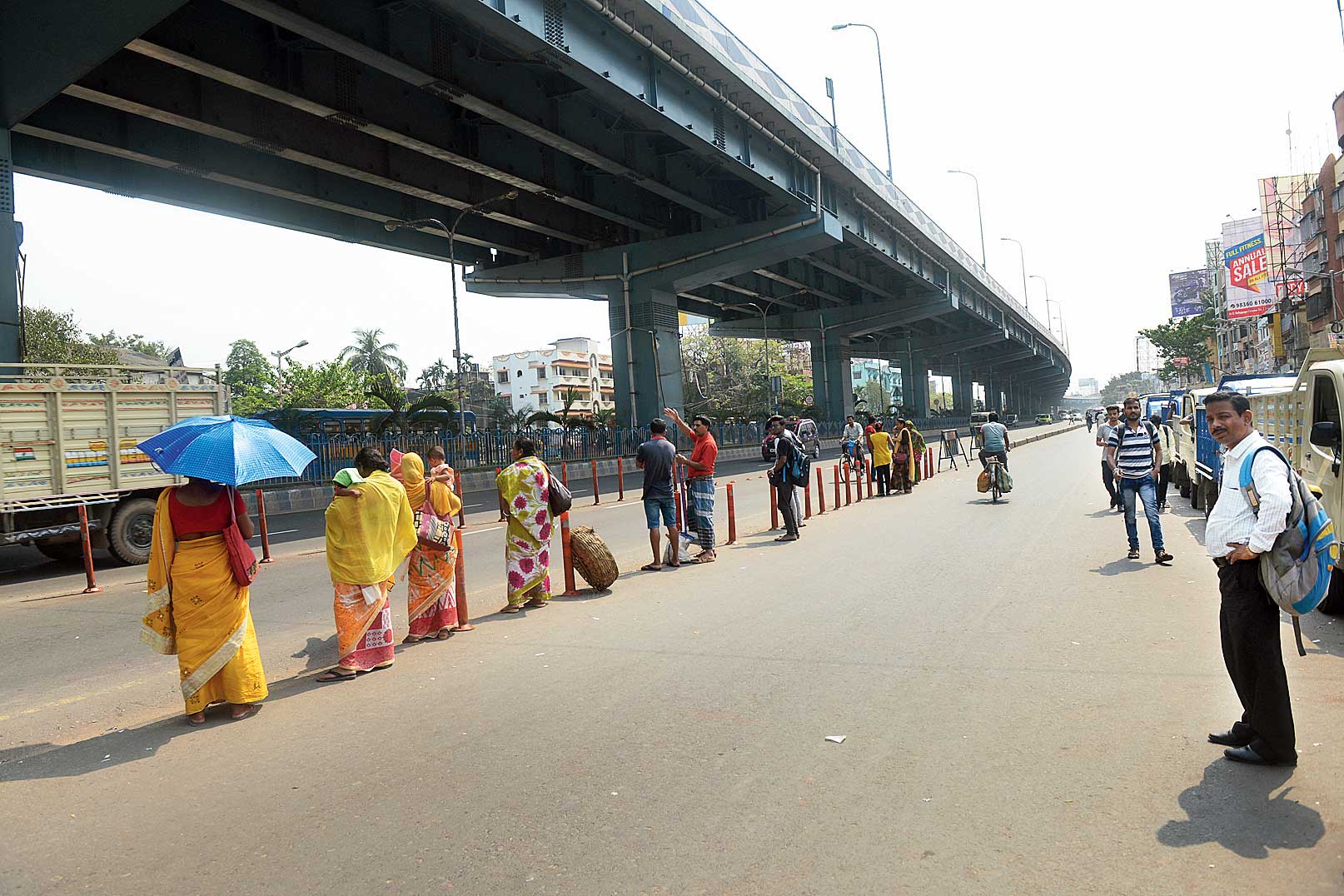 Passengers wait for buses in the middle of VIP Road instead of at the designated bus stop at least 200m away.
Picture by Bishwarup Dutta

Goutam Nayak, who was in the rear seat of the auto, said he felt a jolt before being thrown out of the vehicle. “I was lying on the road when pedestrians picked me up.”

Timir Mondal, the auto driver, said he was carrying five passengers to maximise his earnings as he had started late in the day.

Both vehicles were seized but the bus driver and conductor fled, the police said.