Lama was arrested on Sunday, three days after chief minister Mamata Banerjee had instructed the district police chief to take steps against 'a person in Kalchini' 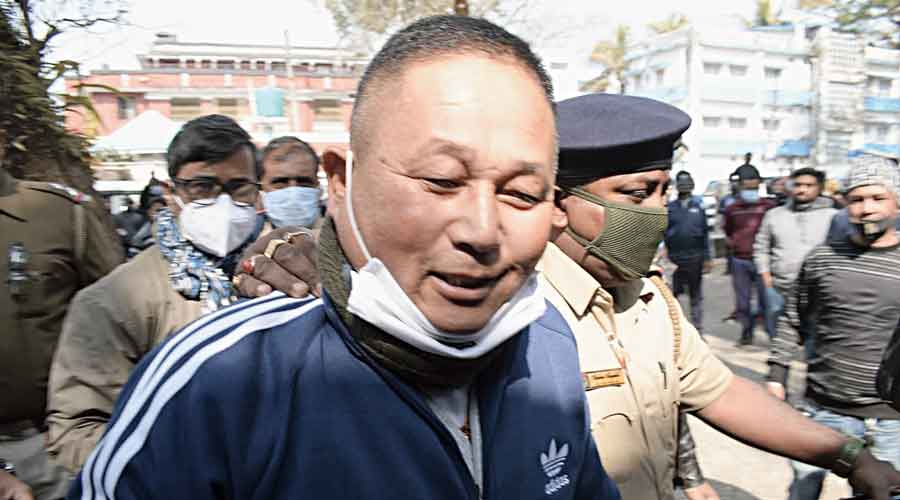 The Alipurduar district Trinamul leadership has announced the removal of Passang Lama from the post of party president of Kalchini block committee on Monday, a day after the police arrested him for having numerous pending cases against him.

Lama was arrested on Sunday, three days after chief minister Mamata Banerjee  had instructed the district police chief to take steps against “a person in Kalchini”.

“He has been removed as block president. As far as his primary membership is concerned, we are waiting for instruction from the state leadership,” said Prakash Chik Baraik, district Trinamul chief.

“He is accused of wrongful restraint, stopping government officials from discharging their duty, assault and a number of other charges. He is also accused of being involved in illegal timber trade,” said a source.

On Monday, as Lama was brought to the court premises here, around 200 youths, who claimed to be his followers and Trinamul supporters, also came. They shouted slogans for Mamata and her party as a police contingent stood guard.

“We have full faith in Didi (Mamata)... The charges against my husband are baseless,” said Kulbir Kaur, Lama’s wife.

Lama was produced at the additional chief judicial magistrate’s court. As no petition for custody was filed by the police, he was sent to judicial custody for 14 days.