Under the proposed plan, sensors, will be installed alongside the tracks, to send signals to the control room of the nearest railway station and the drivers of trains moving along the tracks 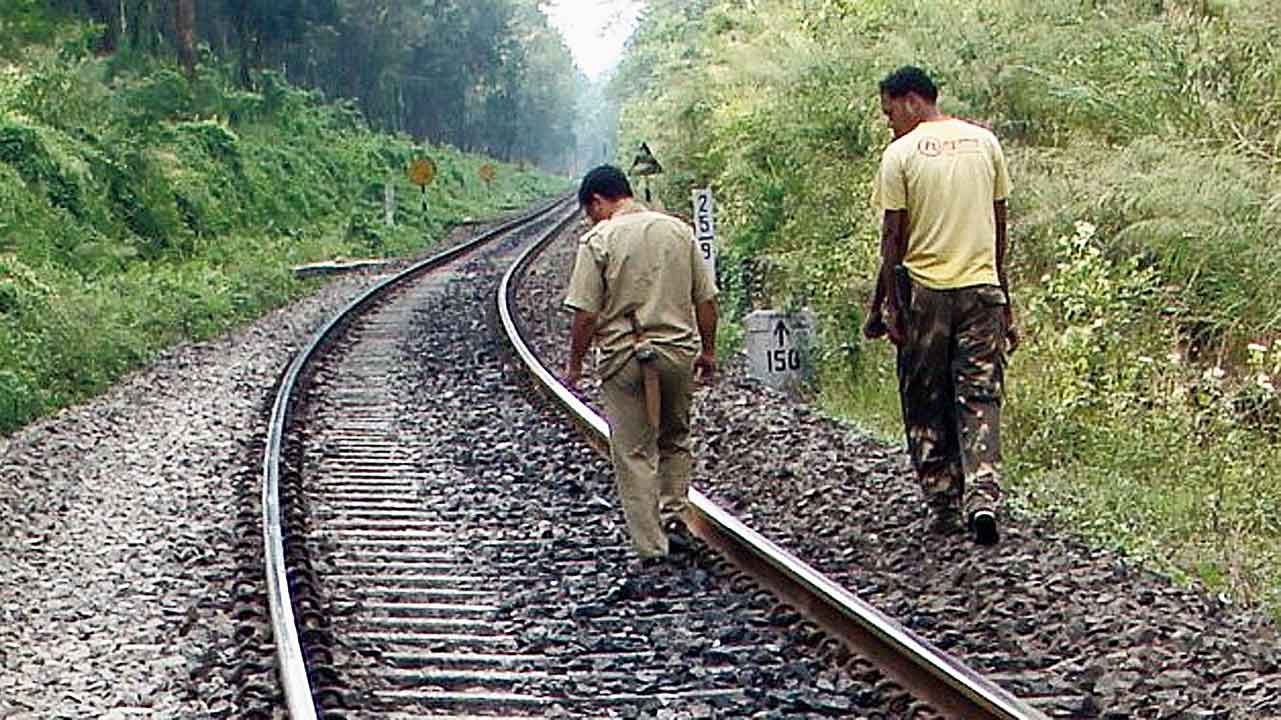 Officials of the Northeast Frontier Railway (NFR) are working on a proposal to install sophisticated sensors along the Dooars rail route to curb accidental deaths of wild animals on tracks.

The 158-km-long route starts from Siliguri Junction and ends at Alipurduar Junction, moving through stretches of reserve forests, including the Buxa Tiger Reserve.

“This railway route is a risk for wild animals. Many animals, including elephants and leopards, have been mowed down by trains while crossing tracks. We have time and again taken up the issue with the railways, and it is good that finally they have come up with a plan to install sensors that would enable the railways to alert the loco pilots to reduce the speed of trains and avert collisions with wild animals,” he said.

On Tuesday, senior railway officials, including Anshul Gupta, NFR general manager, and state forest department officials held a meeting at the Chapramari Wildlife Sanctuary of Jalpaiguri on the sensor project.

According to railway sources, there are reserve forests along 82km of the route, which include animal crossing zones.

Under the proposed plan, sensors, which work through optical fibres, will be installed alongside the tracks. In case any animal comes near the sensors, a signal would be sent to the control room of the nearest railway station and also to the drivers of trains moving along the tracks.

“The sensors would alert the control room and drivers concerned and the trains would run more slowly so that the wild animal does not get hit,” said a source.

The proposal has been sent to the railway ministry and is likely to be approved soon, said an official. “There is a plan to take up a pilot project for the installation of the sensors from the next fiscal year,” he said.

Wildlife conservationists in north Bengal have pointed out that these tracks became more risky for wild animals since 2004, when the route was converted to a broad gauge from a metre gauge.

“To the best of my knowledge, over 70 elephants, leopards, gaurs and even pythons died on these tracks in the past few years. There are specific instructions on speeding from courts, including the Supreme Court, but train hits keep happening. We hope the new sensor plan mooted by the railways will work effectively,” said Animesh Bose, a wildlife conservationist based in Siliguri.

A railway official, however, said over 100 train collisions with wild animals could be avoided in the past few years “as drivers were alert”.