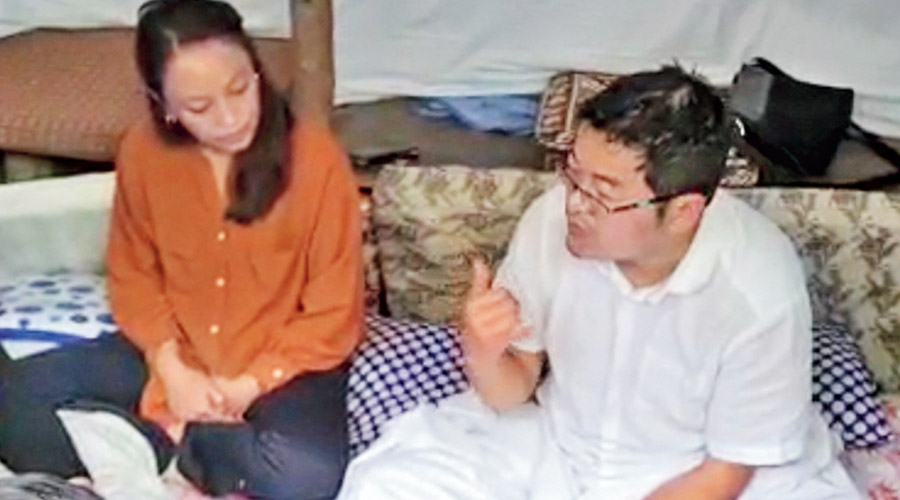 Ajoy Edwards, the president of Hamro Party, on Saturday wrote to chief minister Mamata Banerjee, requesting her to cancel the lease of Kanchan View tea garden and use the land to develop a satellite township for Darjeeling.

He alleged that the management wasn’t interested in running the tea garden but profit from the “cheap land lease” accorded by the state.

A sizable number of workers from Kanchan View tea garden, which is about 3km from Darjeeling town, started to protest since Friday, the day the garden reopened, seeking a revisit of the terms and conditions for opening. Of its 99 workers, 15 reported for work on Friday and six on Saturday.

Edwards in his letter to Mamata said while workers in many tea gardens accepted the state’s tea tourism policy of 2019, the same could not be said about Kanchan View because of the management’s role.

He alleged that since the owners of Agarwala Group Enterprise “took over the tea garden around 2008, there have been at least 12 instances of the garden being closed”.

The management has also been accused of bypassing the requirements of the tea policy. “One of the requirements  is that they should have NOCs from at least 10 screening committees but till date they have not been able to show even one  NOC,” he wrote.

Other allegations include  the firm involving two other companies on a lease of 99 years instead of developing the property on their own.

Edwards maintained he had decided to sit on a fast unto death on this issue.

Ajit Agarwala, lessee of the garden, told The Telegraph that Edwards’s  letter was factually incorrect. “I am the owner from 1963 and not 2008. He wants to save a handful of land grabbers who are unauthorised occupants and close associates of Mr Edwards,” claimed Agarwala. He rubbished the standing committee issue and said his project “was approved by the Bengal tourism department, the Gorkhaland Territorial Sabha and the Bengal cabinet.”