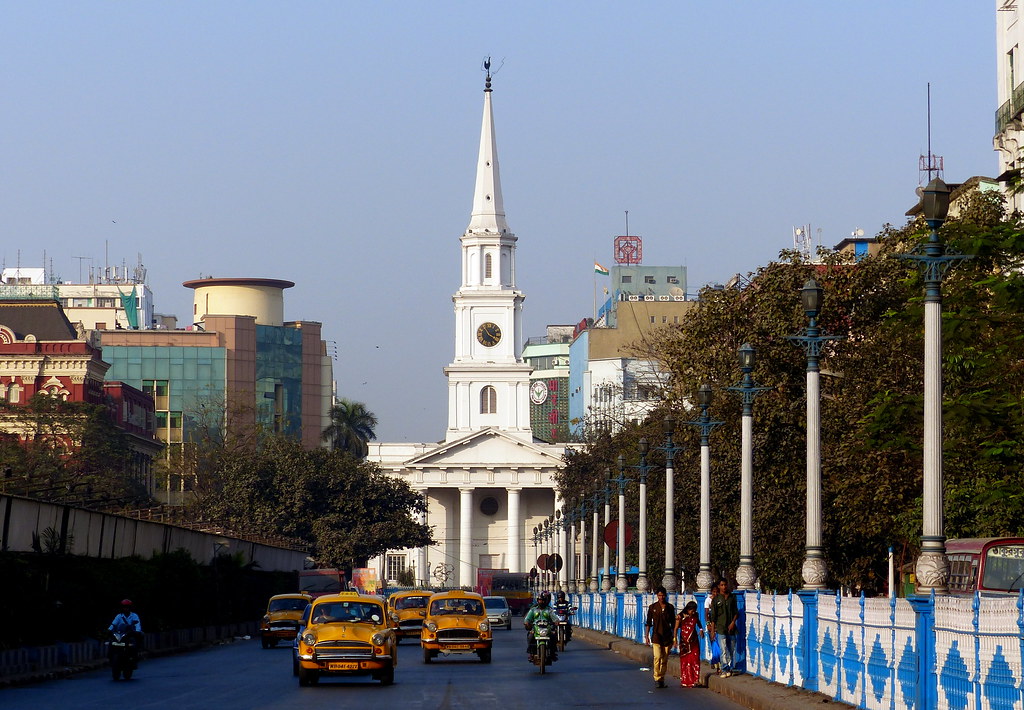 Gerry Arathoon told this newspaper: “Reverend (Swarup) Bar, the presbyter of St Andrew’s Church (in picture), was present at that meeting. I fail to understand why he had not objected to our participation that day if he knew that we had been nominated through a wrong process."
(https://www.flickr.com/photos/paulhami)
Our Special Correspondent   |   Calcutta   |   Published 20.06.19, 01:42 AM

The nominations of four acting governors of the board of the two La Martiniere schools have been withdrawn by the two permanent ex-officio members, the bishop of the Calcutta diocese of the Church of North India and the presbyter of St Andrew's Church.

The four are Gerry Arathoon, the secretary and chief executive of the Council for Indian School Certificate Examinations (CISCE); Anjali Das, the principal of United Missionary School; Suchitra Guha, a former Tata Steel HR head; and Anil Mukherji, the CEO of Tolly Club.

Their term as board members has been ended on the ground that the previous management, under former bishop Reverend Probal Kanta Dutta, had not followed rules in nominating them.

Metro spoke to two of the four members. One of them called the move 'unethical' and the other said they were considering challenging the decision in court.

The two alleged that they had been 'sacked' because they had protested the 'unilateral' decision of the two ex-officio members to remove Michael Shane Calvert from the post of the secretary of the La Martiniere schools and reinstate Supriyo Dhar.

Reverend Canning said the acting governors were nominated by the two permanent ex-officio members. 'We have examined the nomination of the four acting governors and found that the process was not right. The constitution (of the La Martiniere board) allows the permanent members to cancel the nominations and appoint new members. It is entirely their discretion,' he said.

The four governors had on Tuesday written to Reverend Canning asking him to call a meeting on June 25 to discuss why Calvert was removed without being given a chance to defend himself.

The Calcutta diocese has been witnessing a series of changes since the CNI synod removed Reverend Dutta from the post of bishop of Calcutta and appointed Reverend Canning to the post on June 10.

Revered Dutta was transferred back to Durgapur eight months after he had come from there to take charge of the Calcutta diocese.

Arathoon wrote in his letter to the bishop: '...I further understand that the purported termination of Mr Calvert's services has been made without any allegation or charge against him and without informing him as to why his services were no longer required or affording him an opportunity of being heard in connection with the same.

Mukherji wrote in his letter to the bishop: 'I was shocked and appalled to learn from newspaper reports that you have publicly announced that you will be reviewing all decisions taken prior to your assuming office.... The 2 Ex officio governors... do not have any power or authority more than the nominated and elected governors. The action taken by the 2 Ex-officio Governors is as such clearly wrongful, illegal and void.'

Arathoon told this newspaper: 'After we (the four acting governors) were nominated to the board in March, the first meeting of the board with us was held on April 1. Reverend (Swarup) Bar, the presbyter of St Andrew's Church, was present at that meeting. I fail to understand why he had not objected to our participation that day if he knew that we had been nominated through a wrong process. The letter that has been issued to the members bears Bar's signature along with that of the bishop.'

The constitution of the La Martiniere schools provides for four acting governors along with the two ex-officio permanent members.

The nominated acting governors serve for a year but their tenure can be extended.

Revered Canning said a meeting would soon be convened to nominate acting governors.