This tally does not take into account the eight-year-old killed in Varanasi on December 20. 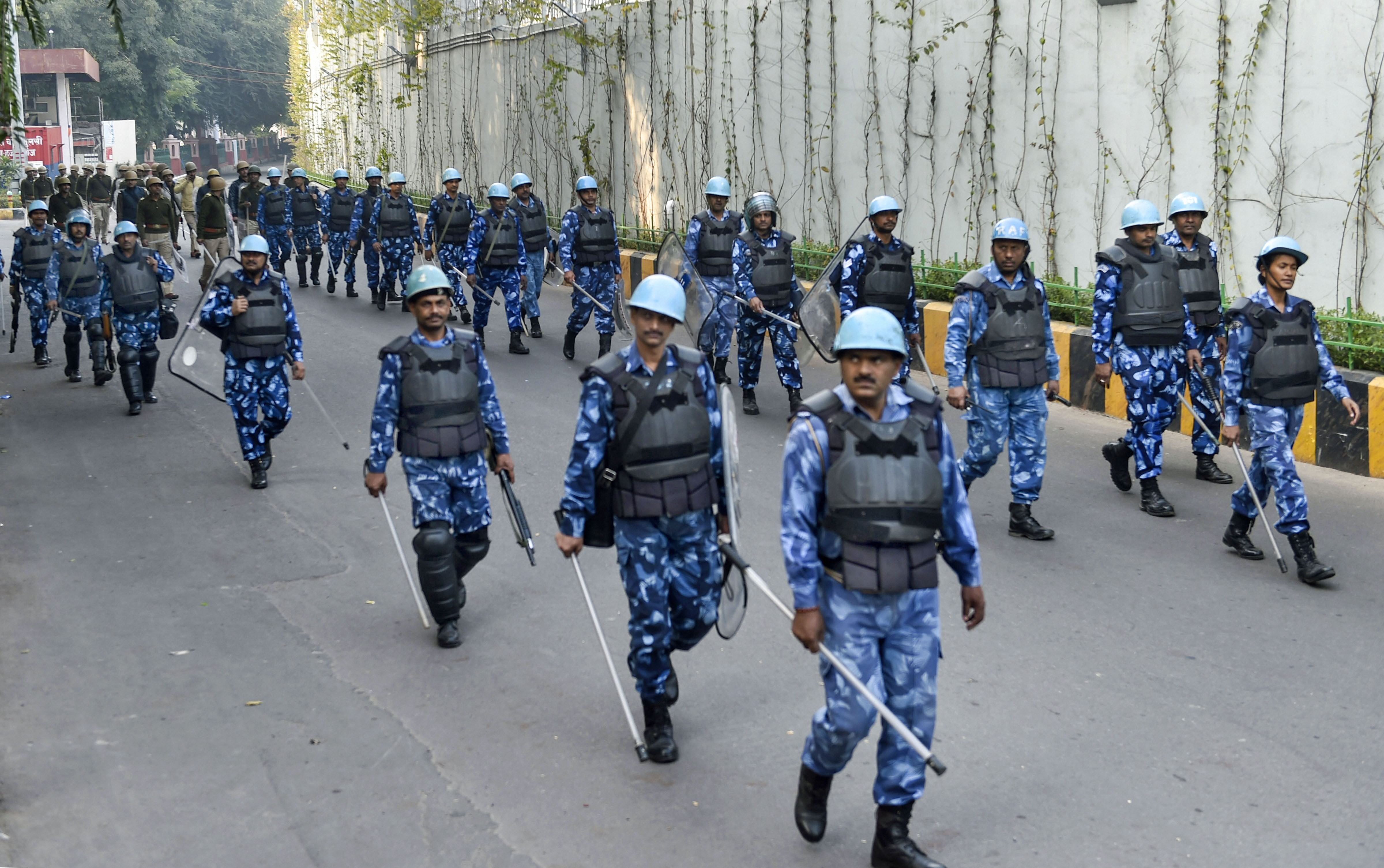 More than 1,100 people are under arrest and 5,558 kept in preventive detention following violence related to the anti-citizenship amendment act protests, officials said on Thursday, putting the death toll in police clashes across the state at 19.

Giving details of the protests that have rocked the country's most populous state since last week, police officials said five people were killed in Firozabad, four in Meerut, three in Kanpur, two each in Sambhal and Bijnor and one each in Muzaffarnagar, Rampur and Lucknow.

This tally does not take into account the eight-year-old killed in Varanasi on December 20.

'The eight-year-old was not killed in police action but in a stampede when protesters were retreating,' a senior police official told PTI on condition of anonymity.

One of those injured in Firozabad is in a 'very critical' condition, he said.

'During raids at various places, police recovered 35 illegal weapons which were used during the riots to fire at the police,' the official said.

He added that police also recovered 647 empty cartridges from various places in the state.

The state police cracked down on possible troublemakers and kept 5,558 people in preventive detention. As many as 351 policemen were also injured in the anti-CAA protests, he said.

The 1,113 arrested include social activist and Congress worker Sadaf Jafar and noted theatre artist Deepak Kabir who are being kept in a Lucknow jail. A journalist with The Hindu was also detained by the police but later released.

While Kabir is one of the founders of the Lucknow Collective and Dastak Manch and organises the annual Kabir Festival in Lucknow where various literary forms of expressions are used to celebrate values of secularism, socialism and democracy, Jafar is an actor who is part of Mira Nair's upcoming BBC series 'A Suitable Boy'.

Police in Lucknow has faced allegations of excesses in curbing protests in the state capital.

Jafar's family has alleged she suffered internal injuries because of police action. Similar allegations have been levelled by Kabir's family too. Kabir was arrested when he had gone to check on the report of Jafar's arrest.