In the absence of an Indian recurve coach, the couple struggled under cold and overcast conditions 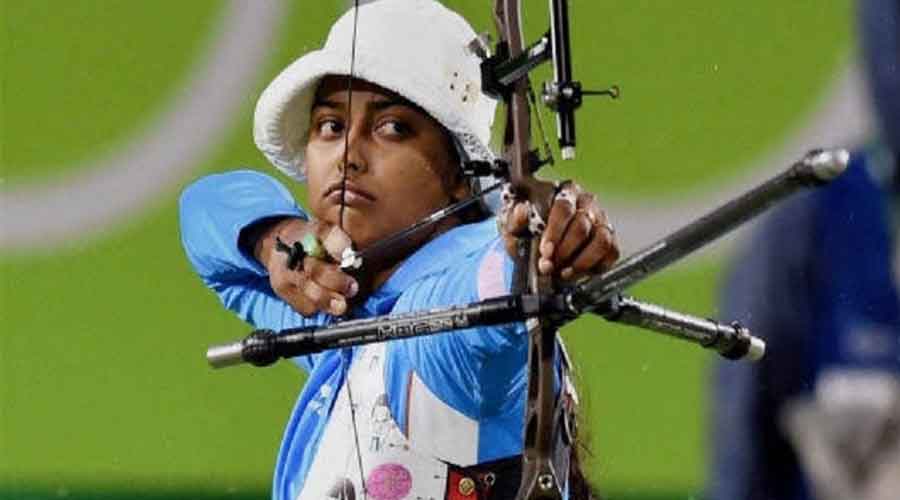 In the absence of an Indian recurve coach, the couple struggled under cold and overcast conditions here on Friday.

Das lost a one-sided bronze playoff to reigning Olympic champion Mete Gazoz of Turkey 6-0 (27-29, 26-27, 28-30). He doubled up as Deepika's coach when the world number two lost in the shoot-off to Olympic team bronze-medallist Michelle Kroppen.

Returning to action after more than two months following her quarterfinal exit at the Tokyo Games, a perfect set of 30 eluded the three-time Indian Olympian as her German rival stepped up early pressure to cruise to a 4-0 lead.

Michelle drilled in perfect scores in the first two sets (30-28, 30-29), while the third was a tie with both the archers shooting 28-all.

The world number 14 started to wobble in the fourth set, her arrow landing in the red circle (8), as Deepika seized the opportunity to win the set by one point (28-27).

Down 3-5, Deepika collected another 28 in the make-or-break fifth set to force a shoot-off.

But in the shoot-off, Deepika faltered shooting wide in the blue ring.

A winner of four silver medals and a bronze in the tournament, Deepika started off by defeating Olympic team silver-medallist Svetlana Gomboeva of Russia 6-4 in the quarterfinals.

In the semifinals, she lost to double Tokyo Olympics silver-medallist Elena Osipova of Russia 6-2.

Das began his campaign with a 6-2 win over Germany's Maximilian Weckmueller, only to go down to USA's world number one Brady Ellison 2-6.

According to sources, Deepika's childhood coach B Srinivas Rao was to join the duo at Yankton but the plan was shelved at the last moment.

"We had Lokesh Chand as compound coach, and Rao was to travel there but at last moment the plan was changed," an official told PTI without getting into specifics.

Earlier on Thursday, ace compound archer Abhishek Verma failed to add to his three World Cup Final medals, making a first round exit with a loss to eventual silver medallist Braden Gellenthien of the USA.