Losing to Brazil is nothing to be ashamed of. It was a huge experience for them and that will help in the upcoming games, says Indian coach 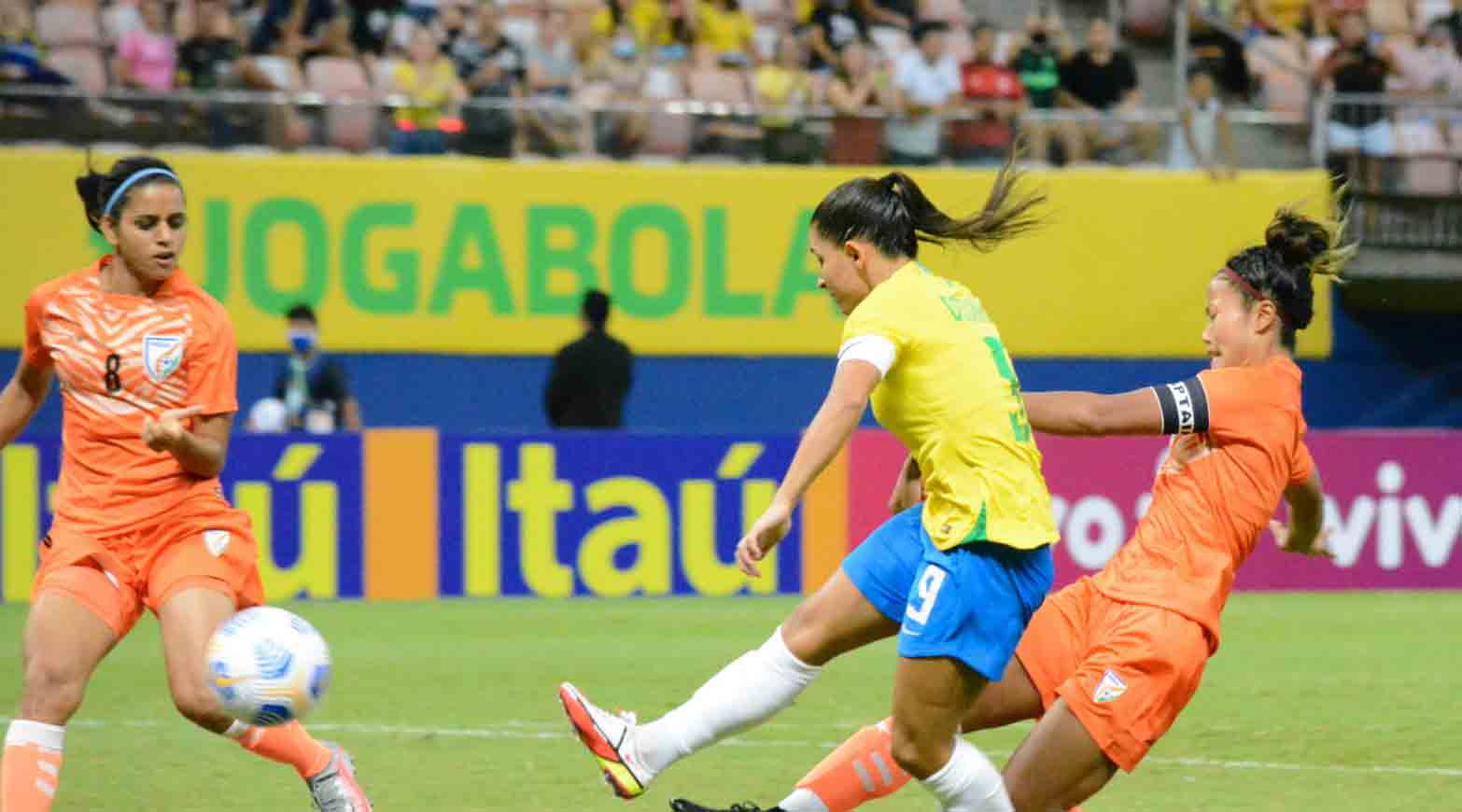 The Indian women's football team scored one goal and kept mighty Brazil at bay till late in the first half but eventually lost 1-6 in its first match of the four-nation international tournament here on Friday.

Manisha Kalyan equalised in the eighth minute for India after Debora Oliveira had put the 2007 World Cup runners-up in the lead in the very first minute of the match.

Giovana Costa put Brazil in the lead again in the 36th minute to give the home side the advantage at the breather.

Brazil, however, pumped in four more goals in the second half through Ariadina Borges (52nd and 81st), Kerolin Ferraz (54th) and Geyse Ferreira (76th) to win the match with a tennis-like scoreline.

The match marked the international retirement of legendary mid-fielder Formiga at 43 year of age after playing 26 years and 233 games for Brazil. She came as a substitute with barely 15 minutes left in Friday's match at Arena da Amazonia.

Nicknamed the "ant" for her playing style, Brazil's most-capped player Formiga played in seven World Cups and as many Olympics, after women's football was added in the 1996 Games.

She was part of the 1999 World Cup bronze-winning Brazil team and the 2007 World Cup silver medal winning side. She has also won two Olympic silver medals, in 2004 and 2008.

Ranked seventh in the world as against 57th of India, Brazil expectedly were the far dominant side with more than 70 per cent ball possession. Manisha's lone goal and goalkeeper Aditi Chauhan's strong performance were the bright spots for India.

Brazil got off to a flying start and took the lead in the first minute itself. Defender Daiana's long ball from the back found skipper Debinha whose initial effort was saved by Aditi Chauhan but the Indian custodian could do nothing about the rebound.

The Indian women roared back seven minutes later with a thrilling counter-attack to level the scores. Manisha picked up the ball on the left in her own half and ran the length of the field before finishing clinically, sending a grounder into the far post bottom corner.

Brazil surged into the lead in the 36th minute when Ariadina Borges ran down the right-wing and found Duda with a cutback. The ball bounced off, and Giovana Costa was on hand to slot it into the net.

Changing over, a quick-fire double at the start of the second half put Brazil in a commanding position. Ariadina made it 1-3 in the 52nd minute and two minutes later, Kerolin Ferraz added to the cushion.

Geyse then made no mistake from close range in the 76th minute. Five minutes later, Ariadina got her second of the match as she tapped in a rebound after Formiga's shot was saved.

For Formiga, it was an emotional moment as her mother flew down to watch her play for Brazil for the last time.

India head coach Thomas Dennerby was impressed with Manisha's goal, terming it "one of the highest quality on a football pitch."

"Individually, it is a top-class goal. It gave us a boost after conceding early on and that allowed us to come back," he said.

"Losing to Brazil is nothing to be ashamed of. We take the good things with us. It was a huge experience for them and that will help in the upcoming games."