She joins world No.2 Naomi Osaka in withdrawing from the grass court grand slam with the Japanese due to mental health issues 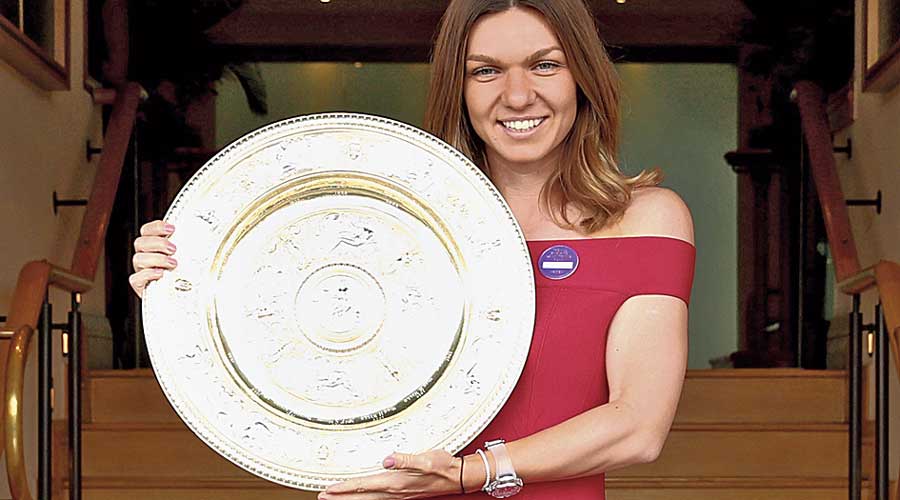 Men’s defending champion Novak Djokovic will face British teenage wildcard Jack Draper in his opening match at Wimbledon, but Simona Halep, the women’s winner at the last championships in 2019, will not feature after withdrawing on Friday.

The world No.3 Romanian said she had not been able to recover from an injury. In May Halep exited the clay court event in Rome after suffering a calf injury during her second-round match against Angelique Kerber and was subsequently forced to miss the French Open.

“It is with great sadness that I’m announcing my withdrawal from The Championships as my calf injury has not fully recovered,” the 29-year-old said on Instagram.

“I gave it everything I had in order to be ready to play Wimbledon and after having such special memories from two years ago, I was excited and honoured to step back on these beautiful courts as defending champion.

“Unfortunately, my body didn’t cooperate and I’ll have to save that feeling for next year.”

She joins world No.2 Naomi Osaka in withdrawing from the grass court grand slam with the Japanese also skipping Wimbledon following her withdrawal from Roland Garros due to mental health issues.

In their absence, Belarusian Aryna Sabalenka will climb up to be the number two seed behind top-ranked Australian Ashleigh Barty.

World No.1 Djokovic is halfway to a calendar-year Grand Slam after winning the Australian and French Open titles, taking his overall tally to 19 majors. Draper, 19, will be making his grand slam main draw debut. 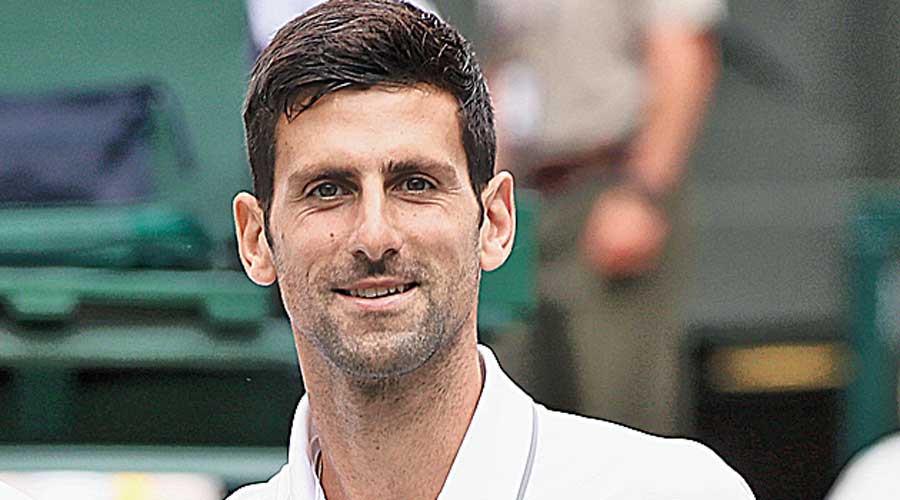 Serena Williams, who Halep beat to won the title in 2019, will begin her latest quest to claim a record-equalling 24 Grand Slam titles, against Aliaksandra Sasnovich of Belarus.

Women's top seed Ashleigh Barty will face a first-round match against Carla Suarez Navarro who recently returned to action having recovered from cancer.

Eight-time Wimbledon champion Roger Federer, who turns 40 this year, takes on Frenchman Adrian Mannarino in round one.

Federer, will have to potentially overcome world No.2 Daniil Medvedev of Russia, and Germany’s Alexander Zverev to reach a 13th Wimbledon final.

Federer has a 101-13 match record at Wimbledon since his debut in 1999. The sixth-seed Federer, who has beaten Mannarino six times overall, could face Queen’s Club Championships runner-up, England’s Cameron Norrie, in the third round.

Federer would be hoping to bounce back from a second-round loss at the Noventi Open in Halle (Germany) last week as he seeks a record-breaking 21st Grand Slam championship.

Should Djokovic avoid a first-round shock he could play South Africa's Kevin Anderson in the second round, which would be a repeat of the 2018 final.

His prospective semi-final opponent is third seed Stefanos Tsitsipas who he beat in this month’s French Open final.

Serena gets another opportunity to match the record of Australian Margaret Court and her draw looks reasonably kind too. Her first big test could be Germany's 25th seed Angelique Kerber.

The standout match of the women’s opening round sees twice Wimbledon champion Petra Kvitova, seeded 10, up against former US Open champion Sloane Stephens.