When Hafeez almost gave up

Hafeez said that he had decided to announce his retirement from cricket but wife Nazia and former Pakistan fast bowler Shoaib Akhtar stepped in to persuade him to continue. 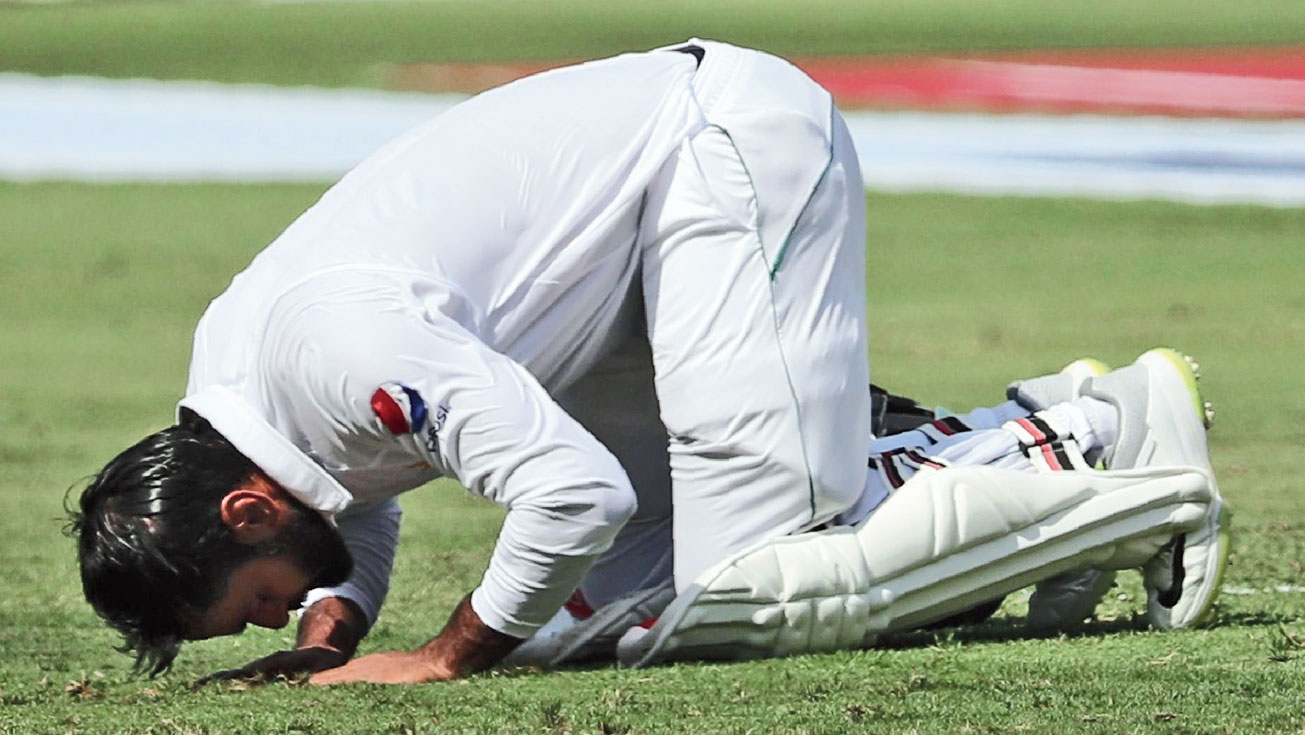 Sunday posed a tough test for Pakistan and more so for senior pro Mohammed Hafeez. While Pakistan were taking the field for the first time after their Asia Cup disappointment, Hafeez was making a comeback into the Test team after more than two years. Both passed with flying colours.

On the opening day of the first Test against Australia, in Dubai, Pakistan put up a strong performance reaching stumps at 255 for three. Hafeez registered a century as he and his opening partner Imam-ul Haq (76) shared a 201-run partnership for the first wicket.

After his successful return, Hafeez revealed how he had almost decided to give up cricket at one point.

Hafeez said that he had decided to announce his retirement from cricket but wife Nazia and former Pakistan fast bowler Shoaib Akhtar stepped in to persuade him to continue.

“I was mentally disturbed after being dropped from the Asia Cup team,” Hafeez said at the media conference at the end of the day’s play. “I could have taken a drastic step, but I was stopped by my wife and then Shoaib Akhtar phoned me as well.

“I could have been doing something else (had I retired). But probably this was the place where I had to stage a comeback. When I came back in the team all the players welcomed me and gave me confidence and that increased my inner energy.”

Expressing his happiness with his performance, he said: “I’m so happy… I tried my level best in the last couple of years to get back into this format. To get a chance in the team after a long time, waiting for that, and now performing… I’m really happy to have done something good for the team.”

Asked if he had any fear while batting on Sunday, the 37-year-old said: “No fear at all… I back myself… I knew whenever it’s the right time, I would get back into the team, will perform… I’m happy that I performed. There was no fear as I had prepared myself. The whole team gave me a lot of confidence during the practice sessions. Also, as a senior I wanted to do well. I have started well of course.”

Hafeez feels that if Pakistan manage to add 200 more to their total, their bowlers would be able put the Aussies under pressure.

“Pitch was getting slow, there was some early moisture, but we managed well. Imam gave me a lot confidence from the other end, he played an exceptional knock… We have 250-odd on the board, we need 200 more… Then we will have a better chance,” he said.