Here's everything from the event which marks the end of the Games. The next stop is Paris 2024 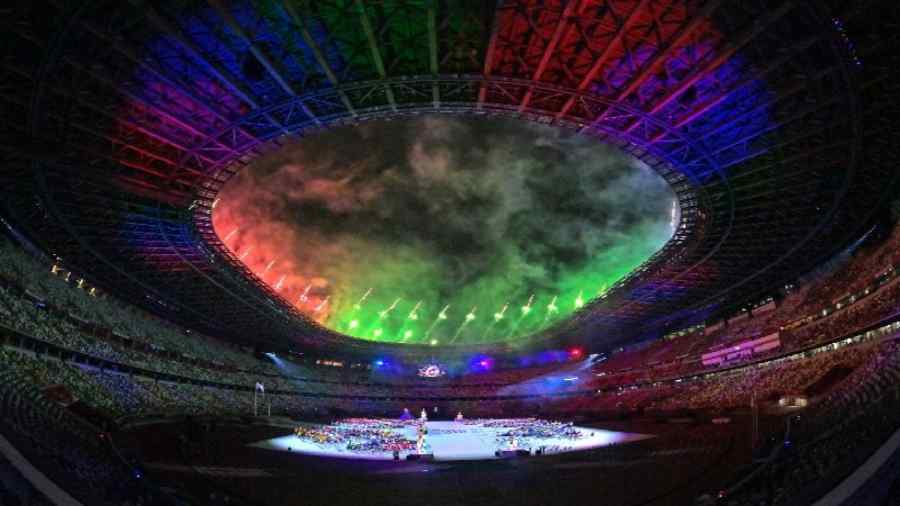 As flag bearer of India, 19-year-old Avani Lekhara led the country's contingent at the Tokyo Paralympics closing ceremony on Sunday.

The country's latest shooting sensation had won a gold in R-2 women's 10m Air Rifle Standing SH1 event on Monday before claiming the 50m Rifle 3 Position SH1 bronze on Friday. Lekhara, who was paralysed below the waist after a car accident in 2012, is only the Indian to win multiple medals in a single edition of the Games.

Here's the video of Avani carrying India's flag at the event:

#WATCH | Japan: 19-year-old shooter Avani Lekhara, who won gold & bronze medals at the Tokyo Paralympics, led the Indian contingent during the closing ceremony of the Games

Here are some snippets, including a message from India's Prime Minister Narendra Modi:

In the history of Indian sports, the Tokyo #Paralympics will always have a special place. The games will remain etched in the memory of every Indian and will motivate generations of athletes to pursue sports. Every member of our contingent is a champion and source of inspiration.

The theme for the Closing Ceremony:

Before Lekhara, Joginder Singh Sodhi had won a silver and two bronze medals in the 1984 Paralympics. Another shooter, Singhraj Adana, joined the exclusive club on Saturday when he added a silver in P4 Mixed 50m Pistol SH1 event to the bronze in the P1 men's 10m air pistol SH1 event he won on Tuesday.

Shot-putter Tek Chand was India's flag-bearer for the Paralympics opening ceremony on August 24 after he replaced high jumper Mariyappan Thangavelu in the last minute.

Mariyappan, who won a silver here, was quarantined along with five other Indians after coming in close contact of a Covid positive person during his flight to Tokyo.