Being humans we will make mistakes but it is how we get through them that counts: Hamilton 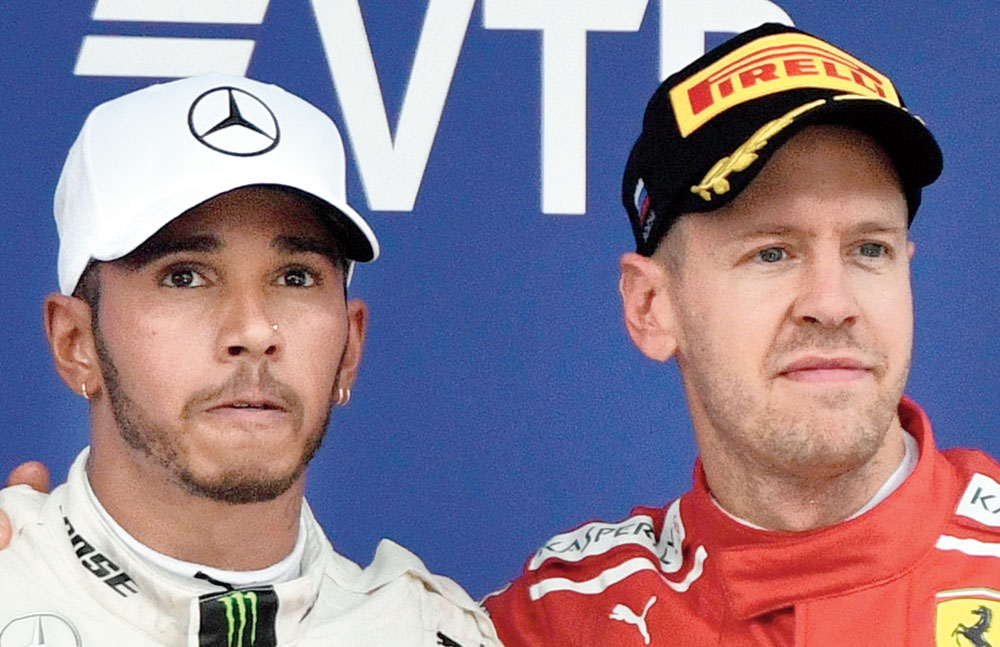 Formula One world champion Lewis Hamilton has defended Sebastian Vettel after the Ferrari driver’s title hopes effectively ended in Japan at the weekend.

“I feel the media need to show a little more respect for Sebastian,” Hamilton wrote at the end of an Instagram story from a fashion show in Tokyo.

The Briton stands on the brink of securing his fifth championship after winning six of the past seven races for Mercedes to lead his German rival by 67 points with four races remaining.

Vettel tangled with Red Bull’s Max Verstappen at Suzuka while trying to pass for third place, a collision that left him fighting back from 19th to sixth after starting eighth on the grid.

Both Ferrari and Vettel have been criticised for glaring strategy errors, such as selecting the wrong tyres in final qualifying in Japan, and a string of mistakes made on track in the heat of battle.

It described Ferrari as lost, lacklustre and victims of too many mistakes of their own making.

The Gazzetta dello Sport had also criticised Vettel as a driver “who learns nothing from mistakes”.

“You simply cannot imagine how hard it is to do what we do at our level, for any athlete at the top of their game that is,” said Hamilton. “It is to be expected that being humans we will make mistakes but it is how we get through them that counts.”

Vettel won the first two races in Australia and Bahrain and appeared to have the faster car for much of the first half of the season.

He made a big error in Germany, sliding into the barriers while leading on a slippery track, to put Hamilton back in front in July and the Mercedes driver has not looked back as Ferrari’s season unravelled.

The death of president Sergio Marchionne in July also came as a huge blow to the Italian team, who have not won a championship for a decade.

Others have pinpointed the lack of leaders with backgrounds in racing rather than sponsorship, senior management or marketing.

Since Hockenheim, Hamilton has taken 168 points from a maximum 175 available while Vettel, who won his four world championships with Red Bull, has managed only 93.

The Briton will become only the third driver to win five titles or more if he scores eight points more than Vettel in Texas next week.

“As was the case last year, in September and October Ferrari seems to have gone off the rails,” commented Ross Brawn, Formula One’s managing director for motorsport and a former Mercedes team boss as well as ex-Ferrari technical director.