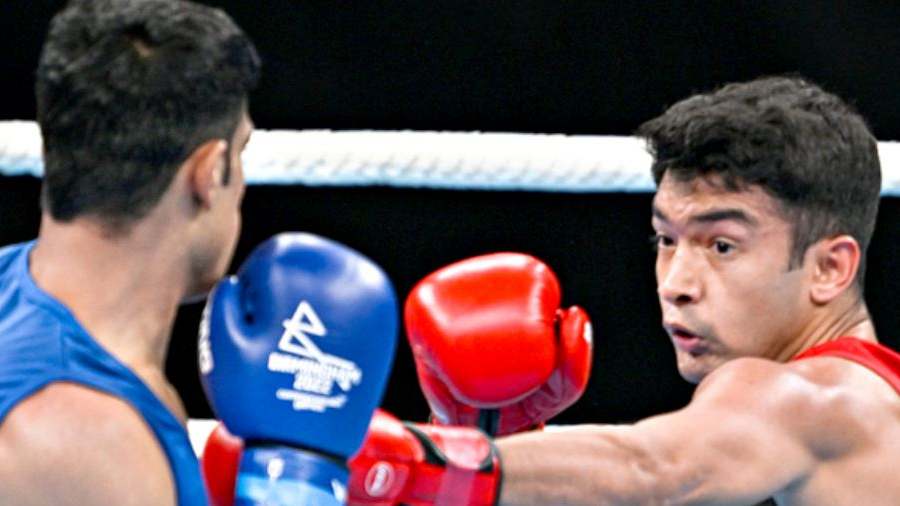 Ace Indian boxer Shiva Thapa began his Commonwealth Games campaign with a victory against Pakistan’s Suleman Baloch in the first round of the 63.5kg category, here on Friday.

The 28-year-old Thapa registered a comprehensive 5-0 win over Baloch to move to the pre-quarter finals of the light welter weight category. Thapa was technically far superior to Baloch and landed a flurry of sharp punches on his opponent.

India’s men’s and women’s table tennis teams had easy starts to their respective campaigns with identical 3-0 victories over Barbados and South Africa, respectively. In a group 3 encounter against minnows Barbados, the pair of Harmeet Desai and G Sathiyan steamrolled Kevin Farley and Tyrese Knight 11-9, 11-9, 11-4 while Sharath Kamal made short work of Ramon Maxwell 11-5, 11-3, 11-3 in less than 15 minutes.

The Indian women’s hockey team began their campaign with a 5-0 win over Ghana. The Savita Punia-led team was, however, far from impressive in their first Pool A game.

Gurjit Kaur (third, 39th minutes) scored a brace, while Neha Goyal (28th), Sangita Kumari (36th) and Salima Tete (56th) struck a field goal each for India. Penalty corner conversion haunted India as they made use of just one of the 10 chances that came their way.

India completed a 5-0 whitewash of Pakistan in their badminton mixed team campaign opener.

The 21-year-old from Bangalore was the third fastest swimmer in his heat and fifth fastest overall.