SAI reaches out to somersault kids 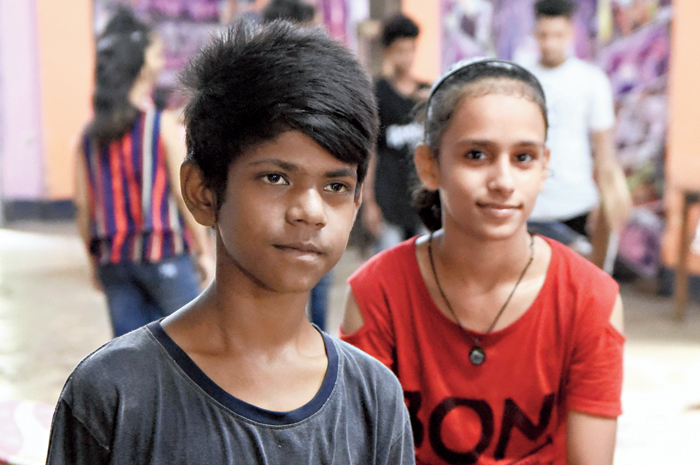 Lady Luck is smiling on the two kids, Jashika Khan and Mohammad Azajuddin, who became stars on the social media after a video of them somersaulting and cartwheeling on the way to school went viral.

On Wednesday, the duo were called for trials by Manmeet Singh Goindi, the regional director of SAI Eastern Centre and he was impressed with what he saw. “Yes, I have met the kids. The coaches here too have seen them,” Goindi told The Telegraph.

“They are certainly talented and have the desire to achieve much. I have spoken to their parents and both sets of parents are keen to enrol the children here.”

Naturally so, as 11-year-old Jashika, a Class VII student, lives with her parents and two siblings in a one-room house in a Garden Reach slum. Her father is a driver while her mother works in a tailoring shop. Azajuddin, who is 12, is in Class VIII. His parents are labourers. Both are students of Sanghamitra Vidyalaya.

“At SAI, not only will the children get food, lodging and proper education, they will also be trained under qualified gymnastics coaches. Plus, the right equipments will be made available to them. They will practise in proper indoor halls. No more will they have to jump around on the road and somersault on concrete, risking injuries,” Goindi continued.

“Theirs is also the right age for induction into gymnastics training.” he said.

The story was first reported by this newspaper on Tuesday.

The video had impressed, among others, gymnast Nadia Comaneci, a five-time Olympic gold medallist.

“This is awesome”, she tweeted after seeing the video of the duo somersaulting and cartwheeling in their school uniforms, school bags on their back, on the road. “Outstanding…on the way to school,” she tweeted again a day later.

Sports minister Kiren Rijiju was also aware of Comaneci’s praise and tweeted: “I’m happy that Nadia Comaneci tweeted it! As first gymnast who scored perfect 10.0 at the 1976 Montreal Olympics, and then, received six more perfect 10s to win three gold medals, it becomes very special. I’ve urged to introduce these kids to me.”

Jashika and Azajuddin have no experience in gymnastics and were only trying out the moves in front of their dance trainer, Shekhar Rao. Rao trains the kids for free in hip hop and B-boying at the Eternities Dance Academy.

While their confidence impressed Goindi, he is worried that too much of media glare may work to the contrary.

“People should realise that these are but kids. And have never been in the limelight before. Over-attention may go to their heads,” Goindi said.

The formalities have to be completed, forms to be filled up and medical tests done.

But Jashika and Azajuddin look set for a bright future.