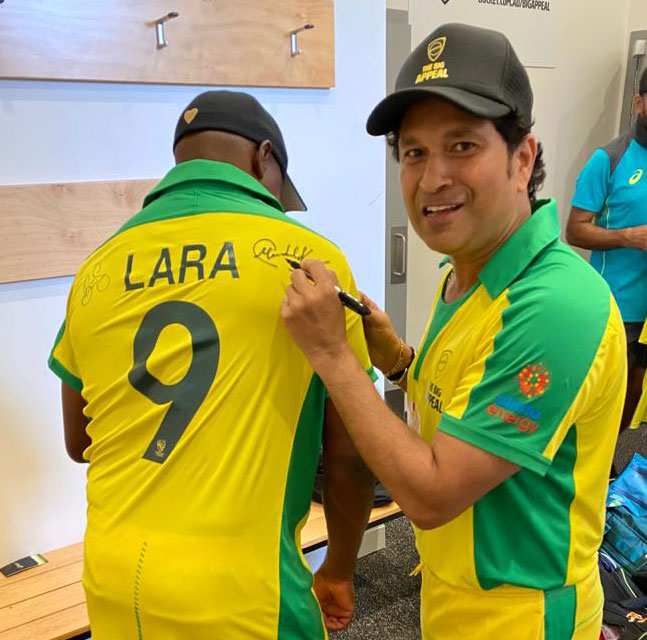 Never was an innings break so anticipated in a game of cricket.

It lasted for five-odd minutes, but for Sachin Tendulkar devotees, even that was good enough time if their ‘God’ is out there on the 22 yards in a country where he is revered no less than his own.

And those five minutes of just putting bat to ball for raising funds for Bushfire charity will be archived with much care as much as his 100 international hundreds.

With a dodgy shoulder, Sachin didn’t take part in the charity game, but played an over from Australia’s superstar woman cricketer Ellyse Perry during the break.

Perry had challenged Sachin to face her for an over in a video message on social media, which the Indian legend had accepted. Used to seeing him either in spotless whites or in the India jersey, the fans at the Junction Oval ground must have been chuffed watching him come out in Australian yellow.

The helmet was yellow, the pads weren’t ultra-light and the bat sported the kookaburra logo, but who cared for those five minutes. The first delivery by Perry was tucked off his hips and the fielder at short fine-leg let it go much to her embarrassment. He repeated the shot towards deep square leg and got a couple. “It’s an incredible feeling to bowl to Tendulkar and watch Brian Lara bat,” said Perry.

Lara, meanwhile, hit a stylish 30 not out in the charity match. His captain Ricky Ponting also hit 26 as his team made 104 for five from their 10 overs. But despite a valiant effort from the Gilchrist XI, Ponting’s side won by one run.