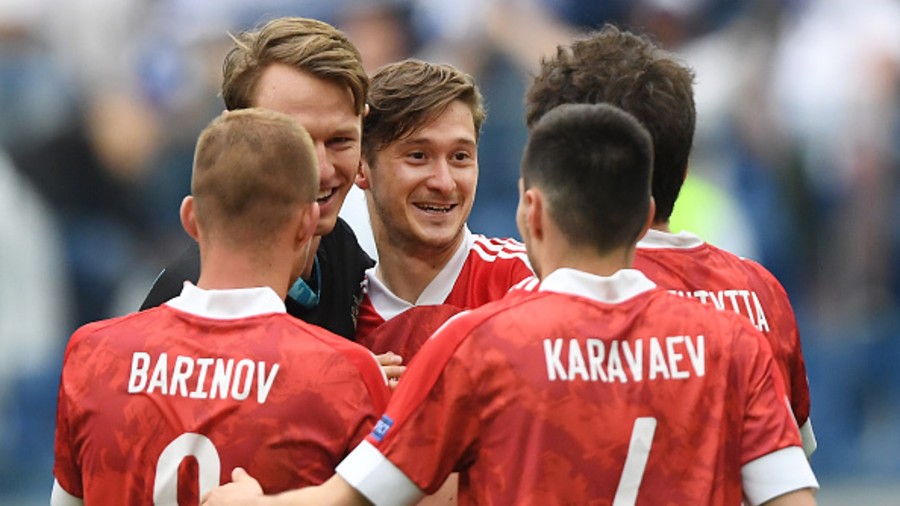 Aleksei Miranchuk of Russia celebrates with team mates after victory in the UEFA Euro 2020 Championship Group B match between Finland and Russia at Saint Petersburg Stadium
Getty Images
Our Bureau, Agencies   |   Published 16.06.21, 09:53 PM

Aleksei Miranchuk scored the winning goal for Russia to kickstart their Euro 2020 in style. The goal made it beat Finland 1-0 in their Group B match hosted at Stadium on Wednesday. This win all also replaced the gloom looming over the Russian team after their 3-0 loss to Belgium in their opening Group B game.

However, an injury to Mario Fernandes marred the game.

Loud cheers and jubilant chants of “ROSS-I-YA” could be heard at Saint Petersburg Stadium, at the final whistle of the match.

However, Miranchuk’s goal, the only in the match, came in the first half of the match.

Finland, making its debut had beaten Denmark 1-0 at Copenhagen – the match which was overshadowed by the unfortunate cardiac arrest of Christian Eriksen's cardiac.

Significantly, in this match too Russia's Fernandes, also got injured during the match.

The 30-year-old came down awkwardly, when he went up for a high ball in the Finland box during the first half of the match. His neck took the full force during that awkward landing. And had to be rushed to the hospital after being stabilised. He is undergoing tests a suspected spinal injury.

Russian team went on to win the game without Fernandes, as Miranchuk scored the winning goal.

Had they lost the game it would have made things difficult for Russia to qualify for the knockout stage.