Rohit Sharma, 4 other players, in row over bio bubble ‘breach’ 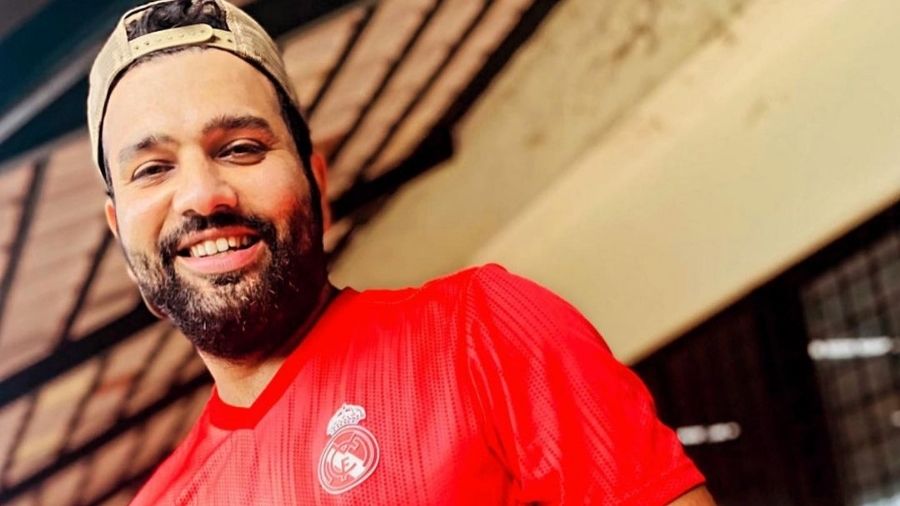 The controversy emerged after a fan put out a video of the players sitting inside an indoor restaurant on Twitter on Friday.
Instagram/ @rohitsharma45
Our Bureau And Agencies   |   Melbourne, New Delhi   |   Published 02.01.21, 08:45 PM

Five Indian Test players, including vice-captain Rohit Sharma, opener Shubman Gill and wicketkeeper-batsman Rishabh Pant, were placed in isolation after an investigation was launched into a possible breach of the COVID-19 bio-security protocol by them, Cricket Australia said on Saturday.

This was after a fan put out a video of the players sitting inside an indoor restaurant on Twitter on Friday. He claimed to have been seated close to them and also talked about getting a hug from Pant after he paid for the players' meal. He later retracted the claim about the hug after it raised serious questions on  breach of protocol.

The BCCI brass had initially ruled out any investigation after initial reports of a possible breach appeared in the media, but Cricket Australia's late statement said a joint probe was on.

"The Board of Control for Cricket in India (BCCI) and Cricket Australia (CA) were today (Saturday) alerted to a video post on social media that purported to show Rohit Sharma, Rishabh Pant, Shubman Gill, Prithvi Shaw and Navdeep Saini eating at an indoor venue in Melbourne on New Year's Day," CA said in a statement.

It has been learnt that the Indian Cricket board will back its players as the general consensus is that there hasn't been any deliberate breach. There is a feeling that Indian team might just come together like in the 2007-08 “Monkey Gate” controversy when Andrew Symonds had claimed that Harbhajan Singh had abused him racially.

As per protocol, players are allowed to eat out in outdoor settings, following social distancing norms.

"The players were standing outside the restaurant and due to a drizzle, they had gotten inside. If this is a way of trying to unsettle the team before the third Test, it's a bad ploy by Cricket Australia," a senior BCCI official told PTI.

Rohit had recently completed 14 days of hard quarantine in Sydney and started training in Melbourne only a couple of days back. The players will be permitted to train in accordance with the protocols that have been put in place.

Asked if Cricket Australia could disallow the three players (Rohit, Pant and Gill) from taking part in the next Test, the official said: "Firstly, they are allowed to train. Secondly, I don't think it will come to that as then there could be adverse implications."

It is understood that as per bio-security protocols provided by Cricket Australia, players are not just barred from indoor restaurants but they are also not supposed to avail any public transport. They are, however, allowed a walk around the cities where they are playing.

Cricket Australia's statement did not specify a time-frame for the investigation but it was learnt that the Indian team was upset at the turn of events.

"The BCCI and CA are investigating the matter and seeking to determine whether the outing constitutes a breach of bio-security protocols," CA said.

Isolation protocols were put in place after consulting with medical teams.

"...on the advice of the Australian and Indian medical teams, the aforementioned players have been placed in isolation as a precaution. This will include separating the group of players from the broader Indian and Australian squads when travelling and at the training venue," CA further stated.

India and Australia are engaged in a four-Test series and the third match is due to start on January 7 in Sydney.

Earlier, a senior Indian cricket board official told PTI that the visiting contingent was "well aware" of the COVID-19 protocols and had not violated any of them.

"No, there has been no breach in bio-security protocols. Everyone associated with the Indian team is well aware of the protocols," the senior BCCI official had said in the morning.
"We can only term it as a malicious spin by a section of Australian media and this has started after their humiliating defeat," he added.

India crushed Australia by eight wickets in the second Test in Melbourne, making an incredible comeback days after the debacle in the four-match series opener in Adelaide.

The bio-security bubbles have been put in place to ensure that the players are not affected by the COVID-19 pandemic that has gripped the world for months now, with parts of Australia reporting fresh outbreaks in recent times.

This had also put the future of the third Test in Sydney in doubt before CA clarified that it would not be shifted to Melbourne. The match will begin on January 7 and the two teams will arrive in Sydney a couple of days before the scheduled start.