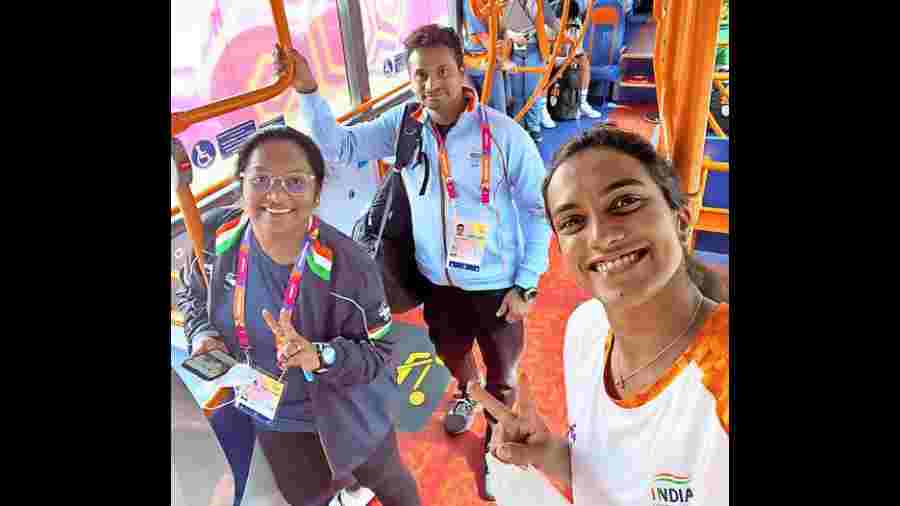 Double Olympic medallist badminton superstar PV Sindhu will be the flagbearer of the Indian contingent for the opening ceremony of the Commonwealth Games in Birmingham on Thursday. Sindhu replaces Olympics javelin champion Neeraj Chopra, who was expected to be the flagbearer but he pulled out of the meet following a groin injury he picked up at the World Championships where he won silver.

The withdrawal of Chopra, who was also the defending champion in the Commonwealth Games having won the gold in Gold Coast four years ago, has a come as a blow to India’s medal aspirations. The contingent is looking to surpass India’s 2010 campaign, when it hosted the CWG in New Delhi, which remains the country’s best performance till date. The hosts had then won 38 gold medals, 27 silver and 36 bronze finishing second overall with 101 metals.

Sindhu would now be expected to lead the medal charge along with the likes of Tokyo Olympic Games medallists, weightlifter Mirabai Chanu and boxer Lovlina Borgohain. The three had been shortlisted to replace Neeraj as flagbearer by the Indian Olympic Association (IOA). “It’s with great pleasure that we announce Sindhu as the flagbearer for Team India,” acting IOA president Anil Khanna said in a release. Sindhu was also the flagbearer at the 2018 Commonwealth Games in Gold Coast.

“The other two athletes, Chanu and Borgohain, were immensely deserving too, but we went ahead with Sindhu because she is a two-time Olympic medallist. We expect Sindhu will continue to do well and perform with excellence at these Games.” The 2022 edition of the Commonwealth Games has the largest contingent of female athletes in the history of the event. “So the IOA sensed it fit that we spotlight our commitment to gender equity, in adherence to the spirit of the Olympic Charter, by shortlisting three women athletes for the prestigious role of Team India’s Flagbearer at the 2022 Commonwealth Games,” Khanna said.

“We hope that watching Ms Sindhu lead Team India with the Indian flag in her hand at the Opening Ceremony will inspire millions of girls in India to take up sports.” The IOA had a four-member committee, which included secretary Rajeev Mehta, treasurer Anandeshwar Panday, and Team India chef de mission Rajesh Bhandari, to pick the flagbearer.

“We extend our congratulations to her and wish her, and the other athletes of Team India, the very best for the Commonwealth Games,” Mehta said. Bhandari said a maximum of 164 participants, including athletes and officials, can take part from the Indian contingent in the opening ceremony. A total of 215 athletes from India will be competing at the Commonwealth Games.

A former world champion, Sindhu is one of the favourites to win the women’s singles gold in Birmingham, having won the silver and bronze in the last two editions at Gold Coast and Glasgow respectively. Meanwhile, women’s boxing team head coach Bhaskar Bhatt has moved out of his room at the Village to accommodate Lovlina’s personal coach Sandhya Gurung. Team doctor Karanjit Chib, whose accreditation was changed to include Gurung, has also moved out.