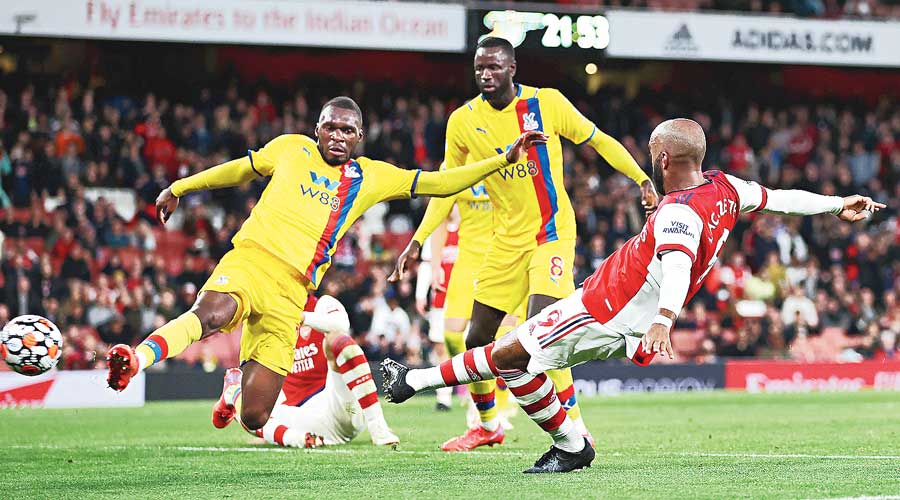 Substitute Alexandre Lacazette struck with the last kick of the game to give Arsenal a rollercoaster 2-2 home draw with Crystal Palace in the Premier League on Monday after the visitors had fought back from a goal down.

Superb second-half goals from Christian Benteke and Odsonne Edouard had turned the match on its head after Pierre-Emerick Aubameyang gave Arsenal an early lead but Palace were denied a win as Lacazette netted at the death.

The French striker, who came on as a second half substitute, was delighted after his goal denied Palace manager Patrick Vieira, Arsenal’s former title-winning captain, a win in his first game in charge against the Gunners.

“The main thing was to avoid a loss,” Lacazette told Sky Sports. “We wanted to win, we started well but then we stopped playing. I think  we have to work on this in the future.” The result stretched Arsenal’s unbeaten league run to five games and left them 12th on 11 points from eight games.