The visitors, who were rarely troubled throughout, took the lead after 26 minutes as Bernardo latched onto Bruno Fernandes’s deep cross to volley in at the back post 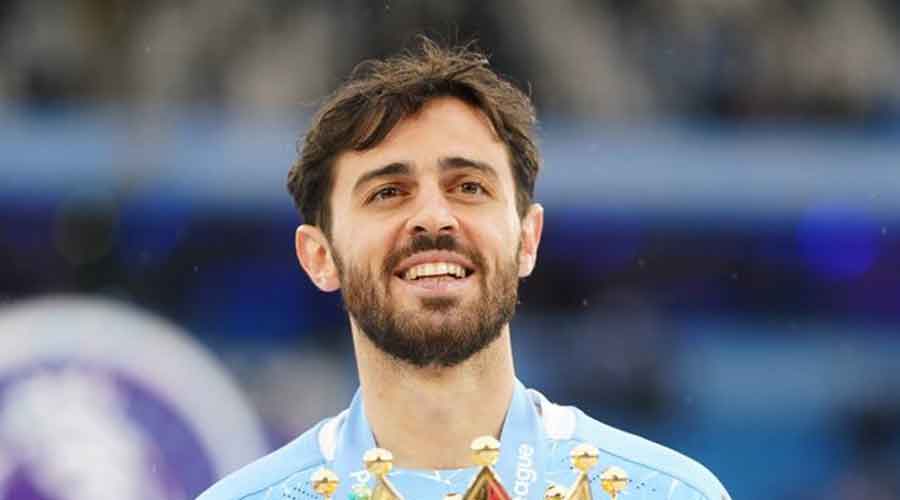 Portugal cruised to a 3-0 victory away to Azerbaijan in World Cup qualifying on Tuesday to move top of Group A. Portugal were without Cristiano Ronaldo, who was suspended after picking up a yellow card while celebrating his second goal in their last-gasp 2-1 victory over Ireland last week, but his absence was not felt as first-half strikes from Bernardo Silva and Andre Silva plus a Diogo Jota header secured victory.

The visitors, who were rarely troubled throughout, took the lead after 26 minutes as Bernardo latched onto Bruno Fernandes’s deep cross to volley in at the back post.

Fernandes was heavily involved again as Portugal doubled their lead, this time his cross was turned across goal by Jota for Andre Silva, who tapped in from close range.

Jota then rounded off the victory 15 minutes from fulltime, heading in Joao Cancelo’s centre. The victory takes Fernando Santos’s side to the top of Group A with 13 points.

Tanzania were awarded one of the fastest penalties in international football after five seconds of Tuesday’s 3-2 World Cup qualifier win against Madagascar.

There are no official records for the fastest penalty but in a friendly international against Ghana in Podgorica in 2014, Montenegro were given a spot kick after 10 seconds which was converted for the only goal of the match.

Cristiano Ronaldo during his first practice with Manchester United in his second stint with the Premier League club on Tuesday.
Twitter

According to manutd.com, the Portuguese star met coach Ole Gunnar Solskjaer, who also happens to be Cristiano Ronaldo's former teammate at the club, in the manager’s office before being introduced to the players.

Thereafter, Cristiano joined his new teammates in training. Will the No. 7 be seen in action during United’s league game against Newcastle United on Saturday?