Pep Guardiola on the importance of playing to the whistle

At Tuesday's match, several West Brom players stopped in anticipation of the referee blowing for offside after the assistant’s flag was raised in the build up 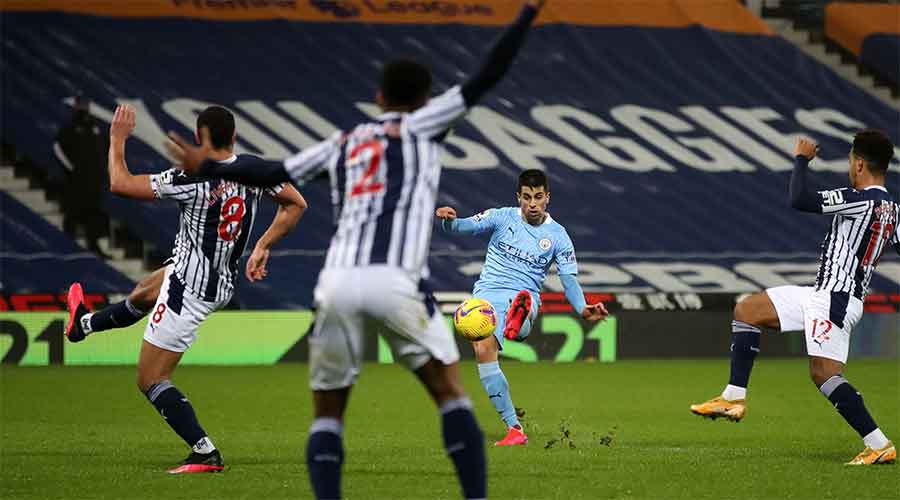 Cancelo’s 20th minute strike came as several West Brom players stopped in anticipation of the referee blowing for offside after the assistant’s flag was raised in the build up.

But after checking with the Video Assistant Referee (VAR) the referee allowed the goal to stand.

“I understand the complaints from the West Brom players and the manager,” Guardiola told reporters. “But with this rule you have to follow the action until the end. Don’t stop because with VAR it can be disallowed.

“It is a good lesson for us. Today (Tuesday) it happened to West Brom, but it could happen to us.”

City have moved top of the table on 41 points, one ahead of Manchester United.

While City are threatening to take a stranglehold at the summit, the situation below them remains fluid with West Ham United the latest team to break into the top four.

Two goals from Thomas Soucek earned West Ham a 3-2 victory at London rivals Crystal Palace who had taken the lead in the second minute through Wilfried Zaha.

The 19-year-old scored in the first half and assisted Alexandre Lacazette’s close-range effort in the second to help secure the victory that lifted Arsenal to eighth.

“He’s humble, respectful and at the same time has that character to demand the ball,” Arteta told reporters.