Odion Ighalo scores a brace vs Derby in FA Cup 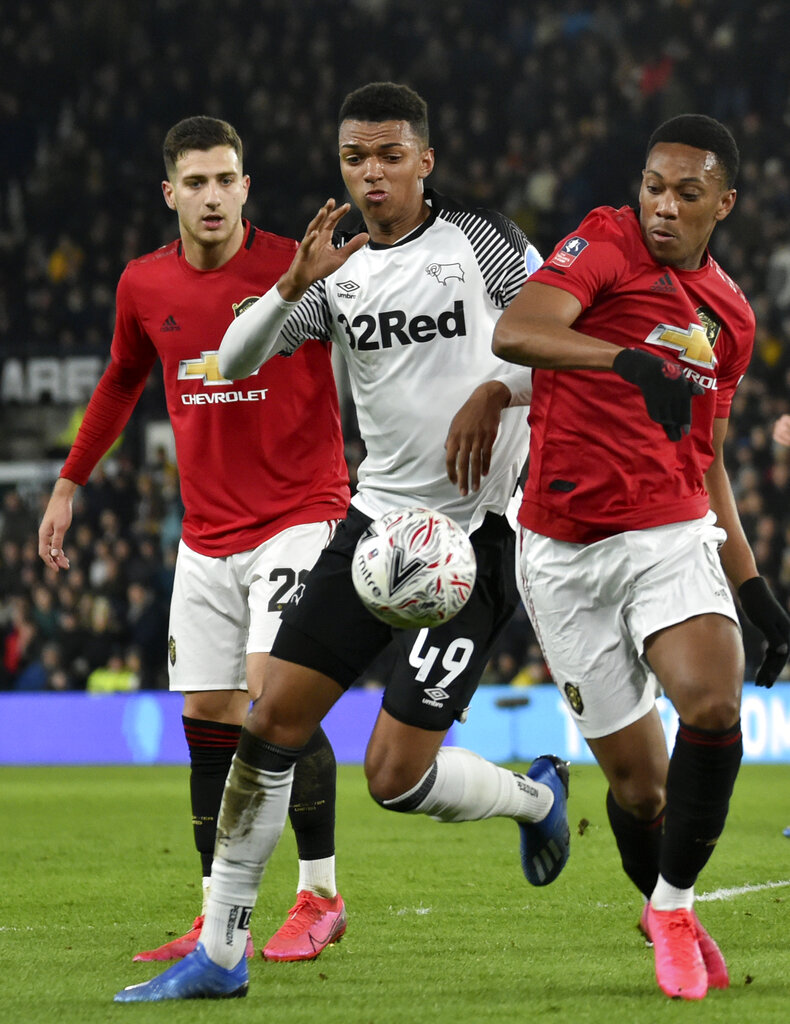 United will travel to Norwich City in the last eight after the Premier League’s bottom club beat Tottenham Hotspur on penalties on Wednesday.

Derby started well but Ole Gunnar Solskjaer’s men took control when defender Luke Shaw broke the deadlock in the 33rd minute with a shot that bounced off the turf and over goalkeeper Kelle Roos.

Shaw then provided the assist for Ighalo to muscle through and poke home United’s second four minutes before halftime. The 30-year-old Nigerian striker, who arrived at Old Trafford in January on loan till the end of the season from China’s Shanghai Shenhua, doubled his tally in the 70th minute with a left-footed shot off a rebound.

“As long as my teammates believe in me, the boss believes in me and the fans believe in me, I just have to keep going,” said Ighalo, who has now scored three goals from two starts.

Rooney, who joined Derby this season after a stint with MLS side DC United, had a great chance to equalise but the midfielder’s 36th-minute free kick drew a fingertip save from United keeper Sergio Romero.

The bearded 34-year-old was then booked for a hard tackle on Scott McTominay.

“There were some scary moments there,” Solskjaer told BT Sport. “Early on I didn’t think we played particularly well but of course when you get two goals the way we did that was pleasing. A nice goal again from Odion and fantastic save by Sergio from Wayne’s free kick.

“It’s great for us to have Odion to call upon. He’s a different type of striker, he holds it up well.” United host local rivals City, the FA Cup holders, in Sunday’s Premier League Manchester Derby.