No. 14 Rafael Nadal’s ‘most unexpected’ 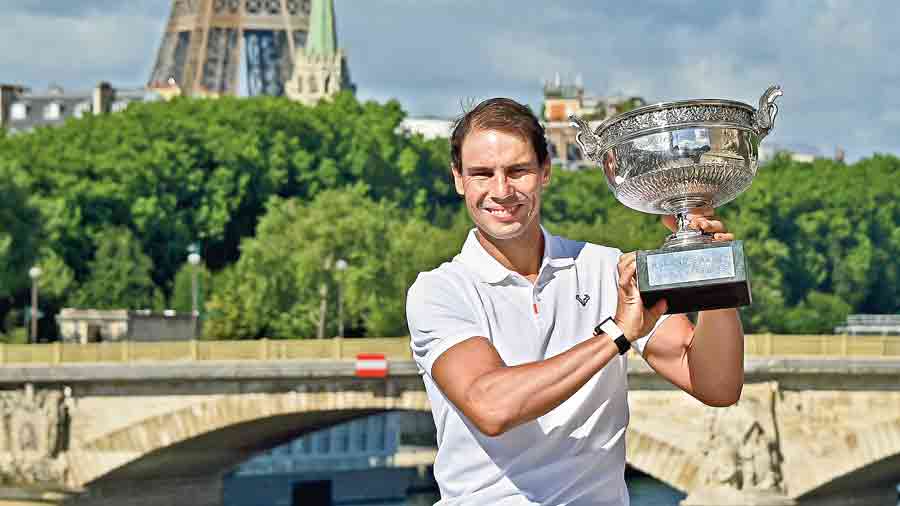 Rafael Nadal would probably not have played any grand slam other than the French Open with the chronic foot injury that needed numbing injections in Paris, the 14-time Roland Garros champion said on Monday.

The Spaniard’s record-extending triumph on the Paris clay earned him an all-time best 22nd men’s singles major with a 6-3, 6-3, 6-0 crushing of Norway’s Casper Ruud and put him two titles clear of Roger Federer and Novak Djokovic.

It was the ‘most unexpected’ of his French Open titles, Nadal told Reuters on Monday after limping into the scintillating salon of a central Paris hotel.

Asked if he would have played any other grand slam with the injury that forced him to have injections to numb his foot, Nadal said: “Probably not”.

“We have been through a lot of emotions. Probably the most unexpected, surprising (title) and all the things I had to do to play the event makes the title one of the most special,” the 36-year-old said.

Nadal said that because of the injury, which also meant he arrived in Paris with no title on the European clay, he was not confident he would be able to fight for the Musketeers’ Cup.

“Of course when you arrive with a poor preparation like I did, every day is a challenge; you need to increase your level of tennis every single day,” he explained.

Nadal, who has now moved up to fourth in the rankings, has traditionally started his French Open campaigns with at least one claycourt title under his belt but this year got to the French capital empty-handed.

“(Winning those titles) gives you an extra security if you want to reach at least the level you need to fight for the final rounds,” the Mallorcan said.

While there was no doubt in his mind that he would take part in the claycourt major, whether he would be capable of gunning for the title was another matter, especially with world No. 1 Novak Djokovic awaiting in the quarter finals.

“I always had the confidence that I would be able to play because I played with no feeling in the foot, with a foot asleep because of the anaesthetic injections into the nerve,” he said.

“But the problem is not just the match, it’s also the practice. I never thought about not playing here but I thought it would be very difficult to be competitive.”

While he appeared below his best physically at times, Nadal still managed to beat Felix Auger-Aliassime in five sets in the last 16 before taking down Djokovic in a four-set thriller.

He had already been on court for more than three hours, sweating like never before, when Alexander Zverev sustained a freak ankle injury that ended their semi-final contest with the Spaniard leading 7-6, 6-6.

While he still does not know what his schedule will look like in the coming weeks, Nadal agreed to cast his mind forward to two years from now, when Roland Garros will host the Olympics after the French Open.

Nadal has won both titles but should he have to choose between the two tournaments in 2024, the French Open would have his preference.

“So it’s difficult to choose but possibly Roland Garros (the French Open) is a little more special for me.”