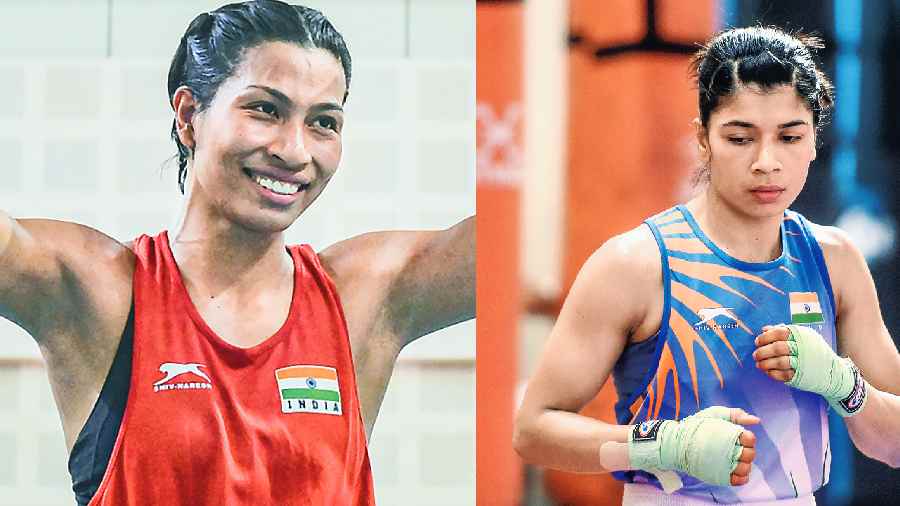 Reigning world champion Nikhat Zareen and Olympic bronze medallist Lovlina Borgohain on Saturday sealed their berths in the Indian team for the Commonwealth Games with dominating wins in the selection trials in New Delhi.

Nitu Ghanghas (48kg) and Jaismine Lamboriya (60kg) were the other boxers, who also sealed spots for the quadrennial event, which is set to be held in Birmingham from July 28 to August 8.

a chance after she was forced to withdraw following a knee injury midway into her bout on Friday.

Nikhat looked at ease during her fight but said that she could perform only at “50 per cent” of her ability.

“It was very difficult for me to get back into my competitive zone because, since the World Championships, I hadn’t trained. I went home and then there were a lot of programmes,” Nikhat said.

“I know the game that I have shown here at the trials is not even 50 per cent of what I showed at the World Championships, but still I managed to beat all my opponents by unanimous decision,” she added.

Lovlina, who unlike Nikhat did not have a good outing in the World Championships this time, too put up a convincing performance.