Advertisement
Home / Sports / My dream is to be the highest wicket-taker for India: RCB's Mohammed Siraj

My dream is to be the highest wicket-taker for India: RCB's Mohammed Siraj 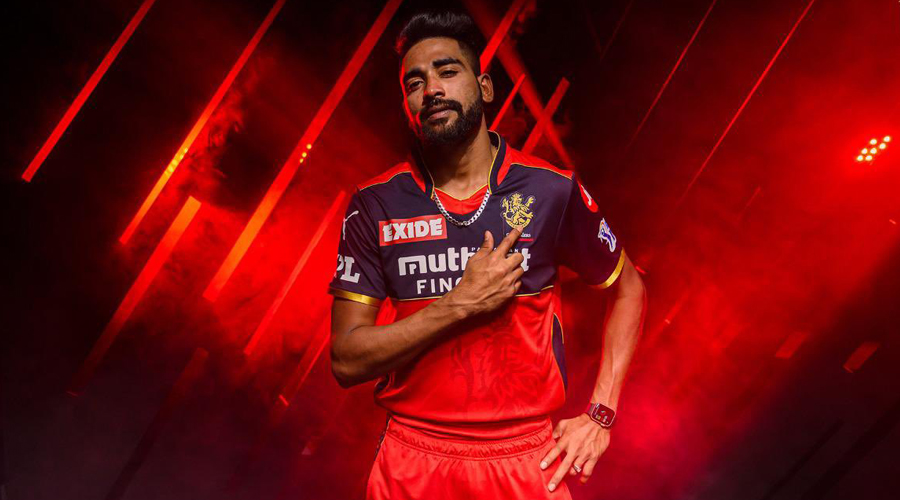 Pacer Mohammed Siraj is ready to put in the hard yards and make full use of the opportunities that will help him realise a long-cherished dream of becoming India’s highest wicket-taker.

The 27-year-old has played five Tests, one ODI and three T20Is for India so far after making his debut in the shortest format against New Zealand in November 2017.

Siraj, who plays for Royal Challengers Bangalore in the IPL, said he wants to play all the three formats and credited his success to fellow pacers Jasprit Bumrah and Ishant Sharma. “Jasprit Bumrah used to stand beside me whenever I was bowling. He told me to stick to the basics and not do something extra. It’s nice to learn from such an experienced player,” Siraj said in a video posted by RCB on its official Twitter handle.

“I even played with Ishant Sharma, who has played 100 Tests. It felt good to share the dressing room with him. My dream is to be the highest wicket-taker for India and I will work hard whenever I get an opportunity.”

A key pacer for RCB, Siraj, who has captured 39 wickets in 35 IPL matches, said he was low on confidence when he first joined the squad, but a good performance against Kolkata Knight Riders lifted his spirits. “Last year, when I joined RCB, I was low on confidence. But when I started bowling with the new ball, I was also bowling on a single wicket, which helped me a lot,” he said.

“And then the performance against KKR gave me a lot of confidence. The team culture here is so nice that everyone used to get together and discuss stuff like Virat (Kohli) does.”

Siraj said he will look to continue his aggressive bowling after getting a good feedback from RCB’s batting consultant Sanjay Bangar. “I was talking to Sanjay Sir. He told me that my rhythm is good.

“He told me, ‘I’m meeting you after so long and you are putting in the same effort that you used to put for the Indian team. Your rhythm, aggression and confidence are all looking nice, so continue with that’.”

Siraj has been on an impressive run since making his Test debut in Australia last December. It was an emotional tour for Siraj as he had lost his father while undergoing quarantine in Australia.

Siraj talks about his Indian team debut, how he regained his confidence during last year’s IPL, goals for this season and much more, on @myntra presents Bold Diaries.#PlayBold #WeAreChallengers #IPL2021 pic.twitter.com/pcSRgy6OQu