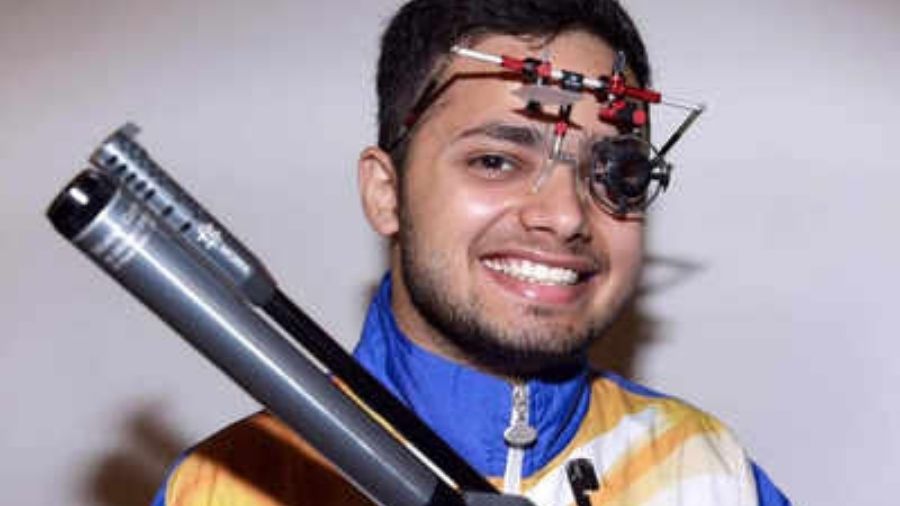 Shooters Manish Narwal and Singhraj Adana gave India a dream-come-true moment on the penultimate day of the Paralympic Games in Tokyo on Saturday.

Narwal smashed the Paralympic record, while Adana won silver to make it a sensational one-two finish. The gold and silver from the Haryana duo is something which has never happened in Indian Olympics/Paralympics history.

The 19-year-old Narwal, who holds the world record in the category, shot a total of 218.2, a Paralympic record, to claim the yellow metal in P4 mixed 50m Pistol SH1 event in his debut Games. “I’m very happy,” said Narwal, who hails from Ballabhgarh.

Narwal had a keen interest in sports from childhood and grew up wanting to become a footballer. Unfortunately, he could not fulfil his footballing dreams due to a congenital ailment in his right hand.

His wrestler-father Dilbagh tried doing everything to make sure that his son’s deformity did not hold him back.

In 2016, on the suggestion of a family friend, Dilbagh took Narwal to a nearby shooting range in Ballabhgarh, run by coach Rakesh Thakur. That changed Narwal’s life.

The 39-year-old Adana, who had won the bronze in the P1 men’s 10m air pistol SH1 event on Tuesday, added a silver to his kitty with an effort of 216.7. With his feat, Adana, who competes with polio-impaired lower limbs, joins the elite list of Indians who have won multiple medals in the same edition of the Games.

“Every shot is very difficult. One shot is very important, so my coach every time says ‘Singhraj, Manish, only one shot, one shot fired’,” Adana said of the final shoot-off between him and Narwal.