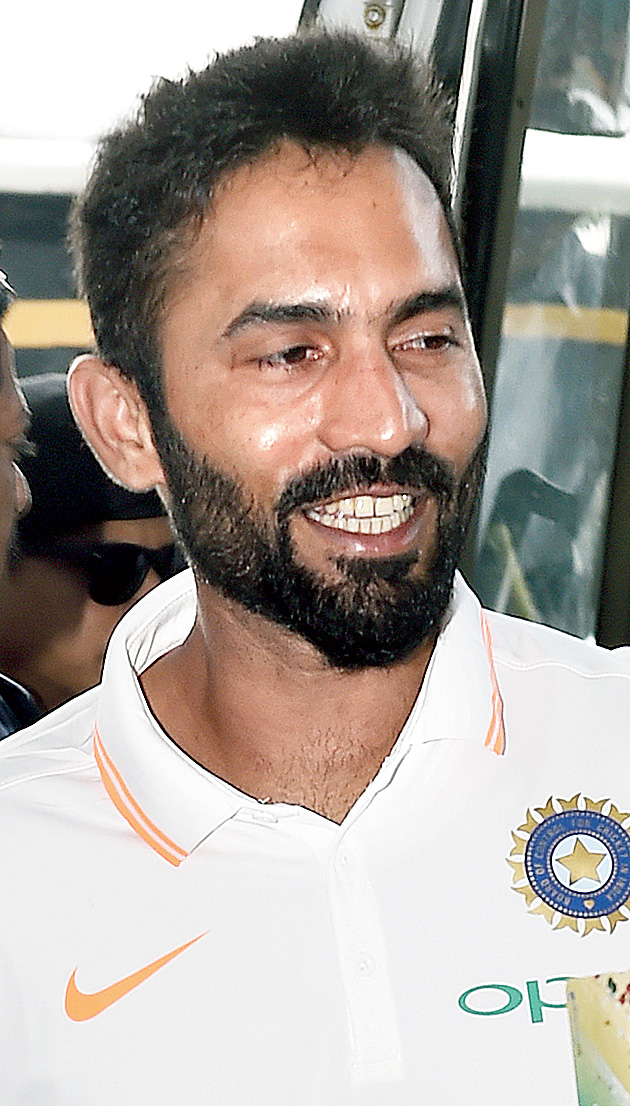 Another low-scoring game seems to be on the cards when India face West Indies in the second of the three T20Is at the Ekana International Stadium in Lucknow on Tuesday.

Lucknow will be hosting an international match after 24 long years with the newly built stadium making its debut.

To go by a local curator, anything above 130 would be a winning total for the team batting first. “It won’t be a high-scoring game for sure. The pitch has long, dead grass on both sides with cracks in between.

“It will be a slow bouncing wicket and spinners are expected to play a big part from the beginning,” the curator said. “The pitch is made of soil exported from Odisha’s Bolangir which is famous for its slow nature.

“Both the teams will find it difficult to score runs and hit big shots with long square boundaries,” he added.

BCCI’s chief curator Daljit Singh was in charge of the pitch from the beginning and he prepared it with the help of UPCA curators Ravindra Chauhan, Shiv Kumar and Surendra. Another curator who worked on the surface said had local soil been used, it would have been a run fest on Tuesday.

Besides the surface, another important factor which is expected to be a factor is dew, he added. “The outfield is perfect and fast, but dew is definitely going to play a big part.

“Winter is setting in, in North India now and dew is going to play a big role from the first ball. So, the ball won’t be racing towards the boundary and batsmen will have to do a lot of running,” the local curator said.

The opening T20I at Eden Gardens was also a low-scoring game with the Windies managing just 109 for eight after being sent in to bat, a target which India chased down with five wickets in hand .

No matter how the pitch behaves, India will certainly be looking to wrap things up and seal the series in Lucknow itself. For the Windies, almost nothing has gone right so far in the tour, with the script remaining unchanged even in the format they cherish.

Cashing in on the opponents’ errors, more importantly the unforced ones and silly mistakes, makes the task a whole lot easier for a team. And India has been doing exactly so right from the first Test of the Windies’ tour.

At the Eden too, poor application and a comical run out were the main reasons that trumped the visitors. Otherwise, considering how India went about their chase, things could have got tougher for them had the West Indies managed another 20-30 runs more.

Now, the track in Lucknow shouldn’t be too much of a worry for India, for they do have spinners to take full advantage of it. Kuldeep Yadav is well amongst wickets, while Krunal Pandya too impressed in his debut game on Sunday, taking the key wicket of his Mumbai Indians teammate Kieron Pollard.

Besides, Bhuvneshwar Kumar is expected to be back after missing the first game due to gastric problem. Umesh Yadav might have to make way for Bhuvneshwar as Jasprit Bumrah and young Khaleel Ahmed, who was the other debutant on Sunday, look certainties at the moment.

In other words, a strengthened Indian bowling attack will only make things difficult for the struggling Windies batting line-up. It’s high time senior pros like Pollard and Darren Bravo deliver.

Captain Carlos Brathwaite did well with the ball in the first game, but he need to perform with the bat too. And being the captain, it’s he who has to ensure that young pacer Oshane Thomas stays motivated and charged up.