Klopp happy with Roberto Firmino’s output, says his versatile forward always hits the right notes even if he is not scoring 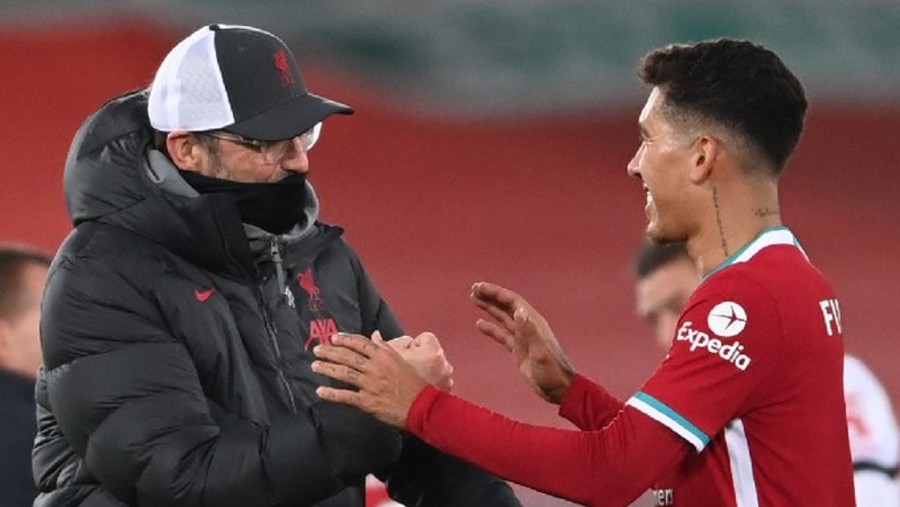 Liverpool boss Juergen Klopp compared his team to an orchestra and said on Tuesday that his versatile forward Roberto Firmino always hits the right notes even if he is not scoring.

Firmino had scored only twice in 23 Premier League matches before heading one in during Sunday’s 3-0 victory over Leicester City and Klopp said he was happy with the Brazilian’s output.

“Scoring was always important for Bobby but he’s a complete footballer,” Klopp told a news conference ahead of Wednesday’s Champions League clash against Atalanta at Anfield.

“Football is like an orchestra and if you have different people for instruments, some are louder, but all are important for the rhythm. Bobby can play without (goals) as well.

“We always celebrate goals but this one (against Leicester) was really emotional. The players read the newspapers and they saw some criticism (of Firmino).”

Forward Mohamed Salah missed the clash after contracting Covid-19 on international duty with Egypt last week but has since tested negative. “Mo trained and looked really good, a negative test like the rest. He’s available. We have to see what we can do with that,” Klopp said.

“All the rest, no news. One looks closer, the other not so, that is the situation. I don’t want to speak too much about it.”

Liverpool have won their opening three matches in Group D, including a 5-0 victory over Atalanta earlier this month but Klopp said he would not take the Italian side lightly.  “They’re a threat even without a point to prove,” Klopp said.

Manchester City striker Sergio Aguero has trained ahead of Wednesday’s clash at Olympiacos but the Argentine will not be rushed into action from hamstring and knee issues, manager Pep Guardiola said.

The 32-year-old was on the bench in City’s 2-0 league defeat by Tottenham Hotspur on Saturday and Guardiola stressed that he was prepared to wait for the striker to return to match fitness.

“Today he trained again. What we want is for him to feel a good feeling in his knee,” Guardiola told a news conference before the team’s departure to Greece.

“I know it’s not his injury but we wait for him and there is still time, we have many games to play and we will need him. We want him in the best condition.”

The Spaniard said almost all his players, including Fernandinho and Benjamin Mendy, were fit for the clash with only Nathan Ake set to start training on Friday after a thigh injury.

Inter Milan will need a combination of concentration, hunger and cunning when they face Real Madrid in a must-win match to have any chance of progressing from their group, coach Antonio Conte said.

“After our previous results, we don't have many ways out, so this is a final,” said Conte, whose side are bottom of Group B with two points from three games.