‘It’s been an incredible battle with Lewis, one of the greatest drivers ever in Formula One’ 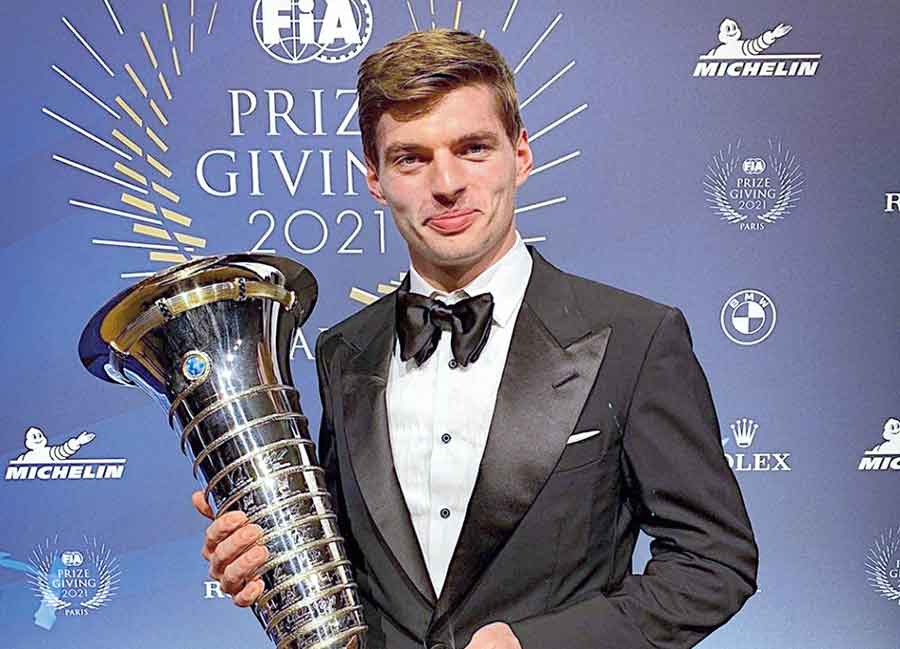 His Mercedes rival, beaten this year on the last lap of the last race, did not attend the event at the Louvre museum in Paris.

“It’s my life goal achieved, so it sounds pretty decent,” said the 24-year-old Verstappen after being welcomed on stage as champion.

“Everything that comes next is just a bonus. I’m of course going to keep pushing, I’m going to be in F1 for a few more years but this has been an incredibly tough season,” he added.

“It’s been an incredible battle with Lewis, one of the greatest drivers ever in Formula One. I think we really pushed each other to the limit, sometimes over the limit ... I think in the end we really respect each other.

“I can’t wait for next year to come back and for sure we’re going to try again.”

“I don’t feel sorry but I can understand of course that it can be very painful,” said Verstappen. “But at the end of the day that’s racing as well. You have to just keep fighting to the end and you know that in racing anything can happen.

“He also won a championship like that. So I think he can understand as well,” added the Dutch driver, who overtook Hamilton at Yas Marina when a sudden change to the safety car procedure gave him a chance after it seemed he had none.

Hamilton took his first title with McLaren in 2008 with a last corner move that shattered Brazilian Ferrari driver Felipe Massa’s hopes. Asked how bad it would be if Hamilton did not come back to renew the battle next season, Verstappen doubted that would happen.

“I can understand that the first few days after a race like that you’re not happy but you should also understand this is racing,” he said. “I think he should just look back at what he has achieved already.

“That should give him a lot of comfort and should also be that drive to just keep on going because he is still trying to challenge for that eighth title and for sure he can do that again next year.

“So I don’t see any reason why to give up or stop now.”