Advertisement
Home / Sports / Koeman admits future not in his hands

Koeman admits future not in his hands

Two goals from Darwin Nunez and a Rafa Silva strike gave Jorge Jesus’s side a deserved win, however Koeman said the difference was that one took their chances and the other did not 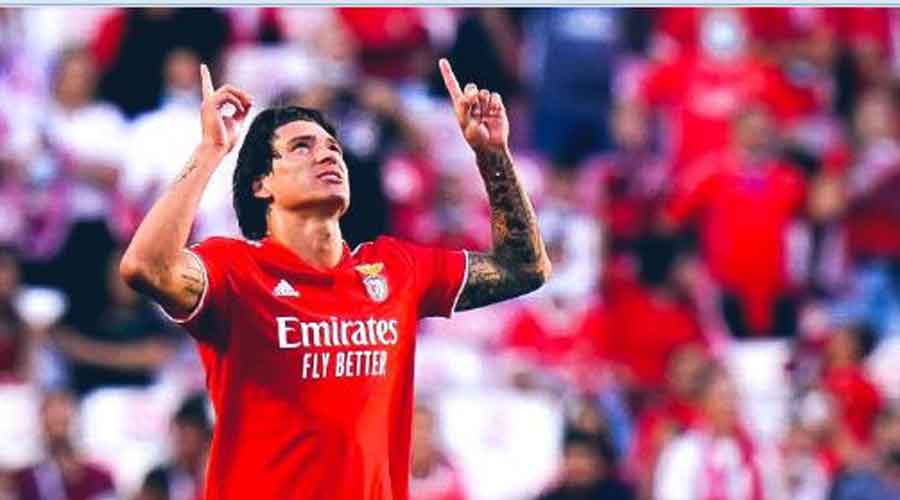 Beleaguered Barcelona coach Ronald Koeman said his side’s failure to take their chances was behind their 3-0 humbling at Benfica on Wednesday as the pressure on the Dutchman ratcheted up.

Barca have made a stuttering start to the La Liga season and sit sixth while they have lost both of their Champions League Group E games 3-0.

Two goals from Darwin Nunez and a Rafa Silva strike gave Jorge Jesus’s side a deserved win, however Koeman said the difference was that one took their chances and the other did not.

“It’s a tough result to take, and it’s not what we saw on the pitch,” Koeman said.

“While we conceded early, we were good until it became 2-0. We had a number of chances to score and didn’t take them. That’s how you change games.

“If they score the three chances they create and we don’t, then that’s the big difference between the sides.”

The result leaves Barca bottom of Group E, six behind leaders Bayern Munich, four adrift of Benfica and one behind Dynamo Kyiv.

Koeman insisted the players were behind him as they bid to turn their form around, but he said he did not know if the board felt the same.

“I can only give you my opinion of my work at the club — I feel backed by my players and their attitude. The rest, the club, I’m not sure... I can’t say any more, because I don’t know what the club thinks in that sense. It’s not in my hands.”

The Pole, whose failure to net in the Bundesliga on Saturday ended a 19-game scoring run in all competitions, opened his account in the 12th minute with a penalty to make it a record 18 straight Champions League games in which he has scored.

Lewandowski got his 77th Champions League goal in the 27th, leaving him third on the all-time scorers list.

Serge Gnabry, Leroy Sane and Eric Maxim Choupo-Moting netted in the second half to complete the rout.

Tuchel at a loss

Chelsea coach Thomas Tuchel said he felt his side had lost their mental sharpness even before the defending champions stepped on the pitch ahead of their 1-0 loss at Juventus.

Federico Chiesa’s goal early in the second half was enough to inflict a first Champions League group-stage defeat on Chelsea since September 2019, with the Blues suffering their second successive 1-0 loss in all competitions.

“We had a very good training session yesterday (Tuesday),” Tuchel told reporters. “We were absolutely sharp and ready to bounce back (from defeat to Manchester City on Saturday).

“The big difference was that we made too many mistakes (against Man City) and that cost us the confidence. Early today (Wednesday) I could tell it was different. We were not as fresh mentally as we were in training yesterday. I don’t know why.”