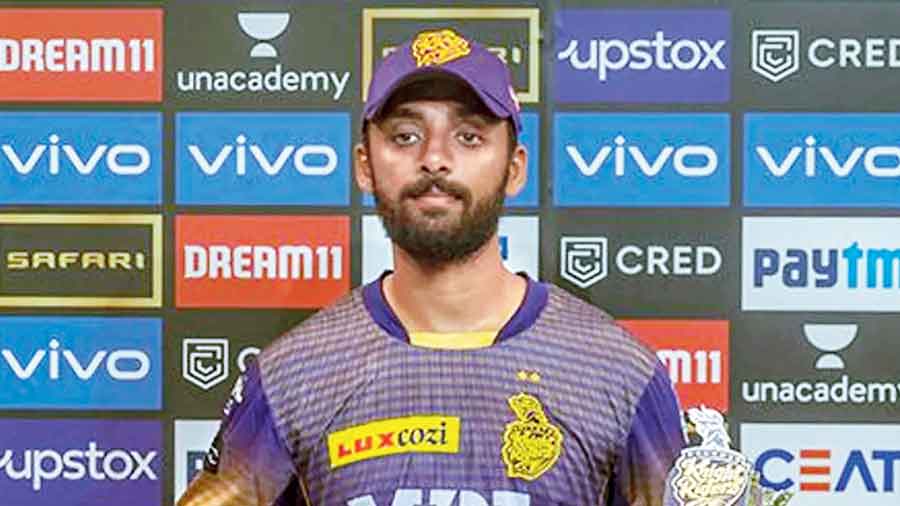 A week can be a long time in sport and Kolkata Knight Riders will agree. They were languishing at seventh spot in the eight-team IPL with two wins from seven games when the second phase began in the UAE on September 19.

Two matches later, they are placed at fourth spot and strongly placed to make the play-offs. If there’s been one factor that contributed to this transformation it has got to be their young explosive opener Venkatesh Iyer.

The Knight Riders will aim to continue their winning run against Chennai Super Kings in Abu Dhabi on Sunday. The tussle between these two tactically-superior sides is likely to come down to how they bowl and bat through the middle-overs in extreme hot and humid conditions.

The left-handed Iyer has contributed immensely to the two victories in as many matches since the resumption — 94 runs at a strike rate of 164.91. He was also a part of a significant opening partnership with Shubman Gill against Royal Challengers Bangalore. Rahul Tripathi at No.3 too scored a 42-ball 74 not out against Mumbai Indians.

The bowlers have been equal to the task with Varun Chakravarthy and Sunil Narine making most of the conditions. Besides drying up the runs, they have provided the crucial breakthroughs. The Knights’ commanding win against Mumbai Indians has been a perfect example of

the aggressive nature that head coach Brendon McCullum has been trying to imbibe in the side.

In the first leg in India, the Knight Riders’ run rate in the Powerplay overs was 7.4, the third-lowest among the eight teams. They seem to have turned it around after the restart, their run rate being 9.9, the best so far.

The Super Kings have been on a roll too. They are in second spot on the table with 14 points from nine matches. Another win will almost guarantee them a playoffs berth. Their bowling has been tidy and their batting has been propelled by their openers Ruturaj Gaikwad and Faf du Plessis.

The Super Kings have won 15 of the 23 encounters against the Knight Riders, including four of their last five meetings. They won the first meeting this season though Andre Russell had threatened to take the game away with a 54 off 22 balls before Sam Curran sent him back.