RCB have a formidable batting line-up and the venue being Sharjah, notorious for its small boundaries and flat pitch, KKR bowlers will have to be extra cautious as the margin of error will be small 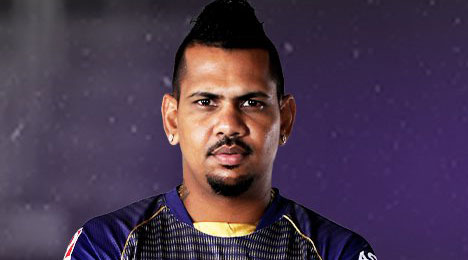 Back-to-back wins have kind of sugar coated Kolkata Knight Riders’ patchy performances in their last couple of matches. So while the four wins they have got so far have given them a respectable position on the points table, the ride has been far from smooth.

And on Monday, when they take the field against a resurgent Royal Challengers Bangalore in Sharjah, they run the risk of being hurt badly unless, of course, they do enough to get their house in order.

Batting has been a constant headache for the Knight Riders this season, but they have more things to worry about at present. The biggest of them concerns their premier spinner Sunil Narine.

Narine’s action was reported by the on-field umpires in the Knight Riders’ last match. While this is not the first time that the Caribbean tweaker has faced such a charge, it surely disturbs the bowler’s mindset, making him more cautious by implanting doubts in the head.

So will the Knight Riders have the same Narine bowling for them, the one who played crucial roles in their last two victories by chocking up the run flow? Or will they have to make do with a blunted version of the spinner?

Apart from Narine, the Knight Riders would also be worried about their other Caribbean recruit, Andre Russell.

“Dre Russ” hasn’t really fired in IPL 2020 so far and to make matters worse, he injured himself while trying to save a boundary in the last game.

The Knight Riders don’t have a like-for-like replacement for Russell and may be they would want to use exciting England batsman Tom Banton in case of an emergency.

But overall, it is their batting that the Knight Riders are yet to sort out. The 10-run win over the Chennai Super Kings and a Houdini act against Kings XI Punjab, escaping with a two-run victory from a hopeless situation, were not really confidence boosters.

Shubman Gill has been among runs and Eoin Morgan has looked good, but others have been inconsistent and they have erred in setting up their batting order as well. But captain Dinesh Karthik’s return to form in the last match bodes well for the team.

Royal Challengers, on the other hand, are on an upswing after a few ordinary performances. Like the Knights, they too have four wins to show off, but are increasingly looking a confident team led by Virat Kohli, who has shrugged off a lean patch to be back among runs. Kohli’s 52-ball unbeaten 90 against Super Kings was a masterclass.

Royal Challengers have a formidable batting line-up and the venue being Sharjah, notorious for its small boundaries and flat pitch, the Knight Riders bowlers will have to be extra cautious as the margin of error will be small.