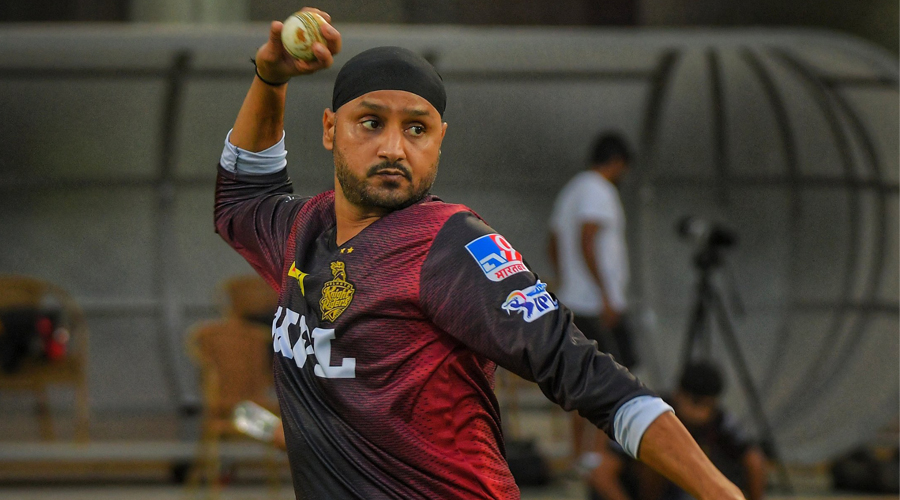 Age is often spoken about being just a number. But legends make sure they prove it.

The IPL and other franchise-based leagues have experienced quite a few cricketers participating and also playing well even after having retired long time ago from international cricket. However, not too many of them have carried on when they were 40 or beyond.

Harbhajan Singh, Kolkata Knight Riders’ recruit this year, will turn 41 on July 3. The Knight Riders roped him in during the auction this February at Rs 2 crore and the distinguished former India off-spinner, who missed the action last year due to personal reasons, seems to have left them amazed with his commitment and passion for the game.

As the KKR official website says, Harbhajan has been going way ahead of scheduled time even for the team’s optional training sessions alongside doing everything required during a warm-up game. It only proves the kind of impact he still wants to make among the current stalwarts of the game or even show that no matter how old he is, he can still make a mark at this level.

So what actually keeps Harbhajan going? “His strength of mind is definitely a reason. But it’s more about his bowling skills and the fact that he looks after himself well to stay fit,” former national selector Surendra Bhave told The Telegraph.

“You must have seen how hard he still tries on the field. Besides, the variety he brings into the bowling attack and the skill set he has are the ones that still keep him around.

“Some of the skills which spinners acquire over a period of time after spending so many hours and days at both national and international levels are priceless for the IPL teams. So Bhajji still can produce that magic at times, gets people playing across the line and traps them lbw with a straight-on delivery, and the drift and the drop which he was known for,” Bhave added.

Devang Gandhi, another former national selector, attributes Harbhajan’s success to his passion, self-belief and his will to continue making a statement in the world’s most popular T20 league.

“I think it boils down to his passion for the game, self-belief to perform at this level and the wish to again make a statement in a tournament of such magnitude. It’s a fast game, alright, but he must have trained accordingly which keeps him motivated and in the right frame of mind and space,” Devang said.

Former KKR captain Dinesh Karthik, deputy this time to Eoin Morgan, feels Harbhajan is a “a different man” now. “The amount of interest and intensity he has shown over the last few days is just fabulous,” Karthik was quoted as saying by kkr.in.