The Telegraph assesses the eight contestants, their strengths and weaknesses and how prepared they are for battle in the Emirates 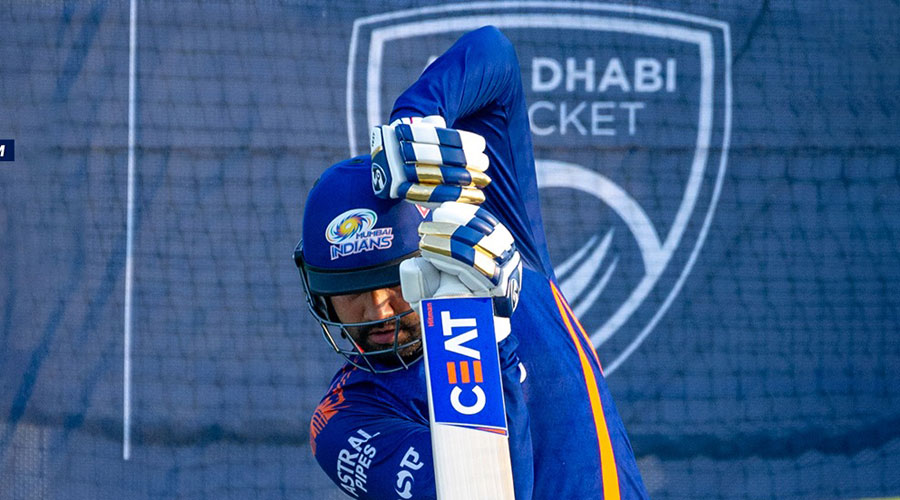 Mumbai Indians are the most successful team in the IPL with four title wins, a testimony to their years of planning and ability to manage their resources intelligently. However, they have been found wanting when it comes to defending the title. While Chennai Super Kings have successfully done it in 2010 and 2011, Mumbai have never managed to win on two consecutive occasions.

That will be Rohit Sharma’s biggest challenge going into the 13th edition of the IPL.

They certainly possess firepower at the top with the signing of Chris Lynn, who had shown some glimpses of his hard-hitting abilities during his days with Kolkata Knight Riders. With Rohit for company, the pair can threaten to often decide the outcome of a contest in the Powerplay overs itself. For variety, there will also be Quinton de Kock’s ability to execute some stunning innings.

If the withdrawal of Lasith Malinga came as a shock, Nathan Coulter-Nile’s addition this season will provide potency in the death overs.

Jasprit Bumrah and Trent Boult can be vicious with their pace and accuracy; there’s also Mitchell McClenaghan and Hardik Pandya. McClenaghan, the left-arm pacer, proved last season that he thrives on bowling at the death.

Mumbai Indians though have limited spin options. Rahul Chahar and Jayant Yadav would be the specialists with Krunal Pandya chipping in at times. This could hurt them given the pitches are likely to get slower as the tournament progresses.

The franchise is always known to back young talent and this time the focus will be on three signings — batsman Mohsin Khan, pacer Digvijay Deshmukh, and all-rounder Prince Balwant Rai .

Their all-rounders comprising the Pandya brothers and Kieron Pollard provide Mumbai Indians with balance. Pollard’s ability as a finisher was on display during the recently concluded Caribbean Premier League.

If Mumbai Indians are to retain their title, the onus has to be on Rohit’s form and his tactical acumen in guiding this high-profile franchise.

A SWOT analysis of Chennai Super Kings will reveal that a majority of their key players are above the 30-year bracket. The impetus may not be on youth but there’s no dearth of experience or desire to win matches.

How else would you describe a side that has been filled with some stalwarts in the game’s shortest format — Mahendra Singh Dhoni, Ravindra Jadeja, Faf du Plessis, Shane Watson, Imran Tahir, Dwayne Bravo... Besides winning the title thrice, they have reached the play-offs in each of the ten seasons they have participated.

They will be handicapped by the absence of Suresh Raina and Harbhajan Singh this season but a lot will depend on Dhoni to help them tide over this crisis.

A lot will also depend on Watson at the top of the order. Be it in the 2018 final where he made 117 not out against Sunrisers Hyderabad in the final or last year’s title showdown against Mumbai Indians when he was run out for 80, he has a habit of turning up for the big games.

CSK will also bank on Jadeja’s all-round abilities and Bravo’s penchant to turn the tide from seemingly lost positions.

Australian Hazlewood’s impeccable accuracy with the new ball and how he combines with Deepak Chahar and Bravo will determine their fate on the slow and insipid wickets of the UAE.

CSK are known to rebound after a hesitant start and Dad’s Army, as they have affectionately been called, can never be discounted with. As Dhoni has always mentioned, age is just a number.