KKR’s second straight defeat meant that Mumbai Indians, who sit atop the points table with 16 points, have sealed their playoffs berth 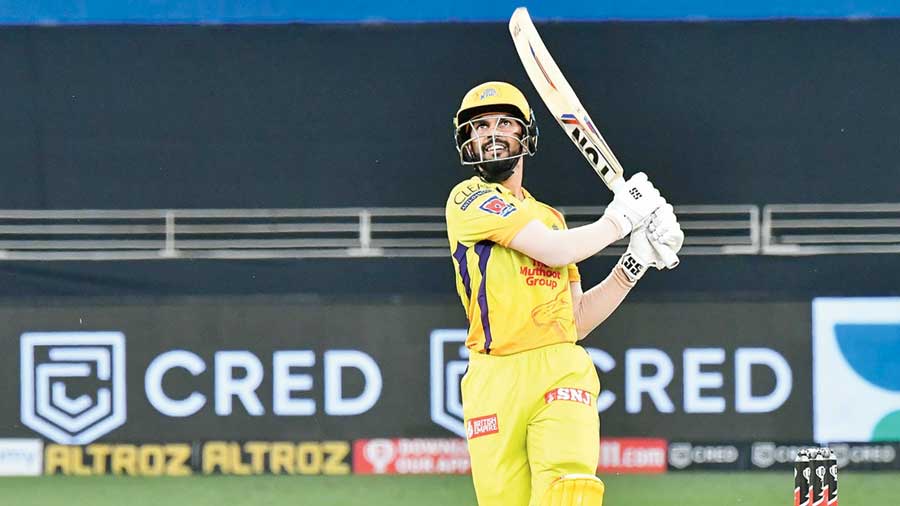 Kolkata Knight Riders once again wilted under pressure to lose against Chennai Super Kings on Thursday.

They first erred in setting up their batting order and later failed to defend 30 runs in the last two overs. As a result, Mahendra Singh Dhoni’s Super Kings, who are not in contention for the playoffs, walked away with a six-wicket win.

Knights’ second straight defeat meant that Mumbai Indians, who sit atop the points table with 16 points, have sealed their playoffs berth.

The Knights remain on fifth spot with 12 points and must win their last league game, against Rajasthan Royals, but even that may not be enough to progress.

Promoting Rinku Singh — replacement for Prasidh Krishna — up the order ahead of captain Eoin Morgan cost them 15-20 runs at least after they were put in to bat.

Rinku, in his first appearance this season, struggled and made no impact coming in at No. 4. At the same time, Morgan had practically no time whatsoever to get his eye in.

It was mainly due to Nitish Rana’s 61-ball 87 and some late strikes by former skipper Dinesh Karthik (21 not out off 10 balls) that the Knights put up 172/5.

His partnership with Ambati Rayudu threatened to take the game away from the Knights, but Varun Chakravarthy bowled captain Dhoni for the second time this season and Sunil Narine kept things tight to make the equation tougher for Super Kings.

However, in the penultimate over of the match, Lockie Ferguson bowled a wide first, then a no-ball and thereafter Jadeja (31 not out off 11 balls) made optimum use of the free hit, launching the pacer for a six. Jadeja got an outside edge for four next to swing the momentum the Super Kings’ way.

The inexperienced Kamlesh Nagarkoti tried his best in the final over where the Super Kings needed 10 to win.

Bowling two dot balls, he made it seven required off the last two balls, but Jadeja was just too good to be tied down.

He finished the game in style with two sixes off the last two balls — one over deep midwicket and the other over wide long-on.