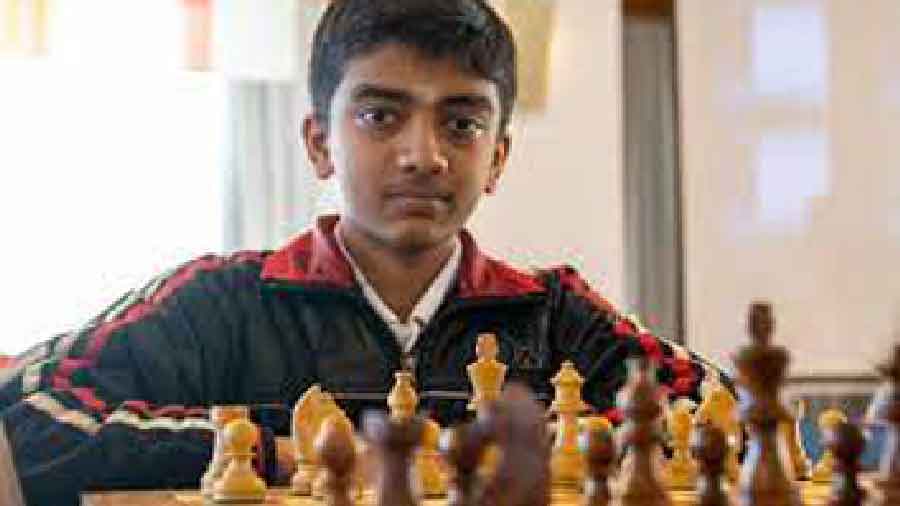 It was a hat-trick of titles for him after he had previously won the La Roda tournament and the Menorca Open in recent weeks.

The 15-year old Gukesh (Elo 2637) settled for a draw with Armenian GM Haik M Martirosyan in the final round to win the title with eight points. He had defeated compatriot and second-seed K Sasikiran in the ninth and penultimate round.

Gukesh, who remained unbeaten through the nine rounds, gained 16 Elo points thanks to his performance here. He has now moved up to no.64 in the world rankings.

The teenaged Indian GM posted six victories and secured four draws for his final tally of eight points. Apart from scoring over Sasikiran, he held the top-seed Jaime Santos Latasa to a draw in the fourth round and No.3 seed Shant Sargysan (Armenia) in round seven.