India dominated the game, amassing 649 for nine in their first innings before bowling out the West Indies twice on day three 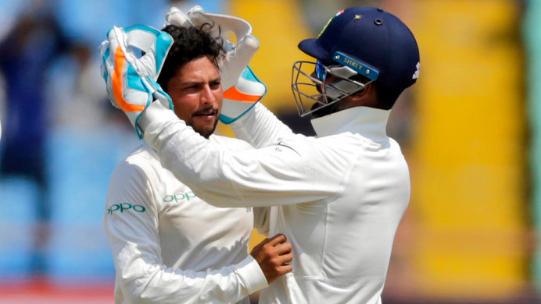 India pulled off their biggest win over West Indies in one of the most ludicrous mismatches in recent times, inflicting an innings and 272-run humiliation in three days in the first Test here on Saturday.

India dominated the game, amassing 649 for nine in their first innings before bowling out the West Indies twice on day three, to take a 1-0 lead in the two-match series.

They were bundled out for 181 in 48 overs before lunch and were forced to follow-on. They did not fare any better in the second innings, crumbling to 196 all out in 50.5 overs in the final session.

While Ravichandran Ashwin (4/37) was the pick of the bowlers in the morning, Kuldeep Yadav (5/57) was all over the opposition batsmen in the second innings on way to a maiden five-wicket haul in Tests. 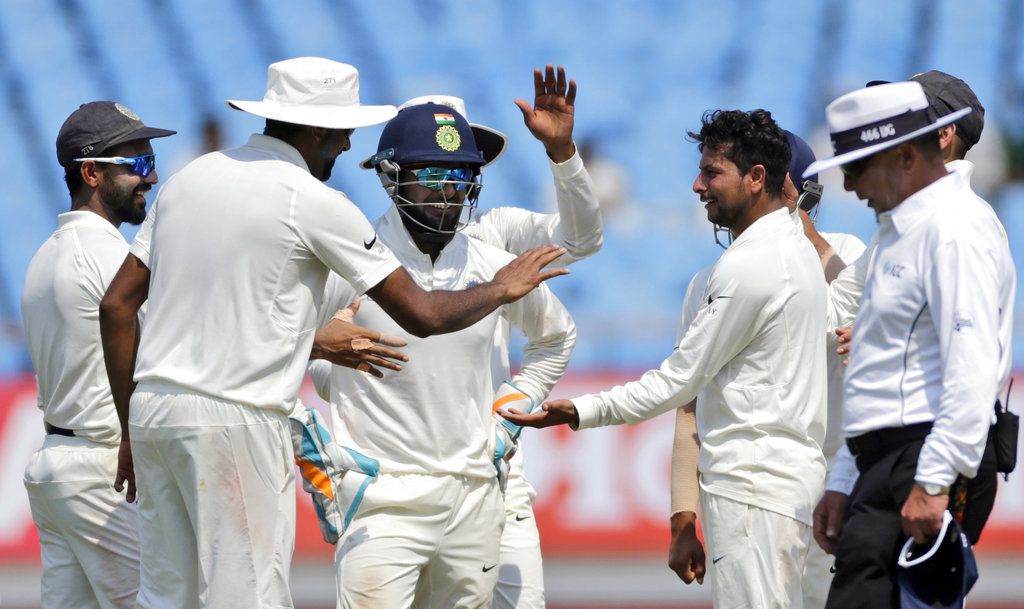 The second and final Test will be played in Hyderabad from October 12-16. The West Indies will have to lift themselves to put up a better performance after being thoroughly outplayed in Rajkot. The absence of captain Jason Holder and pacer Kemar Roach also added to their problems.

For India, the game will be best remembered for the emergence of Prithvi Shaw, who announced his arrival in international cricket with a classy hundred on debut, becoming the youngest from the country to do so in Tests. Virat Kohli and Ravindra Jadeja were the other centurions.