Novak Djokovic to play Stefanos Tsitsipas in the final 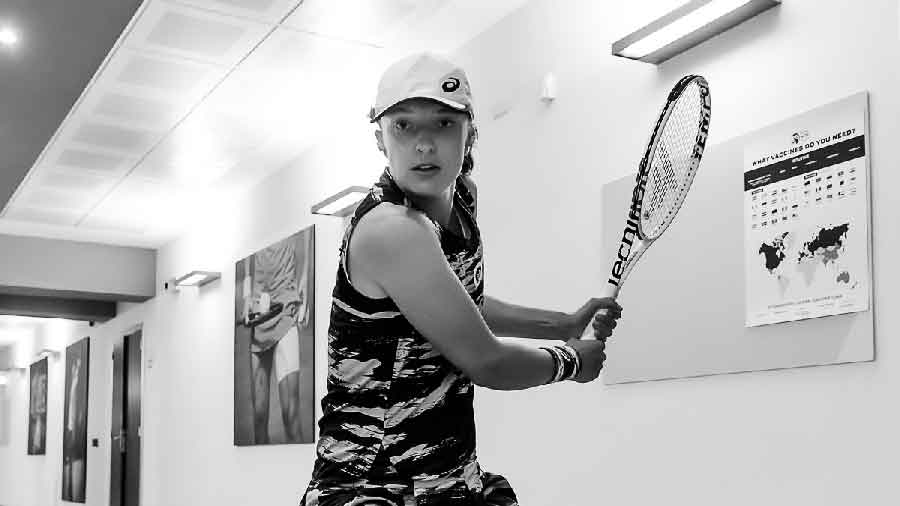 World No.1 Iga Swiatek swept aside third-seeded Aryna Sabalenka 6-2, 6-1 in a lopsided contest in Rome on Saturday to advance to an Italian Open final against Ons Jabeur.

Reigning champion Swiatek extended her winning streak to 27 matches, overpowering Sabalenka in just over an hour to reach her fifth straight WTA final.

The 20-year-old improved her overall head-to-head record with Sabalenka to 3-1, having also won both of their meetings earlier this year - the Stuttgart final and Doha quarter-finals — in straight sets.

Swiatek broke Sabalenka twice in the opening set to build a 3-1 lead before closing it out in around 30 minutes. She continued to apply the pressure in the second set, racing to a 4-0 lead.

World No.8 Sabalenka, who won only two of her service games, received a medical timeout at 4-1 down, but the Pole shrugged off the disruption to wrap up the win soon after.

Swiatek will take on Tunisia’s Jabeur in the final after she beat Daria Kasatkina 6-4, 1-6, 7-5 to claim her 11th victory on the bounce having won her first WTA 1000 title in Madrid last week.

World No.5 Stefanos Tsitsipas reached the final for the first time after the Greek rallied to defeat Alexander Zverev 4-6, 6-3, 6-3 on Saturday.

No. 1 seed Novak Djokovic beat Canadian Felix Auger-Aliassime 7-5, 7-6 (1) to reach the semi-finals on Friday and move within one win of 1,000 career victories.

By reaching the semis in Rome the Serb also retained his world No.1 ranking.

Djokovic and Auger-Aliassime were neck and neck until the Serb broke to lead 5-3 but the eighth seed fought back.