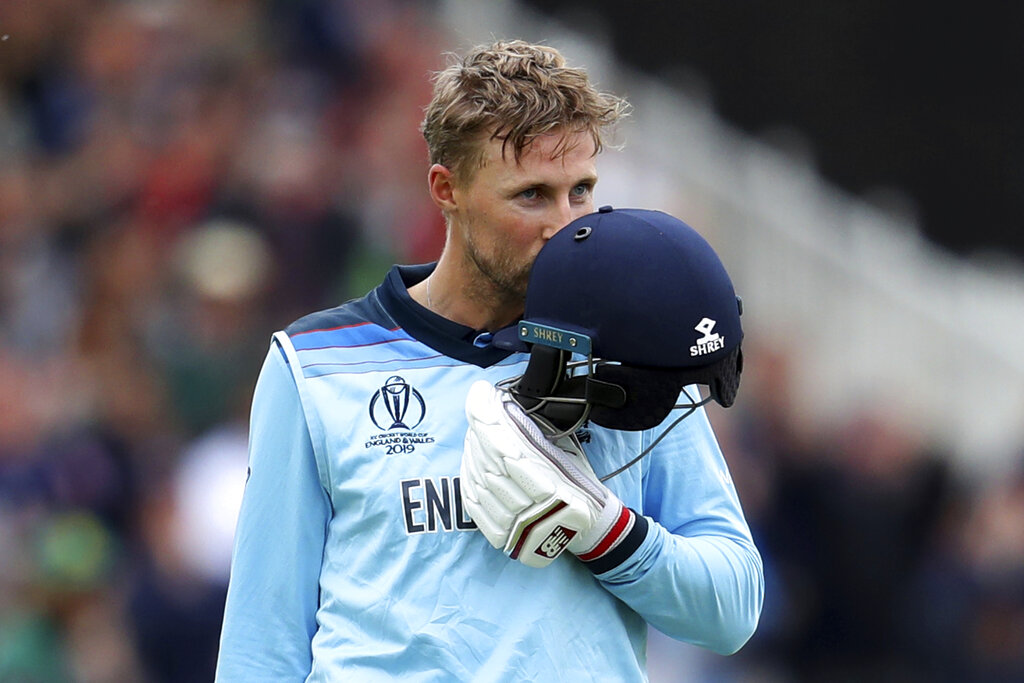 When it comes to playing sheet anchor with a mixture of poise, flair and composure, few can do it better than England’s Mr Dependable. Coming in at number three, Root has been the glue that has held the English batting together. Having already accumulated more than 500 runs in the World Cup, which includes two three-figure scores, Root has to be dismissed early if England are to be derailed in the final. Capable of grinding out runs in any situation, the Englishman has also been handy with the ball, providing a useful part-time option to captain Eoin Morgan. What has been most impressive about Root, however, is his strength to retain his own identity as a batsman, without getting swayed by the power-hitters that surround him in the line-up on all sides. His emphasis on technique and textbook batting may yet produce its greatest exhibition in the final. 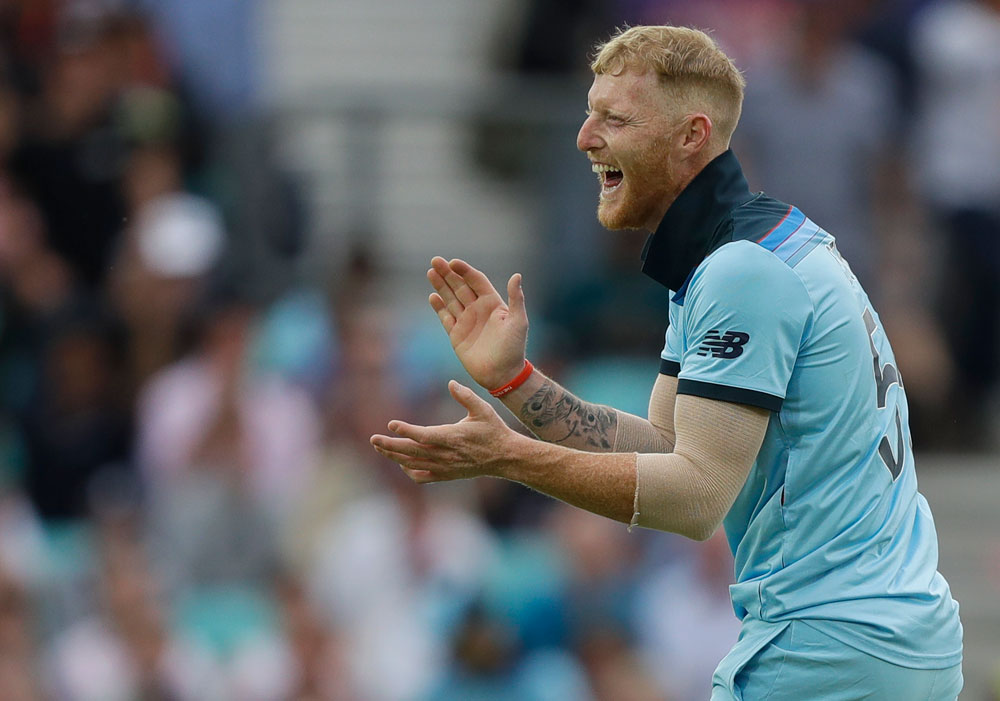 When Ben Stokes took a blinder of a catch in the opening game of the World Cup, adding to his powerful batting and disciplined bowling against South Africa, he set the tone for himself and his team for the rest of the event. Often accused of being unable to step up to the big occasion, Stokes has had a fantastic World Cup, even though some of his finest moments, like the valiant innings against Sri Lanka and Australia in the group phase, have come in losing causes. The best bit about a cricketer like Stokes is that he will always be in the game, whether as a finisher with the bat, a wicket-taker with the ball, or as a showstopper in the field. Having endured a number of frustrating moments over the last two years or so, England’s premier all-rounder will be looking to maximise his all-encompassing impact in the final and leave an entire nation stoked. 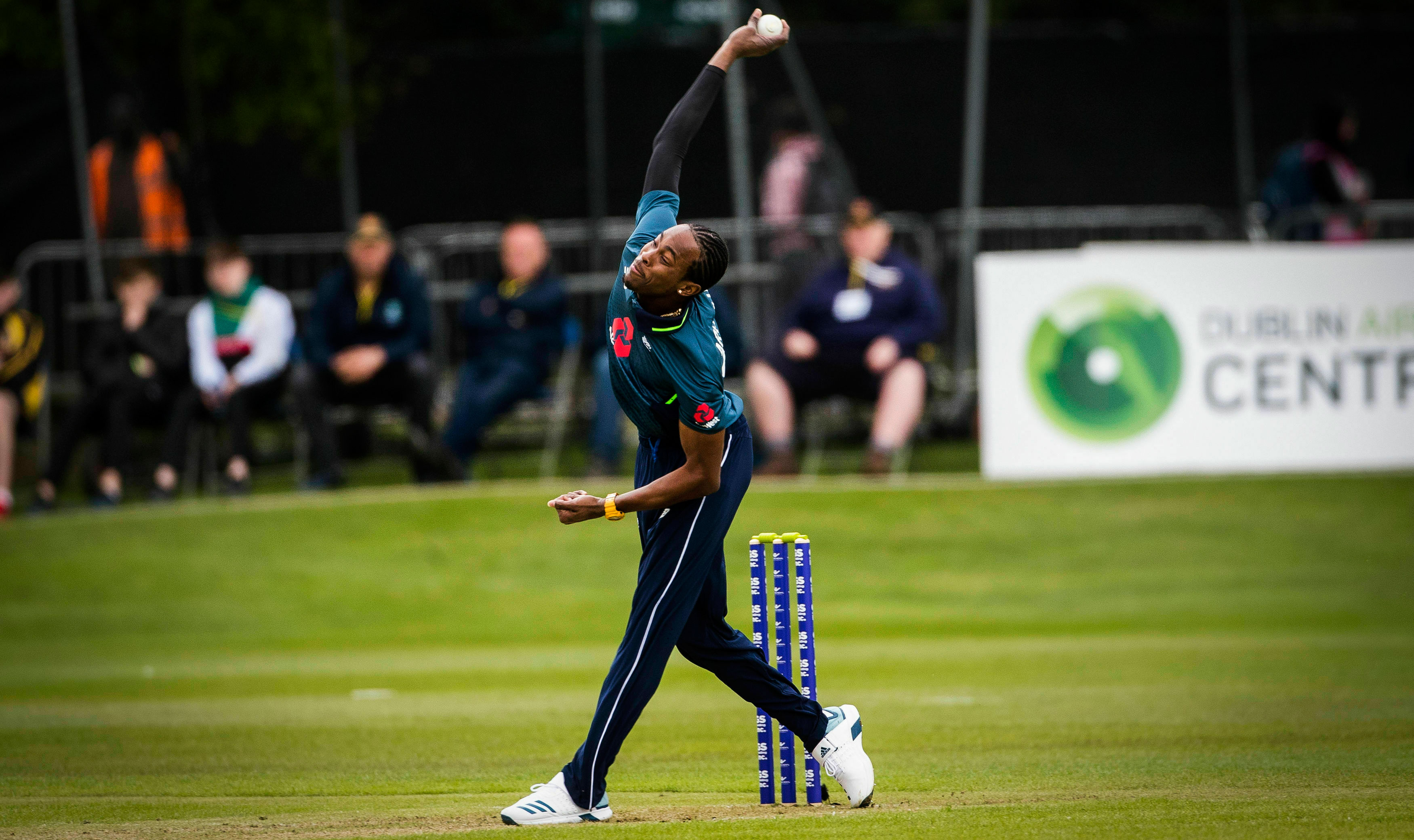 Jofra Archer bowls during the ODI cricket match against Ireland at Malahide Cricket Club, Dublin, on May 3, 2019.
(AP)

It is difficult to imagine that England’s most lethal fast bowler could have missed out on the World Cup altogether, having not been named in the preliminary squad. Thankfully for the hosts, better sense prevailed as Archer was drafted in last minute, a decision that was sensible at the time, but seems like a no-brainer on the cusp of the final. Not only has Archer been England’s leading wicket-taker — striking with both the old and the new ball — his sheer presence has made England’s rivals plan differently and look to take on the other bowlers. With no Jasprit Bumrah in the final, Archer will be the sole representative of Yorker City, hoping to hit the bullseye and uproot some stumps along with Kiwi hopes of lifting the World Cup. 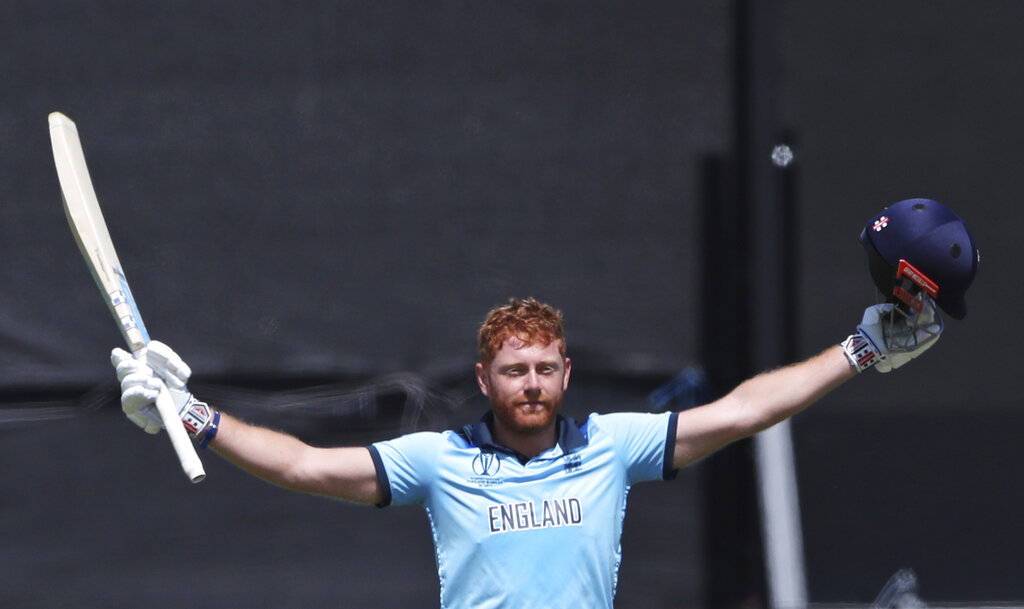 Along with opening partner Jason Roy, Bairstow has set this World Cup alight with some breathtaking batting. Towards the latter half of the group stages, when England needed to win their last two games to stay in the hunt for the prize, Bairstow produced two match-winning hundreds against India and New Zealand to seal a place for the hosts in the last four. There have been tense moments for the Three Lions at this tournament, during which they have faced a fair bit of flack from critics, former England cricketers included. Bairstow has responded to such criticism by talking the talk off the field and walking the walk on it. England would expect that fiery streak to continue in the final where the Yorkshireman will be intent on going all guns blazing 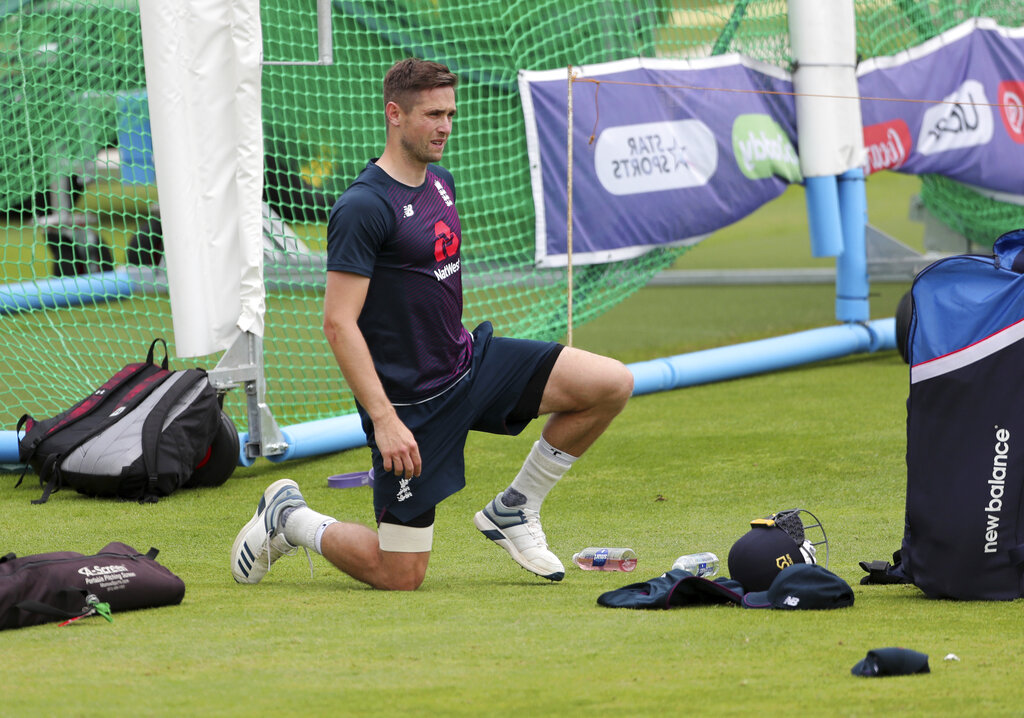 England's Chris Woakes prepares to bat in the nets a training session ahead of the Cricket World Cup final match against New Zealand at Lord's cricket ground in London, England, Saturday, July 13, 2019.
(AP)

One of the unsung heroes of England’s World Cup journey so far, Woakes has been ever-reliable with the ball, both at the start and at the end of the innings. Against Australia in the semi-final, Woakes led the way with three wickets and a miserly economy rate, conceding just 20 runs in his eight overs. While much of the attention from the opposition has been on the prodigious Jofra Archer and the wily spin of Adil Rashid, Woakes has slipped under the radar with a series of impressive displays. Come the final, Woakes should have another industrious showing, and could even chip in with the bat should England require, as he did against the West Indies earlier on in the competition. 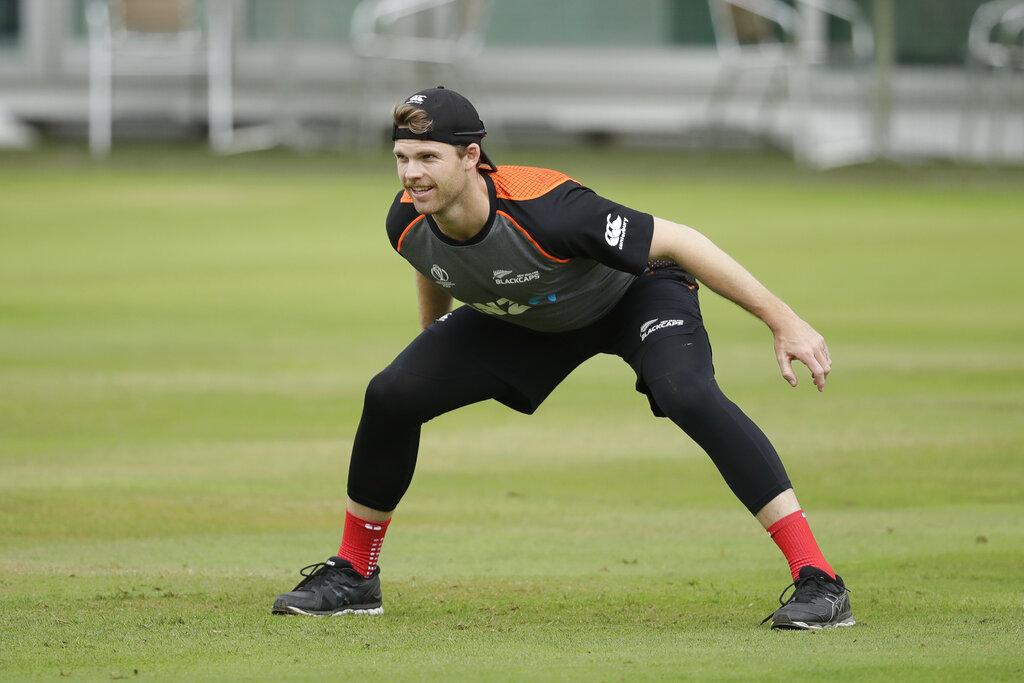 Not a lot was said or heard about Lockie Ferguson en route to the World Cup. He seemed, at best, a fall-back option for Williamson and Co. But as the tournament has unravelled, the 28-year-old has been New Zealand’s most effective bowler. Deceptively quick, full of tricks and variations, and equipped with a smart cricketing brain, Ferguson has already bagged 19 wickets at the World Cup, and shows no signs of stopping in the final. Not afraid to be smashed around, but always in the game due to his knack for breakthroughs, it is characters like Ferguson who have given some much-needed zest to the Kiwi camp, a unit that has often been guilty of running out of steam in the latter stages during previous World Cups. 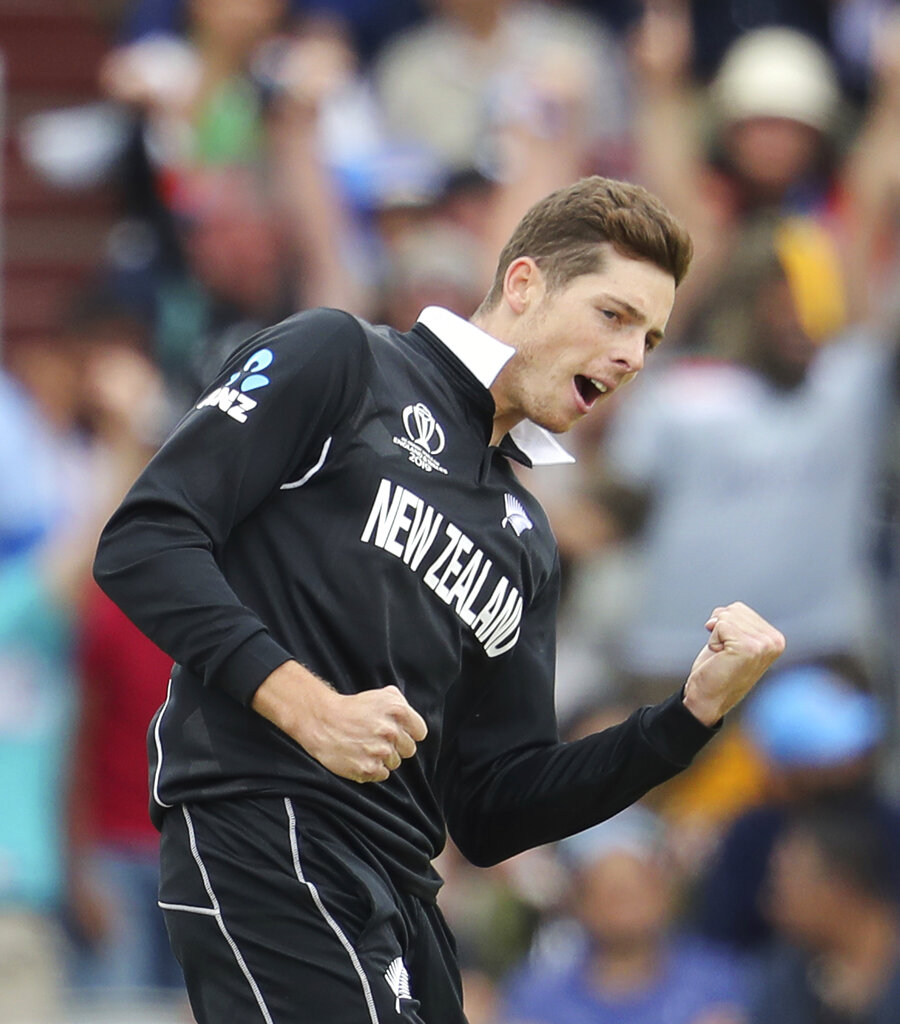 When Daniel Vettori hung up his boots, few could have imagined that New Zealand would soon find a like-for-like replacement. While Santner has a long way to go before he can be compared to the former Kiwi captain, the former has been quietly carving out his own niche in the annals of New Zealand cricket. Just like Vettori, Santner is not a big spinner of the ball, with his metronomic precision and outstanding economy being his greatest strengths. Big games are often won and lost in the middle overs, and with Santner, New Zealand will look to assert their authority during this stage with the ball. Add to that Santner’s pinch-hitting abilities with the bat, and here is a player who should be instrumental in determining the fate of the finale. 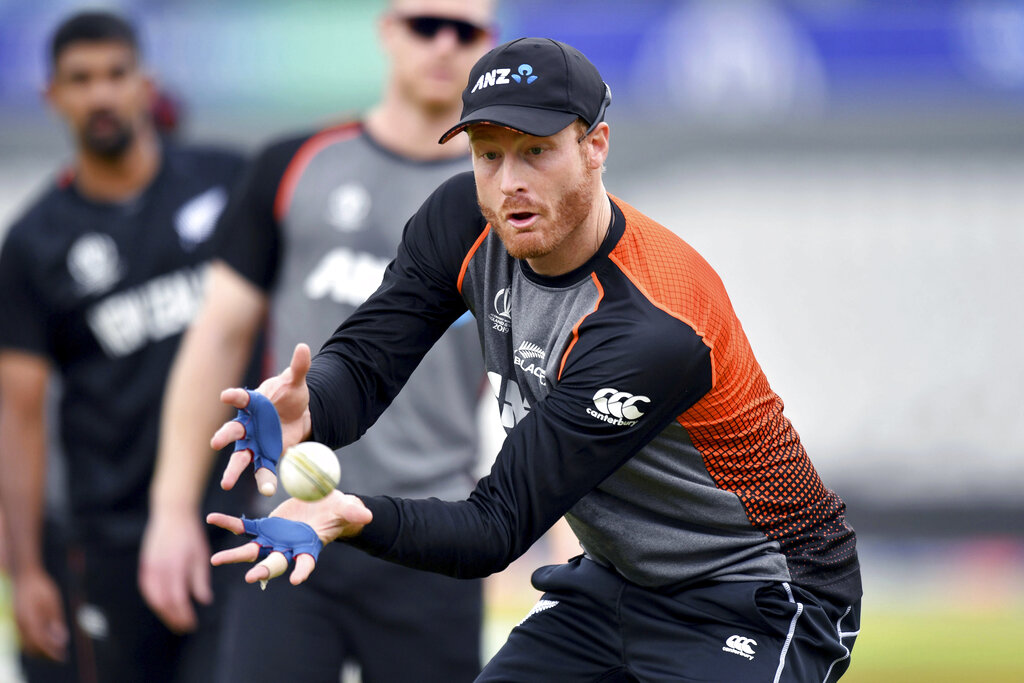 New Zealand’s explosive opening batsman has had a disastrous World Cup so far with the bat. After emerging as the leading run scorer in the last edition of the tournament in 2015, Guptill has endured a woeful run in England, amassing a paltry tally of 167 runs before the final, which includes two ducks. In spite of his sustained misery with bat in hand, Guptill has been electric in the field, and could well have provided the most definitive contribution to the Kiwis’ World Cup campaign by running Mahendra Singh Dhoni out in the first semi-final. As the ultimate showdown beckons, one gets the feeling that Guptill could redeem himself with the bat, much like another opener (Adam Gilchrist) did in the 2007 final. Even if his batting heroics do not bear fruit, expect Guptill to be decisive as ever with his catching, spectacular inner ring fielding and bullet throws from the deep. 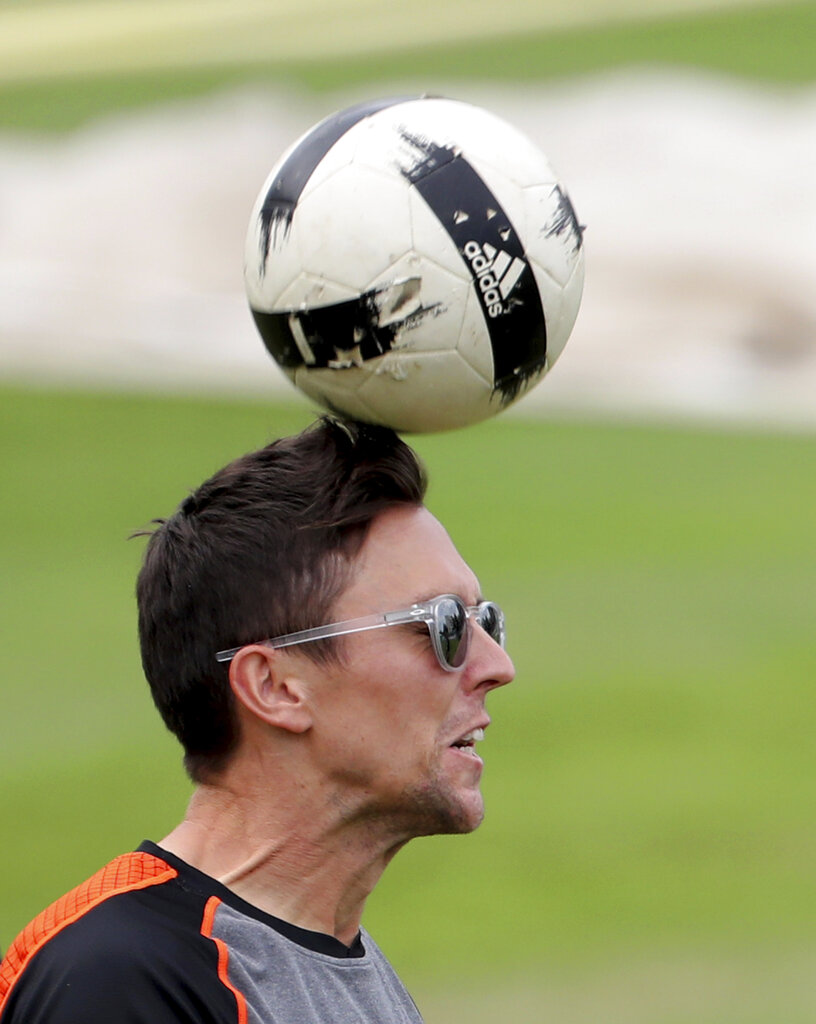 Matt Henry may have rattled India’s top batsmen in the semi-final blitzkrieg with three early scalps, but Trent Boult from the other end was just as vital in the opening onslaught. Not to mention, the left-arm speedster got the all-important wicket of Kohli. Capable of swinging the new ball both ways, Boult will have to be negotiated carefully by opposition openers in the initial exchanges. His overs at the death will be imperative, too, especially in a high-scoring game where Boult’s yorkers can be a handful. Having claimed 19 wickets at the World Cup already, New Zealand’s go-to bowler is on a mission. The last two world champions have both had gifted left-armers leading their attacks to glory. Zaheer Khan did it for India in 2011, while Mitchell Starc shone for Australia in 2015. Will it be Trent Boult’s turn this time around? 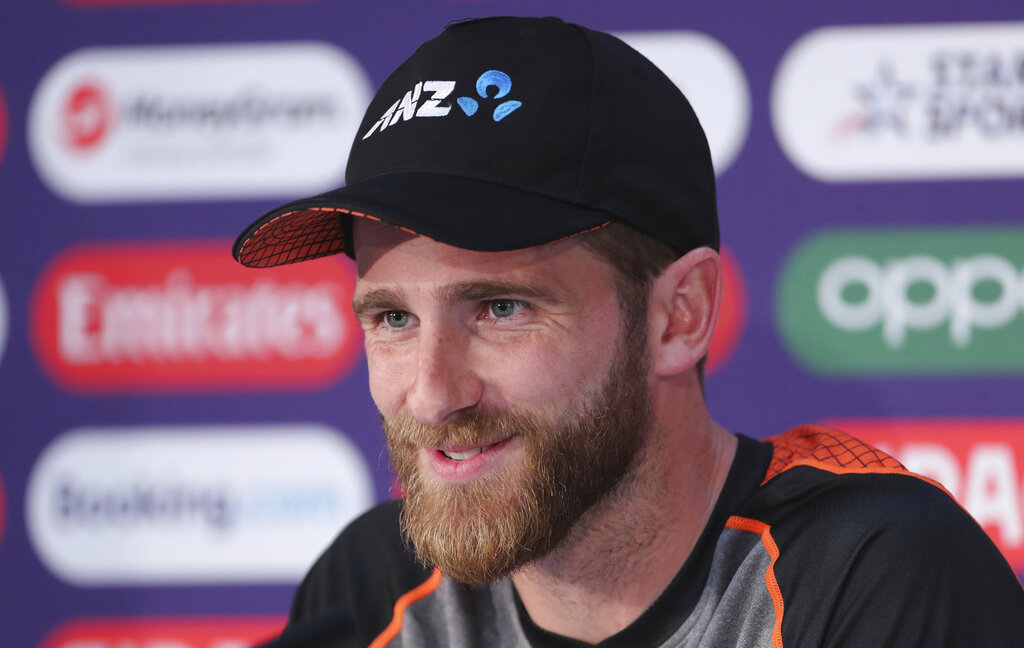 The New Zealand skipper’s unassuming brilliance has been the foundation for the Black Caps’ second consecutive run to the final. Not only has Kane been his side’s leading light with the bat, he has also been proactive in the field, giving his bowlers the best possible chance with his calculated leadership. Having already scored two tons at the World Cup, including a gutsy match-winning 148 not out against South Africa, Kane has been the fulcrum around which New Zealand’s batting has revolved. As captain, he has been quick to learn from his mistakes — after letting Australia off the hook at a critical juncture in the group stages with defensive ploys, Kane went for the kill against India, bringing in his leading pacers at the right time to bury the opponent’s hopes. While he may not have the stardom of Virat Kohli, the elegance of Joe Root, or the razzmatazz of Steven Smith, Kane’s steadiness could yet make him the most fabulous of world cricket’s so-called Fab Four, come the end of the final.