Advertisement
Home / Sports / I will rate this one of my biggest wins: Srikanth

I will rate this one of my biggest wins: Srikanth 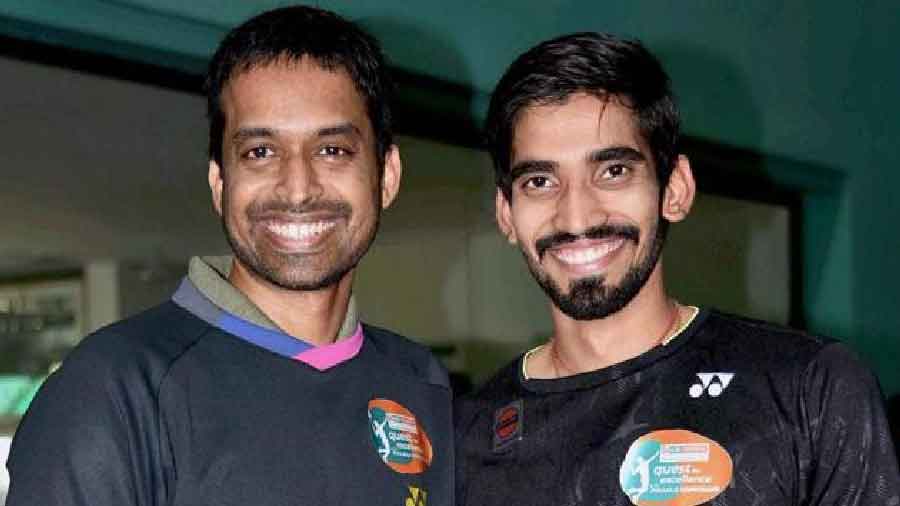 One of the architects of Indian badminton team's historic Thomas Cup triumph, Kidambi Srikanth described it as one of the best achievements in his career.

An unheralded Indian men's team notched up a dominating 3-0 win over 14-time champions Indonesia to lift the Thomas Cup for the first time with Srikanth playing a crucial role as he stayed unbeaten in the tournament.

"Individual events are always different to team events and we hardly get to play team events and Thomas Cup finals are the biggest team events. So to win such a big event is a really big moment. It will actually take a while, before you know what has actually happened," Srikanth said during a virtual press conference.

"I will rate this one of my biggest wins and I am happy that everyone played extremely well. I dont think this is one individual's win, it is about all 10 players, Everyone stepped up when it mattered."

Srikanth, who had claimed a silver medal at the World Championships in Spain last December, said he can't compare his wins but it was one of his biggest in his career.

"I did well at world championships in December as well, this is another event where I did well. I just can't compare any of my wins, I don't want to rank any of my wins, all of them are important.

"It is definitely one of the biggest wins, best in in terms of tournaments and one of my best performances."

Srikanth said winning for the country was a big motivating factor for the team.

"In any major event be it Commonwealth Games, Asian Games, Thomas and Uber Cup, world championships, none of them have prize money. But when you win, in this tournament, this is for the country, After we won, people said India won Thomas Cup, it was not Srikanth or Prannoy, so it itself was a special feeling," he said.

"I don't think every one will have the privilege to experience it, it is us 10 players and coaching staff who have experienced it now and it will motivate others to do well. So the motivating factor was that we won this for the country."

Coming into the match after two defeats against Jonatan Christie, Srikanth produced a superb show to notch up a 21-15 23-21 win over the Asian Games gold medallist.

"I was just taking him on, trying to play consistently, but he played well after the 11 point break in the second game. I am just happy that I could play whatever I thought of playing, I could finish off the match and give that win to the country."

There were criticisms when he was exempted from the selection trials and directly included in the squad.

Asked if he had shut the critics with his performance, Prannoy said: "Defintely, I would say I did. I have always performed under pressure and to be part of this kind of team I am really proud of.

"I am really thankful to association for choosing me as third singles. I always wanted to be a part of Thomas Cup and I would have regretted if I was not chosen. I am extremely happy.

"Thanks to everyone for supporting me and I think I have done justice with my performance. Nothing has sunk in yet, it will take couple of days more, we have to celebrate it big time."

Prannoy said they always had the self belief to go the distance and all they needed was the support of each other.

"I think the feeling was always there, before coming also, we had that belief this is the team which can contend for the title but the quarterfinal match was a crucial one because it was a big pressure because we knew we still didn't have the medal at hand.

"But all of us stepped up at right time, after that the belief started getting better and we were playing 25 per cent more than the previous matches."

PM invites shuttlers to his residence