Hat-trick of wins for Habas’ boys

Krishna, the super poacher, was in the right place at the right time to head the ball home 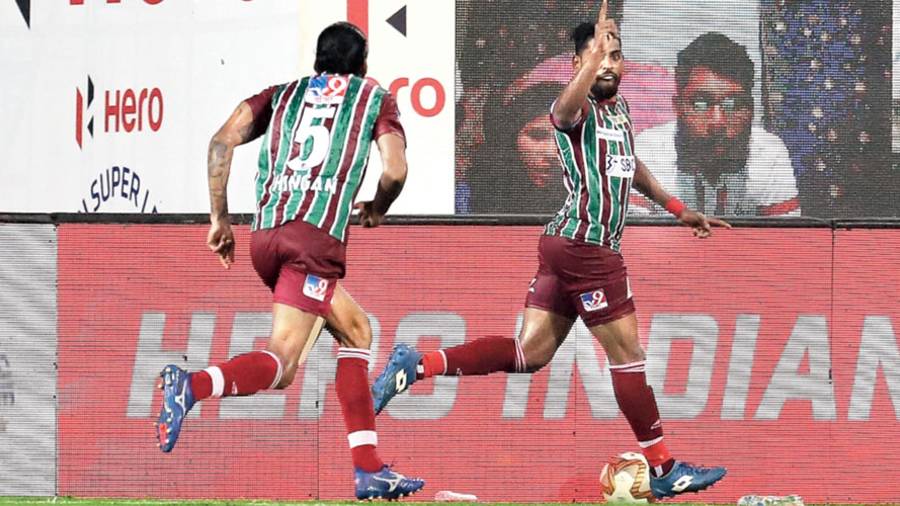 ATK Mohun Bagan, powered by star striker Roy Krishna, continued with their impressive start to this season’s Indian Super League (ISL) as they edged past the challenge of Odisha FC by a solitary goal at the Fatorda Stadium in Goa on Thursday.

It’s three out of three for both ATK Bagan and Krishna. Antonio Lopez Habas’s boys have won all their matches so far and Krishna has scored in all three wins.

Odisha FC threatened to halt ATK Bagan’s winning run but Krishna headed in the winner in the last minute of added time to earn his team full points. The goal came off a set-piece. A free-kick from near the half-way line was floated into the box and Sandesh Jhingan nodded it towards the six-yard box. Krishna, the super poacher, was in the right place at the right time to head the ball home.

Both teams made one change to their line-ups. While Manvir Singh started for ATK Bagan, striker Diego Mauricio was in Odisha FC’s line-up.

The first half of the game saw both the sides failing to make use of the opportunities that came their way. While an unmarked Jacob Tratt of Odisha FC wasted the chance of a free header inside the opponent’s six-yard box in the 35th minute, ATK Bagan’s Krishna failed to capitalize on a couple of good chances near the goalmouth.

The second half witnessed better intent from both the sides. Just before the hour mark, ATK Bagan had the ball in the back of the net courtesy an own goal by Odisha following a goalmouth scramble. However, the referee ruled out the goal after spotting a handball by an ATK Bagan player in the build-up.

Habas’s team went for the kill in the final 10 minutes of the game, spending more time near Odisha’s penalty box. Substitute Bradden Inman longranger in the 85th minute was thwarted by the Odisha goalkeeper.

But just when it seemed that the teams would share points, Fijian Krishna scored his third goal of the league to change the scoreline in ATK Bagan’s favour.