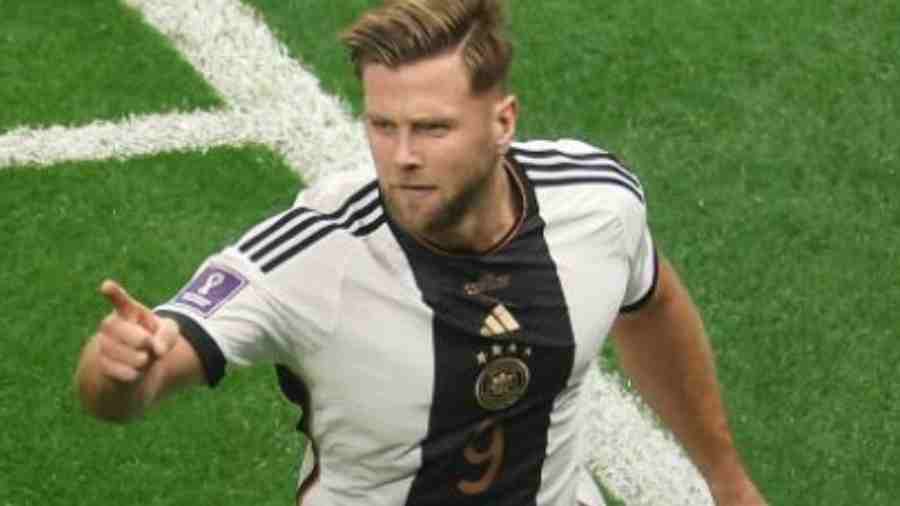 It’s not over for Germany yet.

Hansi Flick’s men held the effervescent Spain to a 1-1 draw to keep their hopes of qualifying for the last-16 alive at the ongoing FIFA World Cup in Qatar.

After Alvaro Morata scored in the 63rd minute to put La Roja ahead, the Germans fought back via a Niclas Fullkrug goal to hold on to a stalemate.

The last time Croatia scored four goals in the World Cup finals, it was in 2014. They've done it again, this time against Canada. Goals from Andrej Kramaric, Marko Livaja and Lovro Majer did it for the Croats. Canada are now eliminated from the tournament.

Another upset at the World Cup. This time it's Belgium, who lost to Morocco 0-2 in the ongoing FIFA World Cup in Qatar. Goals from Roman Saiss and Zakaria Aboukhlal enured the Red Devils were cornered.

Japan squandered an opportunity to advance early to the World Cup last 16 after Keysher Fuller's goal 10 minutes from time gave Costa Rica a surprise 1-0 win in a match in which they had barely any chances, reports Reuters.

The Samurai blue failed to ride the momentum of their shock win over Germany and will rue missed opportunities after showing little creativity against a Costa Rican side who defended resolutely after their 7-0 drubbing by Spain last time out.

Against the run of play, in Costa Rica's only effort on target in the entire match, Fuller curled a shot from the edge of the area beyond the reach of keeper Shuichi Gonda and into the net, leaving Japan stunned.

Japan battled hard to salvage something from the game but smuggled to create space and panicked in the dying moments.

The result left Japan with a tough challenge to advance to the knockout stages, with Spain their final Group E opponents on Thursday.

The game between Japan and Costa Rica in World Cup Group E saw little action in the opening 45 minutes and was locked at 0-0 at halftime at the Ahmad bin Ali Stadium on Sunday, reports Reuters.

Japan created their only decent chance in the 13th minute when winger Ritsu Doan sent in a dangerous ball across the face of goal but none of his team mates were able to reach it.

Coach Hajime Moriyasu has rewarded Ritsu Doan with a start in Japan's second Group E game against Costa Rica on Sunday after he scored as a substitute in Wednesday's stunning World Cup upset of Germany.

Doan's promotion was one of five changes to the starting line-up from the Germany match, with Miki Yamane coming into the defence in place of Hiroki Sakai.

Hidemasa Morita, Yuki Soma and Doan come into midfield with Ao Tanaka, Takefusa Kubo and Junya Ito dropping out, while Ayase Ueda will start up front in place of Daizen Maeda.

Costa Rica coach Luis Suarez largely kept faith with the team that suffered a humiliating 7-0 loss at the hands of Spain in their group opener. Gerson Torres comes in for Jewisson Bennette in midfield, while Kendall Waston will line-up in a five-man defence in place of Carlos Martinez.

How big was Japan’s 2-1 upset of Germany in the opening round of the World Cup?

Newspapers in Japan used the term “Daikimboshi” from sumo wrestling to describe the magnitude of the surprise: when a low-ranked wrestler overpowers a grand champion. The victory has also been compared to Japan’s 34-32 upset of powerful South Africa in the 2015 rugby World Cup in England.

Japan was the underdog against four-time champion Germany, but it will be a strong favourite in its next Group E match against Costa Rica, where a victory could move the Samurai Blue into the knockout stage with a game to spare. A loss for Costa Rica on Sunday would eliminate it from advancing. Costa Rica face Germany in their final match and Japan go against Spain.

Japan in sight of last-16

Your Starting XIs for #JPN and #CRC are here!#FIFAWorldCup | #Qatar2022

9:30 PM, Croatia need to get act together, and fast

Croatia’s World Cup appearances have all resulted in group-stage exits or expectation-busting runs to the semi-finals or beyond, and while just one game into Qatar 2022, Sunday’s match against Canada already has a makeor-break feel about it.

A 0-0 draw against Morocco on Wednesday, in which Zlatko Dalic’s side had only two attempts on target, has already left them two points adrift of group leaders Belgium, who eked out a 1-0 victory over the Canadians in their opener.

Croatia need to get act together

When the World Cup draw came out in April, one of the highlights of the group stage was Sunday’s Spain vs Germany at Al Bayt Stadium.

Eight months later, the game between the two former world champions and pre-tournament favourites gained even more prominence thanks to Germany’s surprising loss to Japan in their opener in Qatar.

Germans up against Spain's tiki-taka