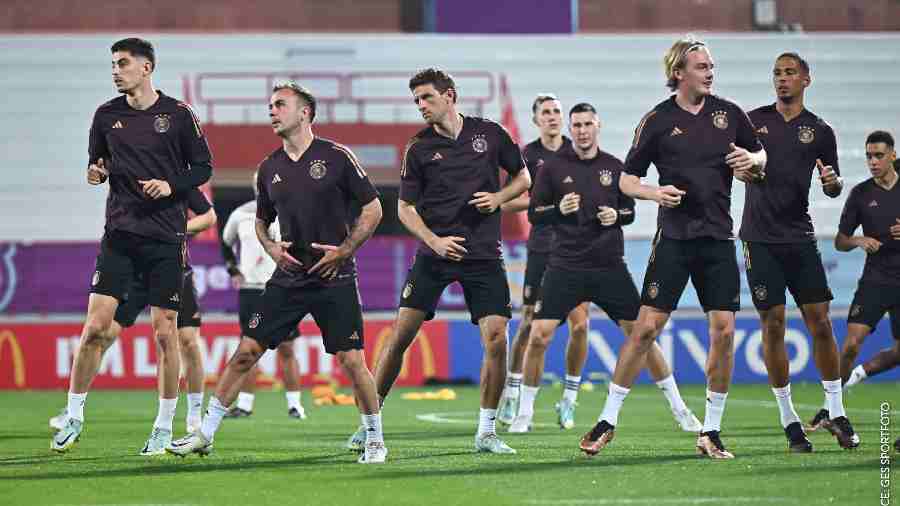 When the World Cup draw came out in April, one of the highlights of the group stage was Sunday’s Spain vs Germany at Al Bayt Stadium.

Eight months later, the game between the two former world champions and pre-tournament favourites gained even more prominence thanks to Germany’s surprising loss to Japan in their opener in Qatar.

Another setback against Spain this weekend and Germany may be heading home early for the second straight World Cup. A loss — coupled with at least a draw by Japan against Costa Rica earlier on Sunday — will mean elimination for the four-time champions.

Spain, meanwhile, will be looking to secure their spot in the next stage and reinforce their status as one of the top title contenders following an impressive 7-0 rout of Costa Rica in their opener. The signs are not encouraging for Germany.

Their most recent match against Spain was an embarrassing 0-6 defeat in the Nations League two years ago. Their last win against “La Roja” came in a friendly eight years ago.

Against Japan, holding a 1-0 lead after a dominant first half, Germany crumbled after the break, allowing the Samurai Blue to score twice late in the game due to a string of individual mistakes, including from central defender Niklas Suele for the second goal.

While most of the discussion prior to their first game had focused on whether manager Hansi Flick would deploy a natural centre forward like Niclas Fuellkrug from the start, Germany’s backline has long been a cause for concern and recent results highlight the need for immediate improvement.

Flick told a media conference on Saturday that they got some things wrong against Japan.

“I think there were some situations where we made a lot of mistakes. We got things wrong. I tried to explain that to the team, because it’s important for them to understand and then to implement, and to make sure that they can do what they’ve been told. We talked about the loss against Japan. We’re really about our philosophy, how we want to play football. And, of course, we’re going to try to do better tomorrow (Sunday),” he said.

Expectations around Spain’s young squad were raised after its outstanding performance against Costa Rica, when the team reintroduced “tiki-taka” ball-possession style and 18-year-old Gavi became the youngest World Cup scorer since Pelé in 1958.

The seven goals they scored against Costa Rica matched Spain’s tournament total from Russia in 2018.

“The result gives us a big boost,” Spain coach Luis Enrique said. Spain haven’t lost to Germany in official competitions since the 1988 European Championship, with two draws and three wins since then.

Written with inputs from AP/PTI & Reuters