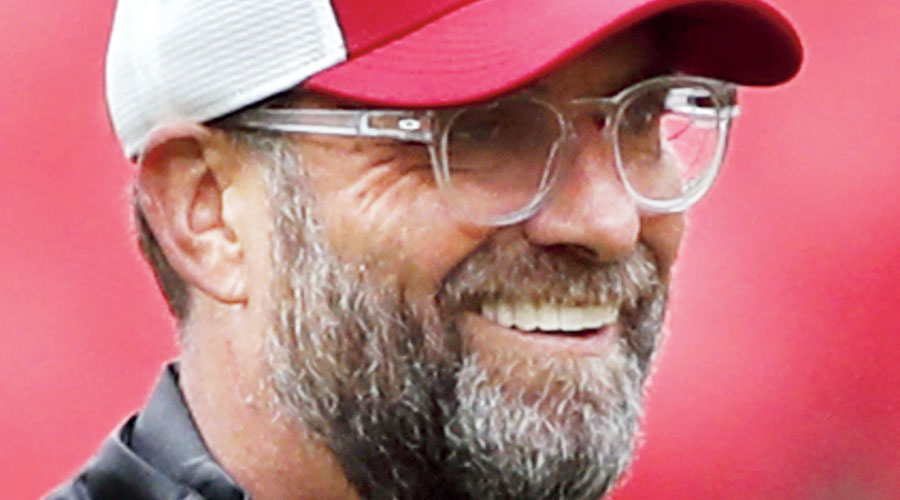 Liverpool manager Juergen Klopp has heaped praise on Ralf Rangnick, telling reporters on Friday that his German compatriot’s likely arrival at Manchester United was “not good news” for other teams in the Premier League.

Rangnick, who has previously coached the likes of Schalke 04, Hoffenheim and RB Leipzig and is currently head of sports and development at Lokomotiv Moscow, is close to being appointed as the sinterim manager at Old Trafford, according to multiple British media reports.

“It’s a bit tricky, we usually don’t talk until they are confirmed,” Klopp said ahead of Liverpool’s home game against Southampton on Saturday.

“He is obviously a really experienced manager. Unfortunately a good coach is coming to England and Man United. He famously built two clubs from nowhere. United will be organised, which is not good news.”

Klopp added that the 63-year-old Rangnick was highly regarded among coaches back home and had done an “incredible” job at all the clubs he had led in Germany.

Liverpool, who had swept past Arsenal, face a stern test against a Southampton side who have won three of their last five games in the league to move into 13th position with 14 points from 12 games.

“Ralph Hasenhuttl (the Southampton manager) is obviously doing well, building a proper team there for each game and especially when they expect not to have the majority of possession,” Klopp said. “They are well organised, I have to say. Very well drilled team and you have to be creative to break them down. They don’t concede a lot of goals, a lot of shots on target. So, that’s one of the issues we have to find solutions for.”

Liverpool are third in the table, four points off leaders Chelsea. Klopp added that Liverpool needed to concede fewer goals to stay in the title race.

“It’s not a crazy number (11 goals conceded) for a team around the top of the table but we concede too many, that’s why we need to be a well-balanced team,” he said.